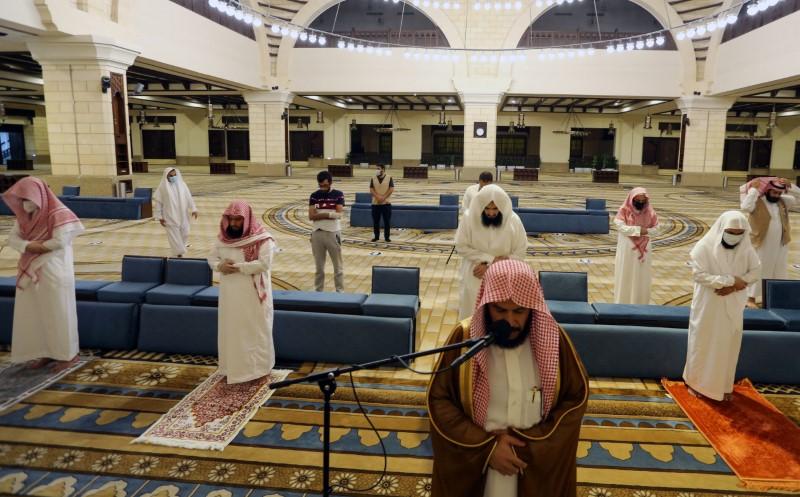 RIYADH (Reuters) – Saudi Arabia’s mosques opened their doors to worshippers on Sunday for the first time in more than two months as the kingdom, the birthplace of Islam, eased restrictions imposed to combat the coronavirus.

“It is great to feel the mercy of God and once again call people for prayers at mosques instead of at their homes,” said Abdulmajeed Al Mohaisen, who issues the call to prayer at Al Rajhi Mosque, one of the largest in the capital Riyadh.

The elderly, children under 15 and people with chronic diseases are not permitted. People must perform the ablution rite, the act of washing the face, arms and legs before prayer, at home.

“My eyes filled with tears when I entered the mosque and when I heard the call to prayer. Thank God for this blessing that we are back to the houses of worship,” Said Maamoun Bashir, a Syrian resident in Riyadh.

Saudi authorities said earlier this month that restrictions would be lifted in three phases, culminating in a curfew ending on June 21, with the exception of the holy city of Mecca.

The haj and umrah pilgrimages, which attract millions of Muslims from around the world, remain suspended.

The country of some 30 million has reported more than 83,300 infections and 480 deaths from the disease, the highest among the seven Gulf Arab states.