RIYADH/DUBAI (Reuters) – Saudi Arabia said armed drones had struck two oil pumping stations in the kingdom on Tuesday in what it called a “cowardly” act of terrorism two days after Saudi oil tankers were sabotaged off the coast of the United Arab Emirates. 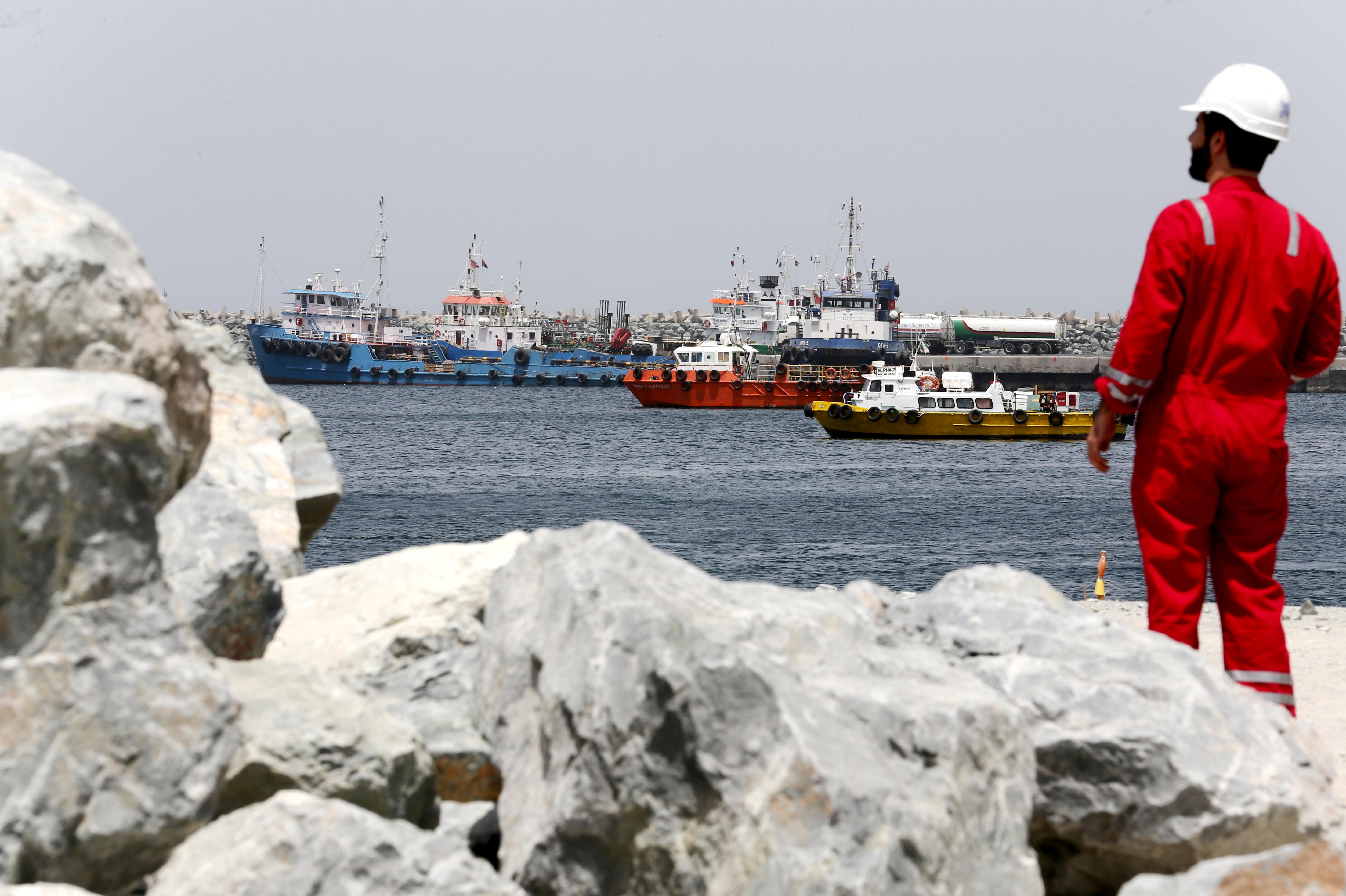 The energy minister of the world’s largest oil exporter said the attack caused a fire, now contained, and minor damage at one pump station, but did not disrupt oil production or exports of crude and petroleum products.

“These attacks prove again that it is important for us to face terrorist entities, including the Houthi militias in Yemen that are backed by Iran,” Falih said in an English-language statement issued by his ministry.

A Saudi-led coalition has been battling the Houthis for four years in Yemen to try to restore the internationally recognized government, in a conflict widely seen as a proxy war between Saudi Arabia and Iran.

The Houthis have repeatedly launched drone and missile attacks on Saudi cities, but two Saudi sources told Reuters this was the first time an Aramco facility was hit by drones.

State-run Aramco said it had temporarily shut down the East-West pipeline, known as Petroline, to evaluate its condition. The pipeline mainly transports crude from the kingdom’s eastern fields to Yanbu port, which lies north of Bab al-Mandeb.

The attacks occur amid a war of words between Washington and Tehran over sanctions and U.S. military presence in the region.

The Saudi stock index, which suffered two days of heavy losses, opened 1.5% higher but was trading down 0.3% at 1200 GMT. A Saudi-based banker told Reuters that state funds were supporting local stocks to limit the downside.

The UAE has not revealed details about the nature of the attack on ships near Fujairah port, which lies just outside the Strait of Hormuz, or blamed any party or country.

Iran was a prime suspect in the sabotage on Sunday although Washington had no conclusive proof, a U.S. official familiar with American intelligence said on Monday.

Iran has denied involvement and described the attack on the four commercial vessels as “worrisome and dreadful”. It has called for an investigation.

The U.S. ambassador to Saudi Arabia said Washington should take what he called “reasonable responses short of war” after it had determined who was behind the attacks near Fujairah.

“We need to do a thorough investigation to understand what happened, why it happened, and then come up with reasonable responses short of war,” Ambassador John Abizaid told reporters in the Saudi capital Riyadh in remarks published on Tuesday.

The U.S. embassy in the UAE advised its citizens to maintain a high level of vigilance on heightened tensions in the region.

Washington has increased sanctions on Tehran, saying it wants to reduce Iranian oil exports to zero, after quitting the 2015 nuclear pact between Iran and global powers last year.

The U.S. Maritime Administration said last week that Iran could target U.S. commercial ships including oil tankers sailing through Middle East waterways. Tehran has called the U.S. military presence “a target” rather than a threat.

A fifth of global oil consumption passes through the Strait of Hormuz from Middle East crude producers to markets in Asia, Europe, North America and beyond. The narrow waterway separates Iran from the Arabian Peninsula.

Iran’s Revolutionary Guards threatened last month to close the chokepoint if Tehran was barred from using it.

U.S. President Donald Trump wants to force Tehran to agree a broader arms control accord and has sent an aircraft carrier and B-52 bombers to the Gulf in a show of force against what U.S. officials have said are threats to U.S. troops in the region.