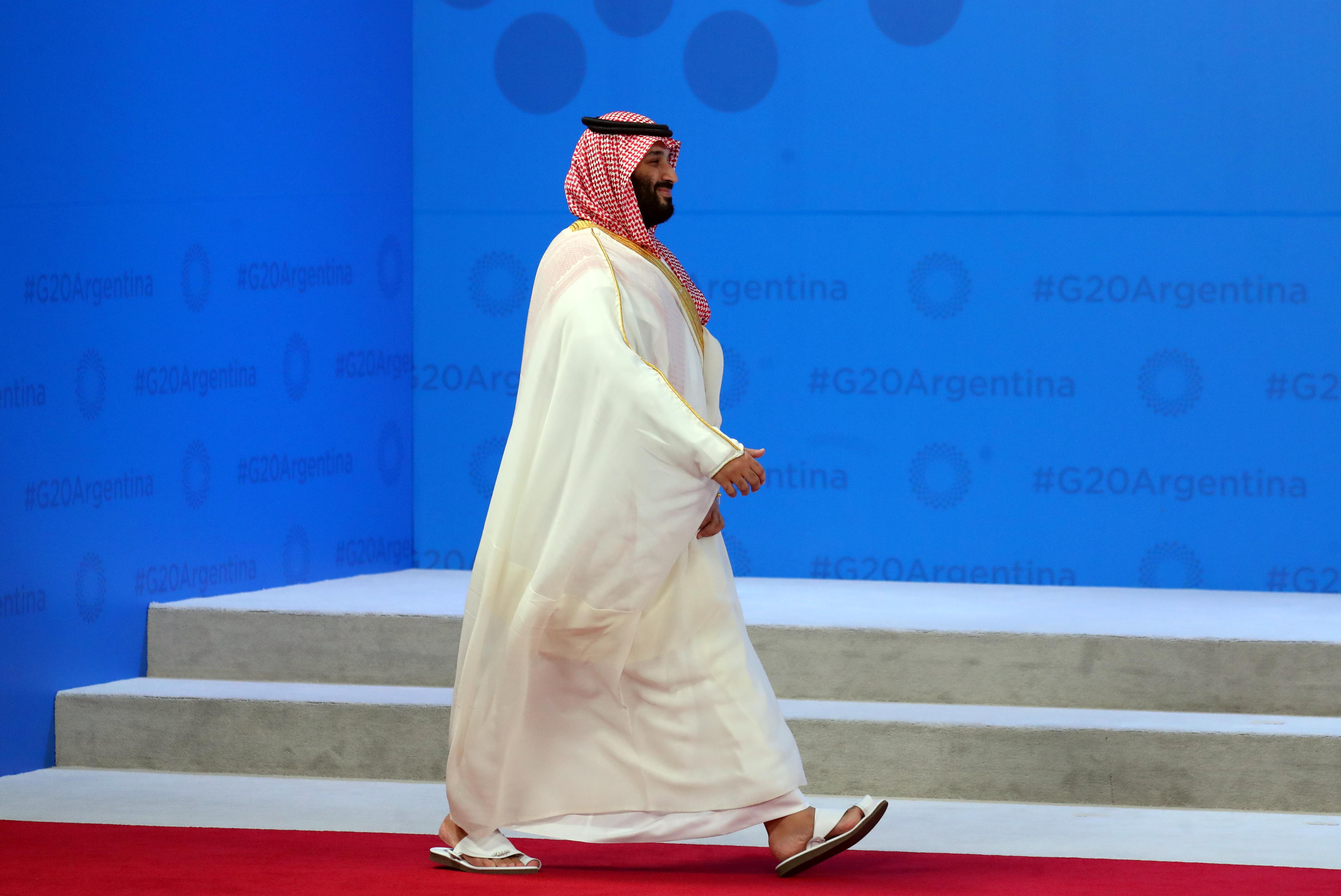 Before the G20 summit the heir to the throne of the world’s top oil exporter visited the United Arab Emirates, Bahrain, Egypt and Tunisia.

It is his first trip abroad since the killing of Saudi journalist Jamal Khashoggi, which has strained Saudi Arabia’s ties with the West and battered the prince’s image abroad.

Saudi Arabia has said the prince had no prior knowledge ofthe murder. After offering numerous contradictory explanations,Riyadh said last month that Khashoggi had been killed and hisbody dismembered when negotiations to persuade him to return toSaudi Arabia failed.

Algerian-Saudi investments and trade relations such as the oil and petrochemical sectors would be discussed, APS said.

Algeria’s energy minister Mustapha Guitouni said last week that global oil prices would not be on the agenda.

Algeria is one of the few Arab countries which has good relations with Saudi Arabia as well as its arch rival Iran.

Algiers also has strong ties with Qatar, with which Saudi Arabia and three other Arab states severed trade and transport ties in June 2017. The four accused Doha of supporting terrorism and Iran – charges Doha denies.

Algerian army chief of staff Ahmed Gaed Salah will not join the meetings with the Saudi heir as he is visiting Qatar and the United Arab Emirates, according to his ministry.

The North African OPEC member is also on good terms with Turkey, whose relations with Saudi Arabia have been strained by the Khashoggi killing.

The Saudi prince is unlikely to face protests over the murder like he did in Tunisia, as demonstrations are banned in Algiers.

But a group of prominent journalists and intellectuals has issued an open letter protesting against his visit, saying it was “unethical and politically inappropriate”.

There was no confirmation that the prince might also visit Algeria’s neighbour Morocco, despite speculation in the local press. The Moroccan foreign ministry refused to comment.