‘The CIA has been proved wrong before’: Ex-Saudi intelligence chief snubs US claims that Crown Prince ordered murder of journalist Jamal Khashoggi

A senior Saudi prince has slammed the CIA for claiming that Crown Prince Mohammed bin Salman ordered the killing of journalist Jamal Khashoggi and also accused the agency of being unreliable.

Prince Turki al-Faisal said in Abu Dhabi on Saturday that the CIA’s report on Iraqi chemical weapons in 2003 proved the agency could release ‘glaring and inaccurate’ information.

The prince, a former Saudi intelligence chief who has also served as ambassador to the United States, made the comments at an event hosted by the New York-based Beirut institute.

The CIA has concluded that Prince Mohammed ordered the operation to kill Khashoggi and briefed other parts of the US government on its findings. 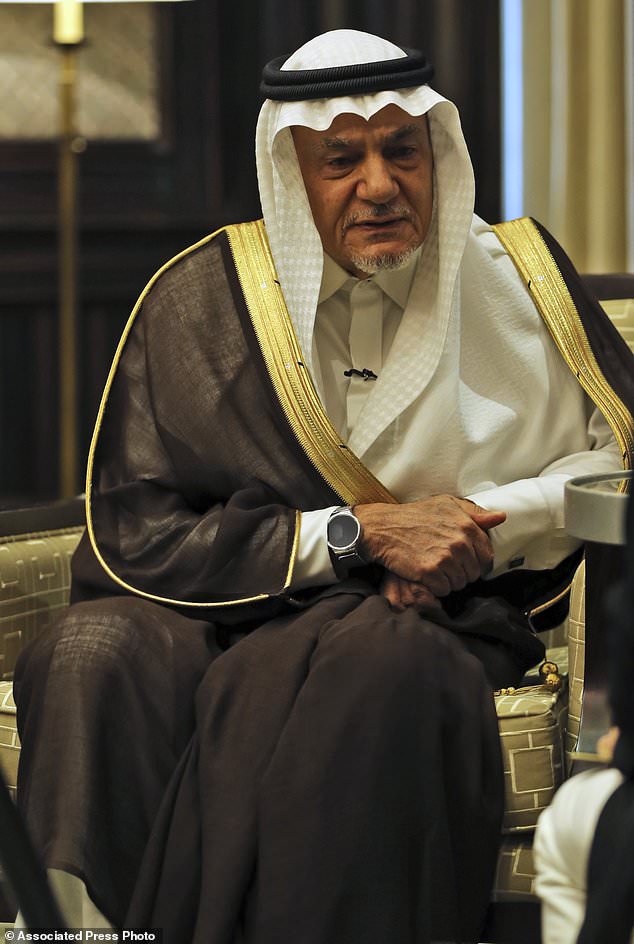 Prince Turki al-Faisal said: ‘The CIA is not necessarily the highest standard of veracity or accuracy in assessing situations. The examples of that are multitude.

‘That [Iraq War] was the most glaring of inaccurate and wrong assessments, which led to a full-scale war with thousands being killed.

‘I don’t see why the CIA is not on trial in the United States. This is my answer to their assessment of who is guilty and who is not and who did what in the consulate in Istanbul.’

US President Donald Trump has disputed that the agency reached a conclusion on the murder, saying instead ‘they have feelings certain ways.’

A Turkish newspaper also reported on Thursday that CIA director Gina Haspel signaled to Turkish officials that the agency had a recording of a call in which the crown prince gave instructions to ‘silence’ the journalist. 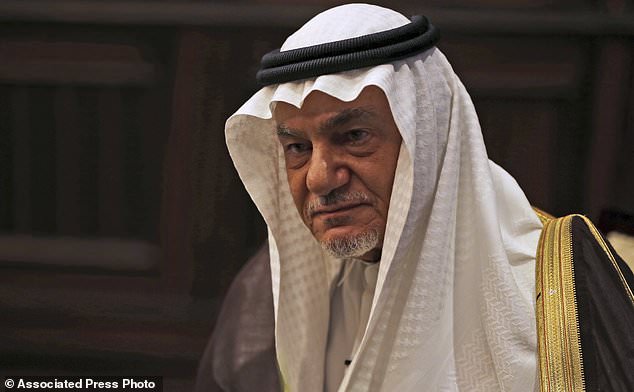 Khashoggi was killed at the Saudi consulate in Istanbul on Oct. 2 in an operation that Turkish authorities have said was ordered by the highest level of Saudi leadership, prompting the kingdom’s biggest political crisis in a generation.

After offering numerous contradictory explanations, Riyadh said Khashoggi was killed and his body dismembered after negotiations to persuade him to return to Saudi Arabia failed.

The kingdom’s public prosecutor is seeking the death penalty for five suspects charged in the murder, but has said Prince Mohammed had no prior knowledge of the operation.