Saudi Arabia’s new energy minister has said he favours cutting oil production in order to shore up prices amid a global over-supply, according to reports.

Prince Abdulaziz bin Salman, who was appointed by father King Salman Sunday, is said to have made the remark at the World Energy Congress in Abu Dhabi Monday.

Oil prices have been falling as America ramps up supply using fracking techniques, while fears of a global recession amid its trade war with China has caused a slump in demand. 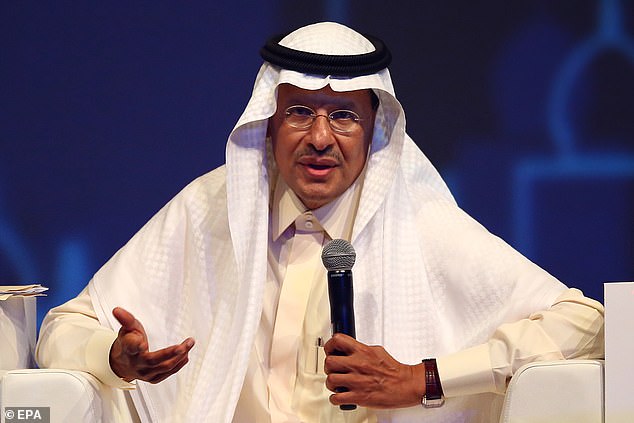 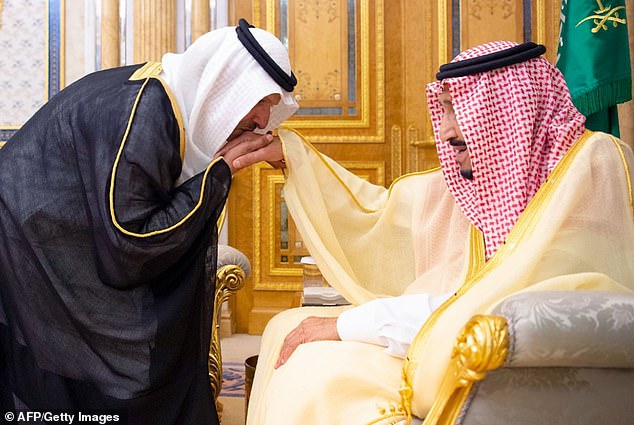 Because both of these factors are outside of OPEC’s direct control, analysts have voiced doubts over how effective cutting production would be in bottoming-out the market.

However, Prince Abdulaziz appeared to swing his support behind further output reductions at the summit.

‘Cutting output will benefit all members of OPEC,’ he reportedly said.

After attending the World Energy Congress, the prince will lead a meeting of the OPEC+ alliance’s Joint Ministerial Monitoring Committee on Thursday.

Saudi is the de facto leader of OPEC and pumps about a third of the cartel’s oil.

The OPEC+ group includes Russia, which produces some 11million barrels of oil per day, just shy of Saudi Arabia’s 12million.

In his first official comments since being appointed, Prince Abdulaziz told Al-Arabiya: ‘The pillars of our oil policy are pre-determined and will not change.’

America is on track to produce a record 13.4million barrels of oil per day by the end of the year, thanks largely to fracking technology.

In May this year, the US produced some 12.5million barrels of oil per day – with 8.5million of those coming from shale.

Meanwhile its imports from OPEC countries – including the likes of Iran, Iraq and Venezuela – have fallen by 75 per cent over the last decade, CNN reported. 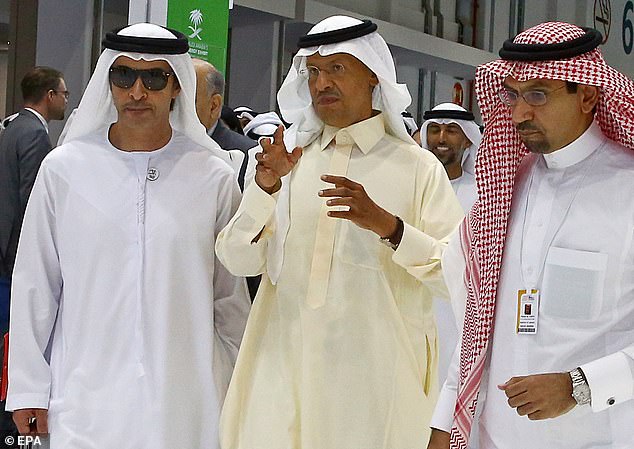 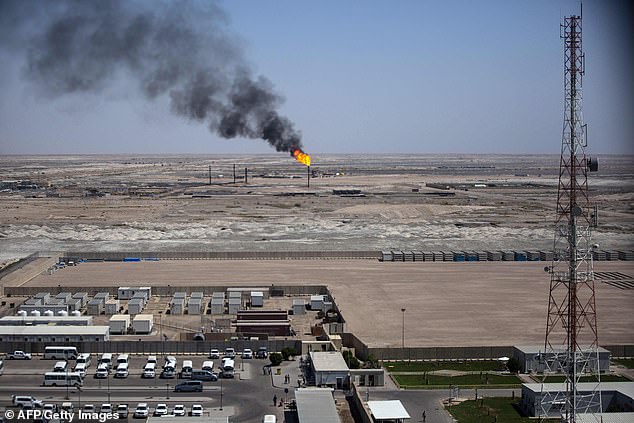 The OPEC+ alliance, which is led by Saudi Arabia but includes Russia, agreed to cut production in December last year in order to shore up prices, with experts warning that another cut may not have the desired effect (file image)

In response, the OPEC+ alliance agreed in December 2018 to reduce output by some 1.2million barrels per day – a deal which they extended in June this year.

The new factor is the trade dispute between the world’s two biggest economies, whose tit-for-tat tariffs have created fears of a global recession that will undermine demand for oil.

The deliberations also coincide with stymied production from Iran and Venezuela and slower growth in US output, meaning that supplies are not excessively high.

‘US shale output growth does not have the same momentum as in previous cycles, and OPEC production is at a 15-year low, having fallen by 2.7 million barrels per day over the past nine months,’ Standard Chartered said in a commentary last month.

‘We think that the oil policy options for key producers are limited, for the moment,’ the investment bank said.

No decisions will be taken at Thursday’s meeting, but it should produce recommendations ahead of an OPEC+ ministerial meeting in Vienna in December.

Rapidan Energy Group said the alliance might need to cut output by an additional one million bpd to stabilise the market.

But the problem will be deciding which member countries will shoulder the burden of any new cuts.

Saudi Arabia, which is the de facto leader of OPEC and pumps about a third of the cartel’s oil, took on more than its fair share last time around.

It has also undergone a major shake-up in its oil sector, announcing the replacement of energy minister Khalid al-Falih with Prince Abdulaziz bin Salman in the early hours of Sunday morning ahead of a much-anticipated stock listing of state oil giant Aramco.