Saudi’s release photo of the crown prince amid assassination rumours

The Saudi Royal family has released a photograph of Crown Prince Mohammed Bin Salman amid speculation he has been assassinated.

The rumours have been fuelled by reports in the Iranian media which claim that Salman has not been seen since a coup attempt on April 21.

At the time fears that an armed coup was underway a Saudi royal palace were dismissed as a drone which got too close to the gates. 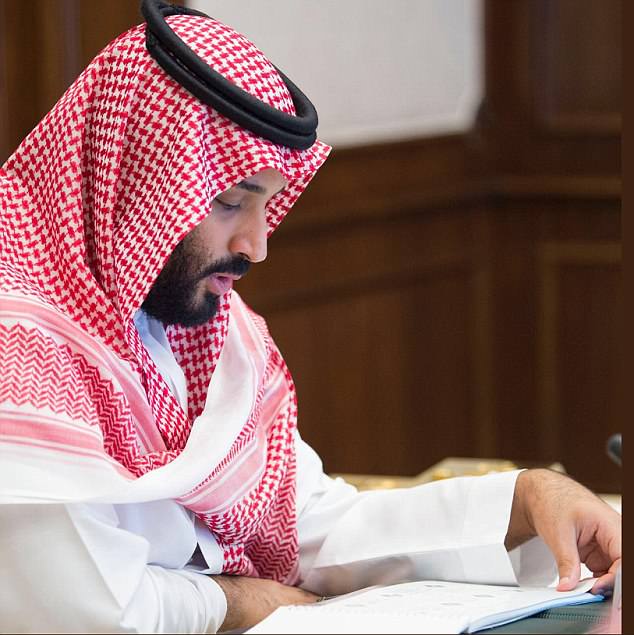 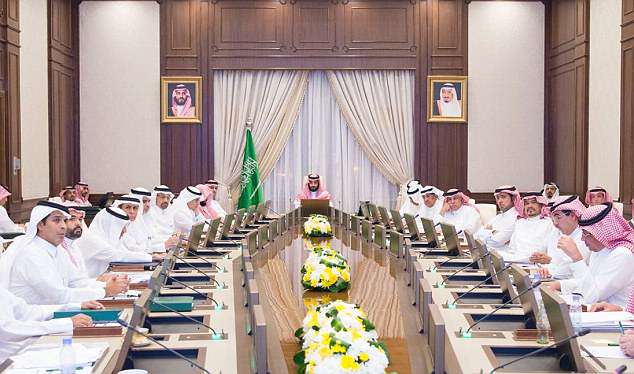 Videos had been posted on social media which claimed to be of heavy gunfire outside the palace in Rihayd, although it emerged they were false.

That has not stopped Iranian media from speculating that Prince Salman has been under arrest or was even killed during the coup.

Iran and Saudi Arabia are fierce rivals in the Middle East with both countries vying for influence in the region, including in Lebanon and Yemen.

Iran’s Kayhan newspaper has claimed: ‘At least two bullets have hit bin Salman in April 21 clashes in Riyadh and it is even possible that he is dead.’ 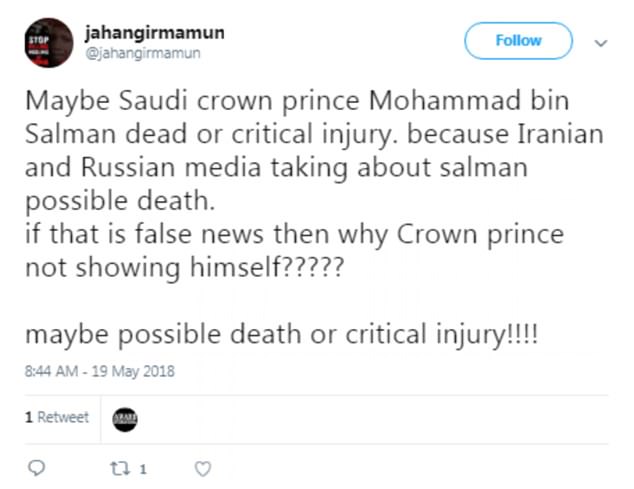 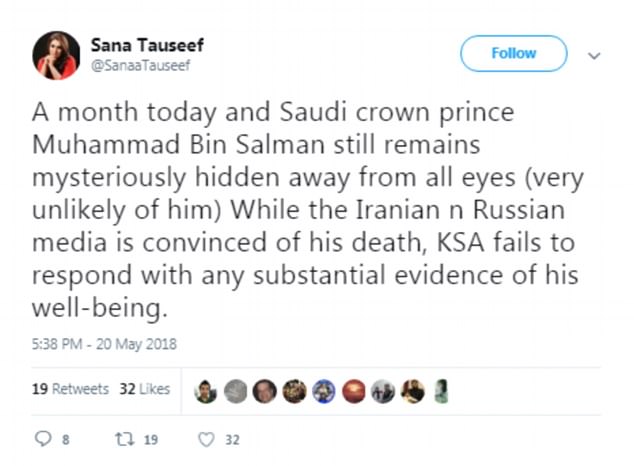 ‘There is plenty of evidence to suggest that the absence of nearly 30 days of Muhammad bin Sulman, the Crown Prince of Saudi Arabia, is due to an incident which is being hidden from the public,’ Kayhan claimed.

While the 32-year-old Salman may have shortage of enemies in Saudi Arabia, he is very much alive and well.

Salman is seeking to reform Saudi Arabia and has introduced measures to loosen the country’s strict gender segregation and crackdown on corruption.

He has also recently signalled a softening of the Saudi attitude to Israel saying it has a ‘right’ to a homeland in comments that go further than any other Arab leader.

Saudi Arabia and Israel still have no formal diplomatic relations, but behind the scenes, improvements in their ties have accelerated in recent years.

Both countries see Iran as their biggest outside threat and the United States as their key ally, and both see danger from armed Islamist extremists.

As part of his drive against corruption, dozens of princes, senior officials and top businessmen were detained and confined in the opulent Ritz-Carlton Riyadh as the government launched the purge in early November.

While the hotel is no longer being used as a detention centre, some of those held there have instead been moved to prison.

He said he has decided to release all those proven not guilty and others who had agreed financial settlements with the government after admitting to corruption allegations.

Mojeb also said that total settlements with the suspects had topped 400 billion riyals ($107 billion) in various forms of assets.

Who is Saudi Arabia’s Crown Prince Mohammed bin Salman and what reforms has he ushered in? 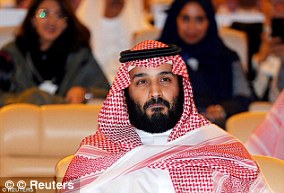 Crown Prince Mohammed bin Salman has had a swift rise to the top of Saudi Arabia  – and his influence on the kingdom has been dramatic, and controversial.

His allies in the West have hailed him as a reformer who is tackling corruption and ushering vital reforms including letting women learn to drive.

But he was hit by controversy when he ordered the arrest of over 200 of the country’s richest and most powerful figures – including members of his own family –  in November.

The prisoners, who included princes and ministers as well as billionaire businessmen, were temporarily imprisoned in the opulent five-star Ritz Carlton hotel.

The Crown Prince’s defenders said the arrests were part of his laudable attempt to root out the deep-seated corruption which has plagued the country for years.

But others warned that the arrests looked like a purge of his potential rivals and shows his despotic tendencies.

Most of the prisoners have now been released from the hotel which came to be dubbed ‘the five star prison’.

At just 32, he wields incredible power and influence in the desert kingdom where he is heir to the throne.

Appointed defence minister by his father, King Salman, when he took over the House of Saud in 2015, the favoured son orchestrated the controversial military campaign in Yemen.

He was elevated to crown prince two years later when the monarch stripped his nephew, Prince Mohammed bin Nayef, of the role in a palace shake-up.

Known as MBS, the prince now has a number of titles, including deputy prime minister; chair of the Supreme Economic Council and head of the Public Investment Fund.

He is also head of a council overseeing the state-run oil giant Saudi Aramco, one of the world’s largest companies, which the government is trying to persuade to use London for its record-breaking flotation.

The crown prince has set himself up as a moderniser in the authoritarian state and is credited with pushing through proposals to lift the ban on women driving.

He has also announced plans for an huge entertainment complex in Riyadh as rules are relaxed on socialising and is viewed as far less cautious than other senior royals.

But human rights campaigners say the image of a reformer hides a disturbing reality.

Charity Reprieve said since his appointment in July 2017, 133 people had been executed compared with 67 in the previous eight months.

Amnesty International pointed out that while women will soon be able to drive in the kingdom, they will still need permission from men if they want to travel, be educated or get a job.