Schoolboy, 15, is put into isolation because his hair is too short despite having same haircut for last three years

A schoolboy was thrown into isolation for having his hair cut too short – despite having the same style for the last three years.

Deniz Poyraz, 15, was taken out of lessons for having a number-two clipper cut, but insists his school is unclear on the rules surrounding haircuts.

Deniz’s brother Henry, 22, argues that he has has been getting the same haircut since year seven and wasn’t able to eat as his school canteen had stopped serving food by the time he was allowed in. 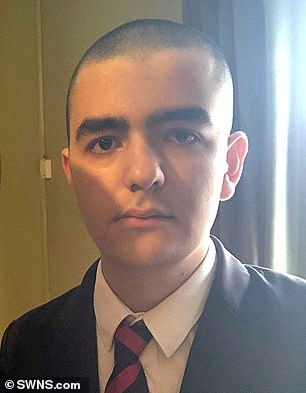 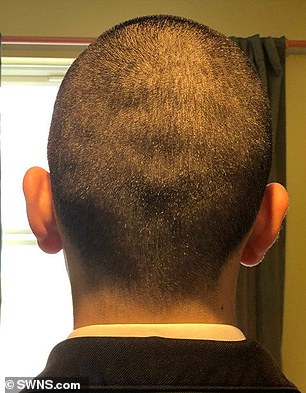 Deniz Poyraz, 15, from Great Yarmouth, pictured, was sent into isolation at school after teachers objected to the length of his hair following a recent trip to the barbers 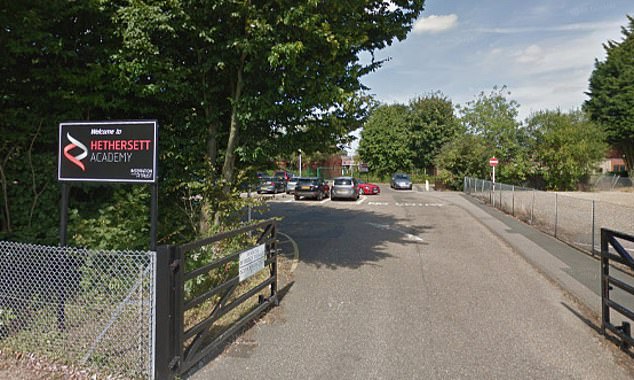 Deniz is a pupil at the Hethersett Academy in Great Yarmouth, pictured

In a passionate Facebook post, Henry wrote: ‘Today my brother Deniz was kept in isolation for this haircut, bearing in mind he has been going to school with this haircut for his whole time at Hethersett Academy.

‘I fail to see what’s wrong with it.

‘Not only that he was treated terribly by his isolation teachers.

‘Only allowed to go eat his food literally once all the food at the canteen had finished which is unacceptable he’s only a kid and should be allowed to have some decent food.

‘The behaviour support teacher who makes the decision whether the hair is acceptable or not was extremely rude and for some reason seemed to not care.

‘The deputy head teacher of Hethersett Academy refused to even speak to me regarding the matter.’

The online school rules for Heathersett Academy, Great Yarmouth, say: ‘Hair should not be styled or coloured in such a way as to draw attention to the student.’ 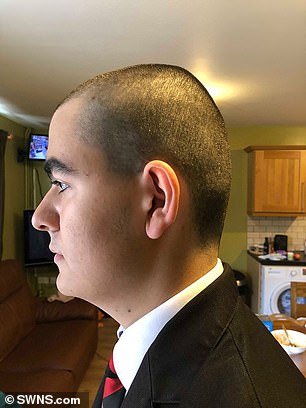 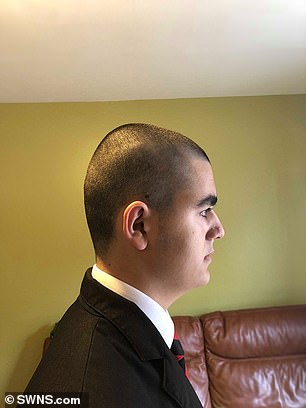 Henry says that the year 10 student refuses to return back to school out of fears he will have to remain in isolation until his hair grows.

A spokesperson for Inspiration Trust, who represent the school, said: ‘Our high uniform standards help students to feel smart and proud to be part of the Hethersett Academy Community.

‘Whilst we are not able to discuss individual students, there are occasions when internal inclusion is used when uniform or conduct expectations are not being met by students.

‘In such cases we communicate closely with parents and our aim is always to support students to help them be successful.

‘When internal inclusion is used, this is in a supportive environment and students are always able to have lunch, access refreshments and take breaks.’