Science teacher, 43, who had a sexual relationship with a 16-year-old pupil after buying girls alcohol at the school prom is jailed for three years 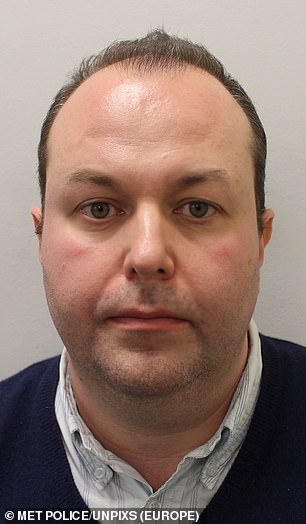 Robert Hanna, 43, plied the youngsters with booze, then started a sexual relationship with one of the girls

A science teacher who had a sexual relationship with a 16-year-old female pupil after buying a group of girls alcohol at the school prom has been jailed for three years.

Robert Hanna, 43, plied the youngsters with booze then had sex with one of the girls he taught at a school in Southwark, south London, the Met Police said.

Inner London Crown Court heard that Hanna, who worked at the school between 2015 and 2019, helped her get good grades in physics and then asked her to meet with him along with a group of girls during a prom in 2018.

He then began a sexual relationship with the girl which lasted for four months.

The victim then told Hanna she wanted to end the relationship, but he persuaded her to meet with him one more time where he then broke up with her.

She then told another teacher about what happened and the school immediately suspended Hanna and police were called in April 2019. He was sacked by the school a month later.

He denied the charges to police, but the investigation discovered evidence of the relationship including hotel check-in and check-out confirmation, bank statements and phone records.

Hanna had previously been found guilty of six counts of sexual activity with a child while in a position of trust. At Inner London Crown Court today, he was jailed for three years.

The defendant was also put on the Sex Offenders Register for life and handed a Sexual Harm Prevention Order, banning him from having unsupervised contact with children. 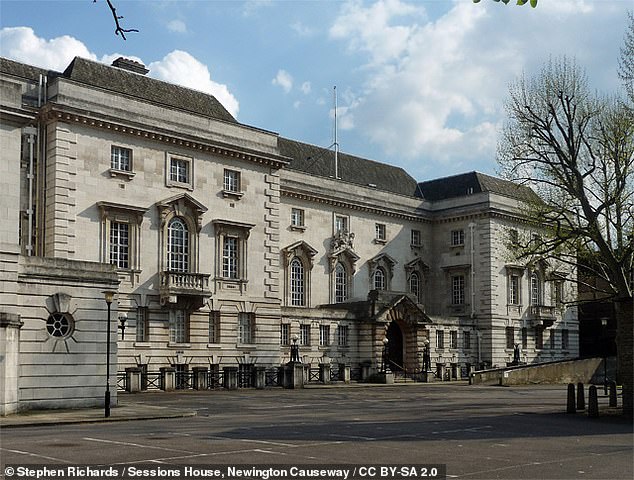 During a prom at the school in Southwark, south London, in 2018, Hanna asked a group of pupils to meet up with him, a court heard.

Hanna, who was a teacher at the school for around four years, bought alcohol and met with a few of the girls, according to the Met Police.

He was found guilty by a unanimous verdict from the jury last month after a 12-day trial at the same court.

Detective Constable Erica Slater, from the Met Police’s Central South Command, said after the hearing that Hanna ‘lied continuously’ to officers and the jury.

She added: ‘This was a complex case where Hanna denied everything from the beginning and lied continuously throughout the case.

‘However, the victim courageously remained steadfast in her evidence and following a thorough investigation his accounts were disproved.

‘Today’s sentence highlights the severity of this case and I would encourage anyone who is a victim of or victim to sexual abuse in any context to contact police.

‘We have specially trained officers to investigate as well as ensuring there is ongoing support provided to the victims.’