Scotland has today introduced a minimum price for alcohol – sparking warnings that Scots will flock south of the border on ‘booze cruises’ to save money.

The price of spirits, beer and cider are being hiked today in a bid to tackle the health crisis afflicting the country.

But the move has sparked warning that an influx of Scots will start travelling down to the English border towns to stock up on cheaper alcohol.

Shops near the border have been stocking up on extra alcohol and launching offers in anticipation of a surge in demand.

While critics have also warned that bootleggers could try to take advantage of the law by selling their illegal – and potentially dangerous – alcohol. 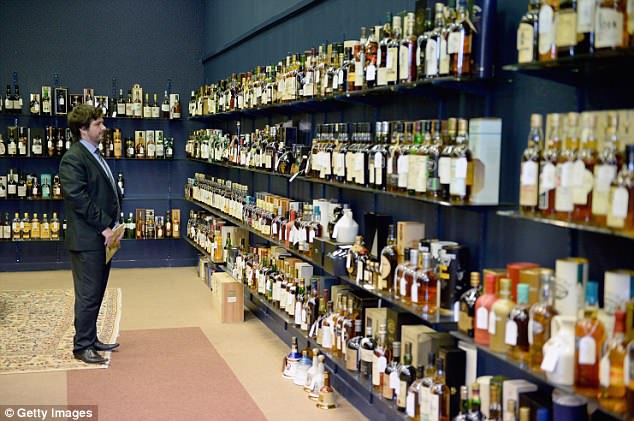 The law, which means no alcohol can be sold in shops or bars for less than 50p per unit, will particularly affect cheaper whisky – pushing prices up.

The House of Malt in Carlisle is hoping to cash in on the change by expanding its lower range whiskys and laying on offers in its shops, which are near the Scottish border.

He said: ‘I hope so – a lot of the products we have are top end so the alcohol minimum prices won’t affect those. 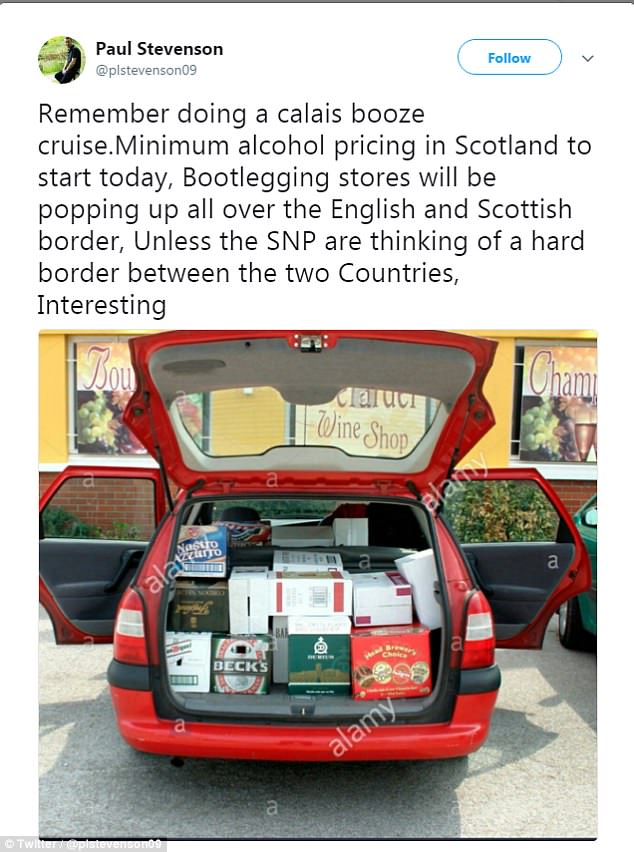 Another drinker suggested the picturesque English town of Berwick, near the Scottish border, will be swamped by Scots on booze cruises

‘However, we are heavily expanding our lower-end line, and hoping that those who live in the borders will come and buy from us, and we are running promotions for those who live in Scotland and are coming to visit our store.’

Mike Beale, Chief Executive Wine and Spirit Trade Association (WSTA), said: ‘The Scottish Government’s policy will increase the price of around half of the alcohol on supermarket shelves and will impact most drinkers, particularly those on lowest incomes.

‘The WSTA’s long held view is that MUP (minimum pricing unit) is likely to be ineffective in changing the behavior of problem drinkers. There are also serious questions about the potential impact on cross border trade and illicit alcohol.

‘It is vital therefore that the impact of on businesses and on consumers of the MUP experiment in Scotland is rigorously and objectively monitored and evaluated over time.’ 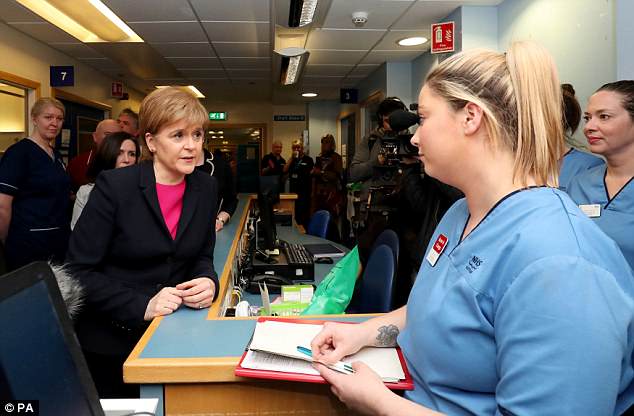 Christopher Snowdon, the director of lifestyle economics at the Institute of Economic Affairs, told The Telegraph: ‘I would say that Scots will be hopping across the border to buy alcohol that is, in some cases, less than half price.

‘A large and legal online business is likely to emerge to satisfy demand and there is nothing the SNP can do about it.

‘This is their folly and they will have to live with the consequences. For those who live a long way from the English border, we may see a growth in home brewing and home distilling.

‘A rise in drug use is also on the cards as people use substances such as Spice as a substitute for cheap alcohol.’

Yesterday, many shops reported selling out of heavily discounted ciders and cheap own-label spirits as they ditched surplus stock before the higher prices came into force.

At Morrisons in Giffnock, Renfrewshire, gin and Bacardi were on sale for £10 and Baileys for £8.

Lorraine Matthews, 54, from Mansewood, Glasgow, snapped up a bottle of Glenallachie malt whisky for only £12. She said: ‘I couldn’t believe what I was seeing in the store.

‘A couple in front of me at the checkout spent over £300 on booze. They had vodka, Baileys, gin, everything.’

Customer Emrys Inker, 65, from Burnside, Lanarkshire, said: ‘We have neighbours who plan to drive to Carlisle to stock up on drink. It’s along the same lines as the ‘booze cruises’ where you took the boat to France.’