Crashing out! Hilarious moment teenager takes a spectacular tumble as she struts her stuff on big night out

A teenager on her way home after a night out was caught on film falling over in spectacular style while singing Scream And Shout by Britney Spears and Will.I.Am.

Footage shows Nicole Henderson and Erin McLellan, both 18 and from Airdrie in Scotland, as they walk on wooden flooring outside in Coatbridge after a heavy downpour.

Nicole is heard singing, ‘Damn, damn, sexy b*tch, Will.I.Am and Britney…’ when Erin – strutting along to the rhythm – slips over just ahead of her and crashes to the ground, appearing to also hit her head. 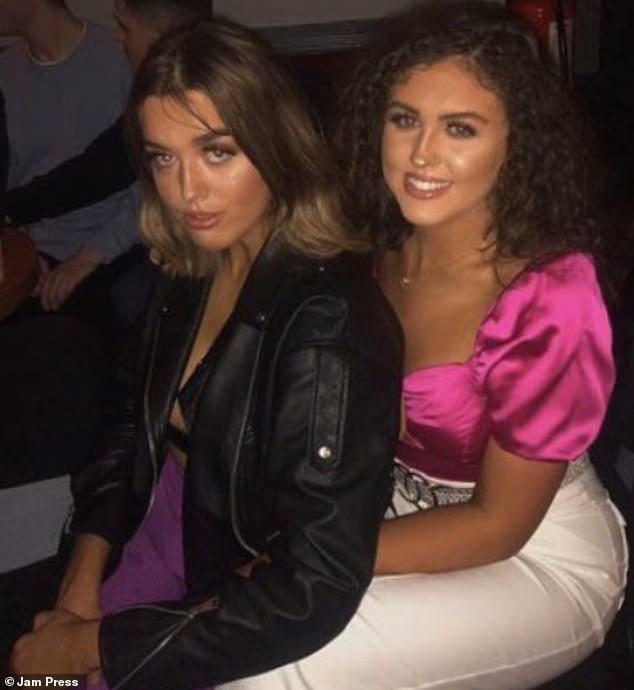 Erin McLellan (left) and Nicole Henderson (right), both 18, and from Airdrie in Scotland, were walking home after celebrating a friend’s 18th birthday when Erin took a tumble 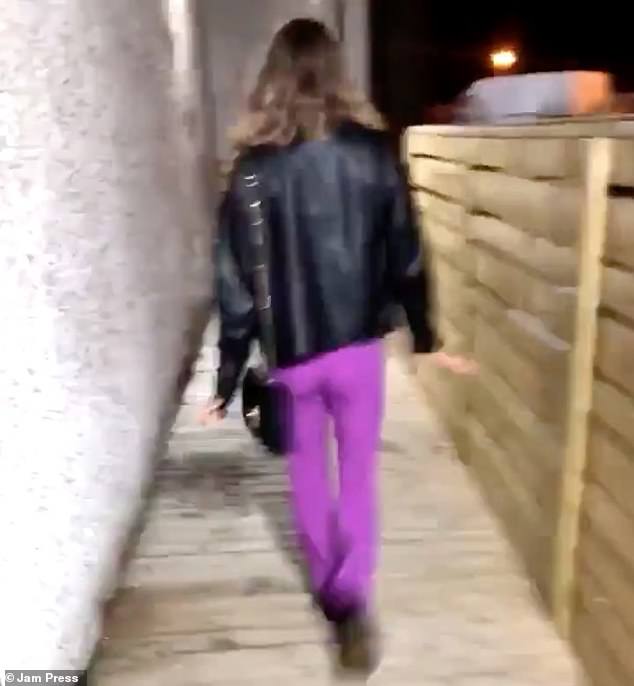 Nicole can be heard singing Scream And Shout by Britney Spears and Will.I.Am while Erin (above) struts along ahead of her in Coatbridge after a heavy downpour 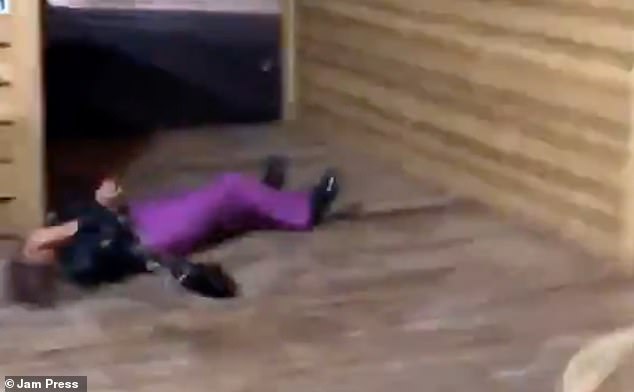 Suddenly, Erin falls on the slippery wooden flooring – tumbling onto her side and appearing to hit her head. Nicole, stunned by the scene, laughs in the background 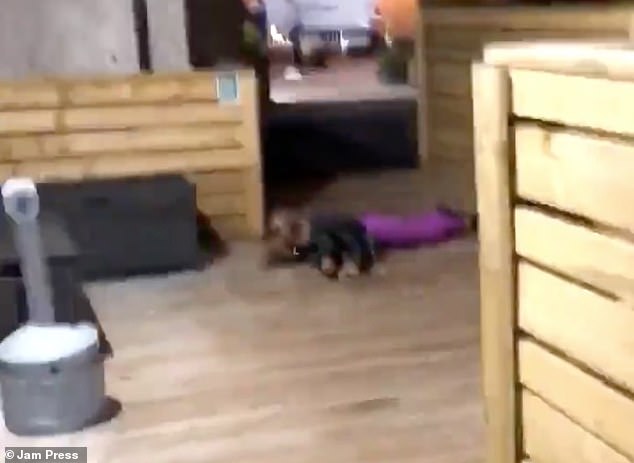 While Erin remains on the ground, Nicole laughs, stunned by what has happened – at which point the clip ends.

The pair had been on their way home after celebrating a friend’s 18th birthday when they decided to film themselves singing Scream And Shout, from the male artiste’s 2012 album #willpower.

Nicole took out her phone to film their antics – capturing the whole embarrassing incident.

Since posting a clip of Erin’s fall on Snapchat and Twitter, Nicole said they have garnered more than 118,000 views. She added: ‘Myself and Erin were glad everyone found it as funny as us!’

Fortunately, Erin suffered no injuries and the friends went on their way.

Nicole has since posted the video on her Snapchat and Twitter, gaining more than 118,000 views and 4,700 likes.

She said: ‘It was too funny not to share. I posted it on my Snapchat and it made everyone on it howl.

‘Myself and Erin are both shocked at how many people have shared and liked our video. We were glad everyone found it as funny as us!’