The Scouts are marketing skills taught through the organisation as a way for workers of the future to win the battle against machines in the jobs market.

Although knot-tying and survival skills are often associated with the organisation, the Scouts believe that the ‘soft skills’ they teach will set scouts apart from competitors – including robots – in an increasingly competitive future jobs market.

The organisation launched their new strategy to bring the Scouts into this new digital era – changing the branding and pledging to  make the organisation more inclusive. 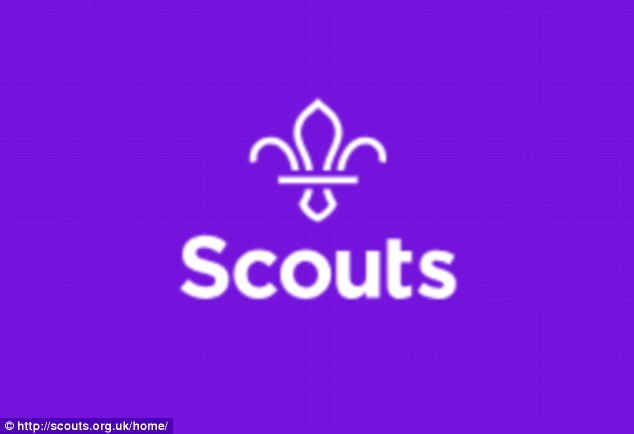 The new £5,000 logo features a streamlined logo designed to work on social media

The new strategy, Skills for Life is the result of a two-year consultation with over 15,000 people and aims to ensure that young people can drive positive change for themselves and their communities.

Chief executive of the Scout Association, Matt Hyde, said that the organisation was a way for young people to equip themselves with the skills necessary to thrive in a competitive workplace. 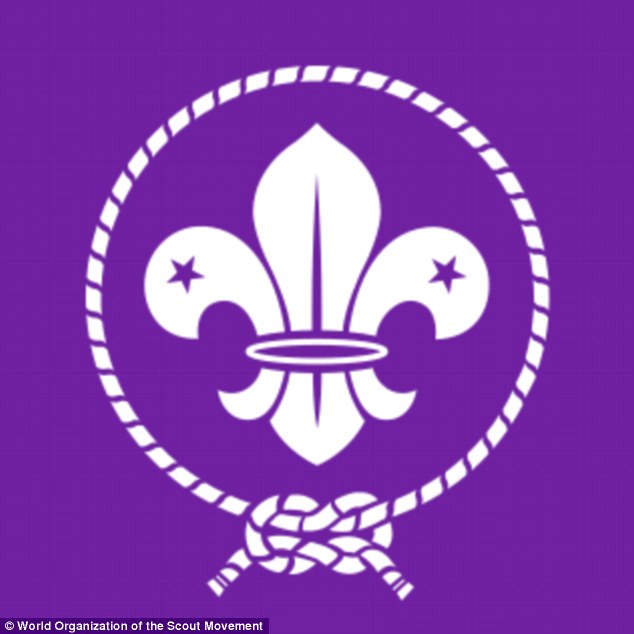 In a world of increased automation and competition from robots, he said that  the creativity and social skills learned through scouting are increasingly important because they are difficult to automate.

Mr Hyde said: ‘Scouting in the UK has experienced unprecedented growth in the last 13 years, with nearly half a million young people coming to Scouts each week to gain skills for life.

‘This gives us a powerful and important role to play in local communities, as we continue our work to bring communities together and champion inclusiveness, social mobility and civic participation.

‘This knowledge is at the heart of our new strategy, which is all about preparing young people for their futures by equipping them the skills that they need to succeed in life – practical skills, character skills and employability skills’ 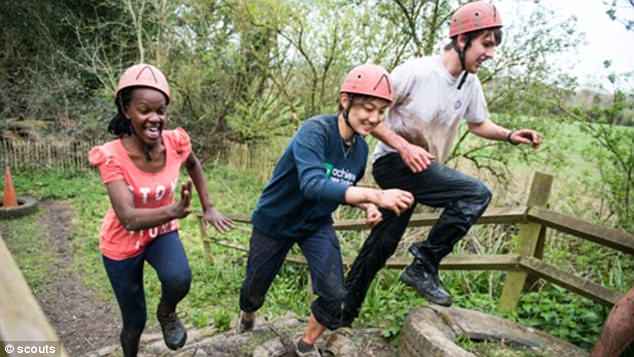 The new strategy aims to increase diversity. Although Scouting was traditionally a male pursuit, since 2013, female participation grew substantially and there are now 102,000 members.

Muslim children have also been swelling the ranks since changes to uniform policy  allowing long sleeves and a hooded dress for Muslim girls was introduced in 2012.

834 units have been established in areas of deprivation and the organisation wants to expand that by 500 before 2023.

Although the badge will not change and the traditional fleur de lis symbol still features in the logo, the branding has been reimagined to work with digital communications and to better reflect the organisations inclusivity goals.

The Scout Association currently has 638,827 members in the UK.

But it is battling to reduce its waiting list, which currently has 57,000 children, but the organisation needs more adult volunteers to cope with more members.