My panic attack in the street after THAT kiss: Strictly star Seann Walsh reveals how his illicit encounter with married dancer Katya Jones left him ‘extremely depressed’ and fearful that the public would hate him

It was the sordid kiss that reaffirmed the Strictly curse.

Now Seann Walsh has said his illicit encounter with married professional dancer Katya Jones left him depressed and fearing attacks from the public.

The comedian, 34, was vilified after pictures emerged of him and his Strictly Come Dancing partner Mrs Jones kissing and hugging in a London street after dance rehearsals in October 2018.

Mrs Jones, 30, was married to fellow professional Neil Jones, 37, from whom she has separated. Walsh was dating actress Rebecca Humphries, who accused him of ‘inappropriate, hurtful behaviour’ during their relationship. 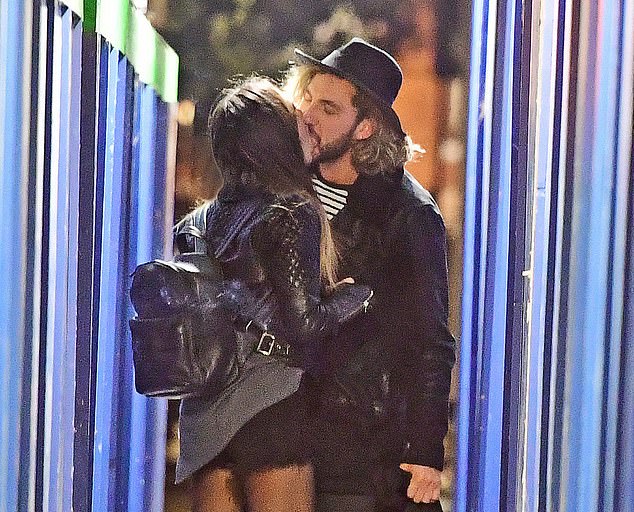 Seann Walsh, 34, was vilified after pictures emerged of him and his Strictly Come Dancing partner Katya Jones kissing and hugging in a London street after dance rehearsals in October 2018

Walsh said he had a massive ‘panic attack’ upon seeing the headlines while out for a walk. A couple stepped in to help and asked if he was having a panic attack or drunk, to which he replied: ‘Panic attack!’

Recalling the trip to The Times, he said: ‘And then I thought, what does being on the front page of the tabloids every day do? Does that mean everyone recognises me? Do all these people hate me?

‘Am I going to be attacked? I don’t know how this works. Do they just hate me silently? Do they shout out at me? What happens?’ He said he sought therapy after becoming ‘extremely depressed,’ adding: ‘I’ve always had a bit of a problem with that, but nothing like this.’

He added: ‘Being faced with the amount of hatred that was chucked my way, from every area of media, it got the better of me.’ He said he felt that way almost all of last year.

Walsh said he knows he ‘brought it all on myself’ and said the fallout made him acknowledge that he had a lot of ‘growing up’ to do.

The comedian, whose Same Again? tour has been postponed because of the coronavirus outbreak, said he is no longer ‘looking for the love of strangers’ and is instead focusing on forgiving himself. 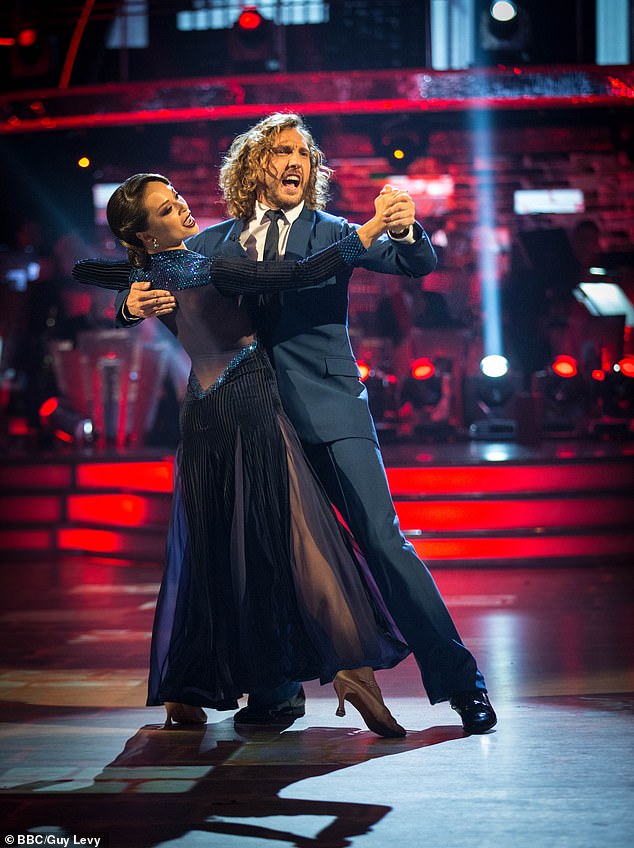 Walsh, pictured with his partner on the flagship BBC show, was dating actress Rebecca Humphries, who accused him of ‘inappropriate, hurtful behaviour’ during their relationship

Asked if Strictly could have saved his then-stalling career, he said: ‘Let’s be honest, I probably would have ended up hosting a game show and being really depressed. But with loads of money.’ Walsh’s comments come as 2018 champion Stacey Dooley, 33, revealed she tried to resist falling for her partner Kevin Clifton, 37, while they were filming.

She was in a long-term relationship with personal trainer Sam Tucknott at the time.

Miss Dooley told BBC Radio 5’s Headliners podcast: ‘I didn’t want to be such a cliche – it’s so cringe and cheesy. I want to be cooler than this. Kev and I were pals for such a long time.’

She added: ‘I liked hanging out with him. So it was much later down the line for us.’