A second man has been arrested in connection with the theft of $300,000 from a Florida-bound flight departing from New York's  Kennedy International Airport.

His friend, Quincy Thorpe, 40, was arrested last week in connection with the theft last Tuesday. Thorpe worked as a Delta Airlines baggage handler who authorities believe swiped a bag full of cash before it was supposed to be loaded onto a flight to Miami.

"We are taking this situation very seriously and working directly with authorities on their investigation, as well as conducting an internal investigation of our own," the airline said in a statement. 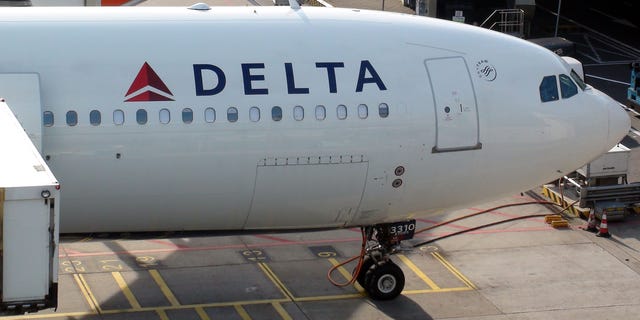 A second man has been arrested in connection with the alleged theft of a bag containing $300,000 that never made it on a Miami-bound Delta Airlines flight from New York last week.
(iStock)

Okon is not employed by the airline but is accused of helping Thorpe.

The money was supposed to be part of a shipment of eight bags on Delta Flight 1225, prosecutors said.

Security surveillance showed Thorpe allegedly scanning and loading bags onto the flight but not scanning the stolen bag, authorities said. He placed it in a container and drove off in a work vehicle, they said.

The missing money was detected when the plane landed in Florida and a member of the armored car security team noticed the bag count was off.

Court documents said Okon used his domestic partner's Nissan to drive to JFK and pick up the stolen bag of cash from Thorpe.

Investigators found the car Sunday and conducted a search. An envelope containing the flight's manifest was found. Co-workers told investigators Thorpe went home sick around the time of the alleged theft.

"In my mind there's a question of how is the money actually taken out of the airport? If there are surveillance cameras all around, that's a question that needs to be answered going forward, but we'll see what the government wants to do with it," Thorpe's attorney told the station.

Okon was released from police custody on $80,000 bond. The missing money has not been recovered.