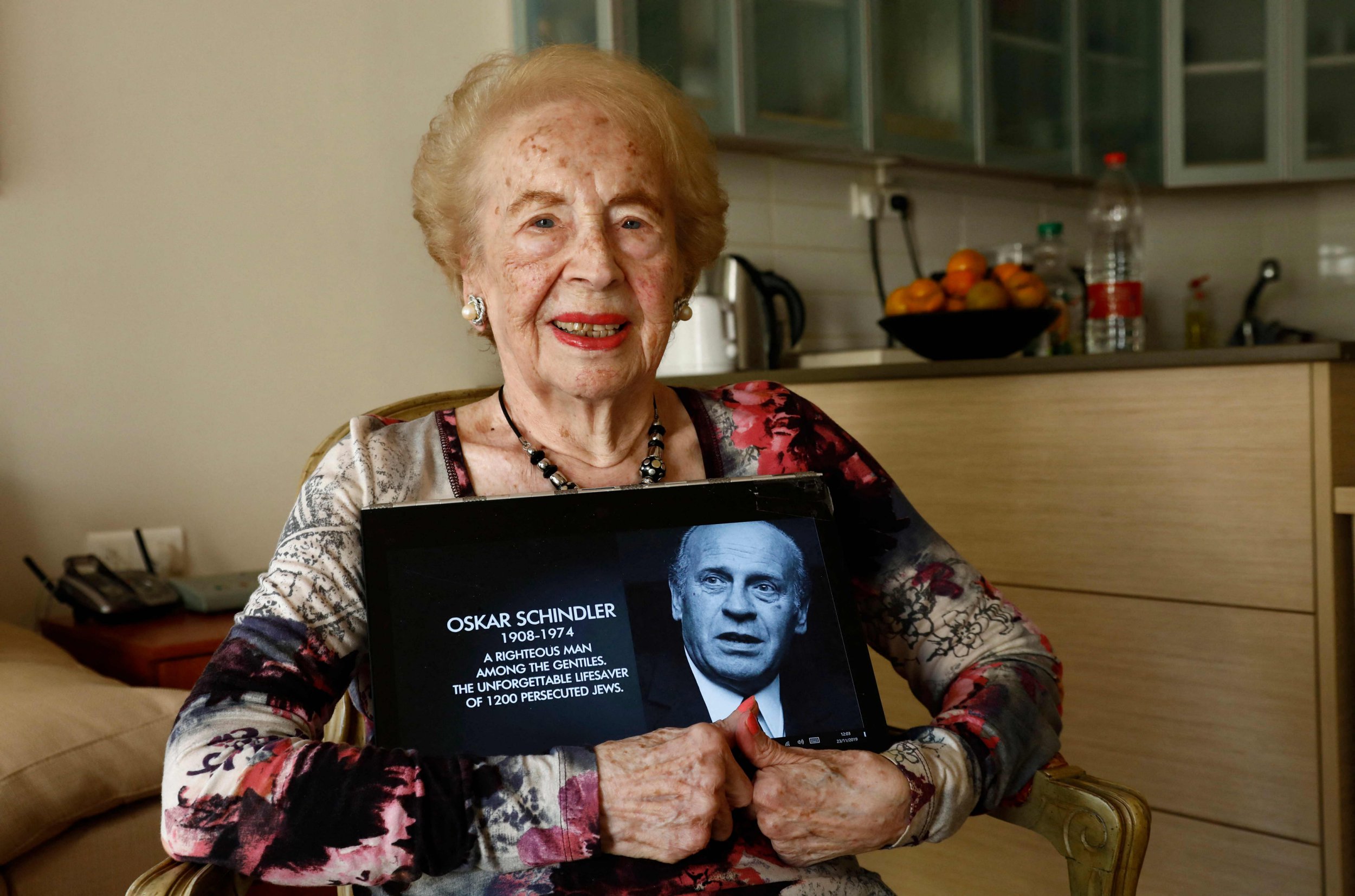 The secretary who typed up Oskar Schindler’s list of Jews to be spared from the Holocaust has died at the age of 107.

Mimi Reinhard was one of 1,200 Jews saved by the German businessman after he bribed Nazi officers to let him keep them as workers in his factories.

Mimi was born Carmen Koppel in Vienna, Austria, in 1915, and moved to Krakow, Poland, before the outbreak of the Second World War.

She was confined to the Krakow ghetto when the Nazis invaded Poland in 1939, before being sent to the Plaszow concentration camp in 1942.

Reinhard’s knowledge of shorthand got her work in the camp’s administrative office, where, two years later, she was ordered to type up the handwritten list of Jews to be transferred to Schindler’s ammunition factory.

‘First of all, I got the list of those who were with Schindler already in Krakow, in his factory. I had to put them on the list.’

Later she put her own name, and the names of two friends.

At the Brunnlitz labor camp, where Schindler’s ammunition factory was housed, she was put to work in Schindler’s office.

Although she worked in Schindler’s office toward the end of the war, she had little personal contact with him.

‘He was a very charming man, very outgoing,’ she recalled, decades after the war. ‘He didn’t treat us like scum.’

After the war, she made her way to the United States, where she lived until immigrating to Israel in 2007.

Mimi died on Thursday and was laid to rest on Sunday in Herzliya, near Tel Aviv.