Net loss: Serena Williams slashes the asking price for her Los Angeles mansion by $2m as it goes back on the market for $10m amid furor over US Open defeat

Serena Williams has put her Bel Air mansion back on the market after knocking $2million off the asking price amid controversy over her row with an umpire at the US Open.

Williams bought the three-acre property, which is located in the Stone Canyon area, in 2006 for a little over $6.6million.

She first listed the six-bed, seven-bath home around a year ago with an asking price of $12million but has since dropped that to $10million. 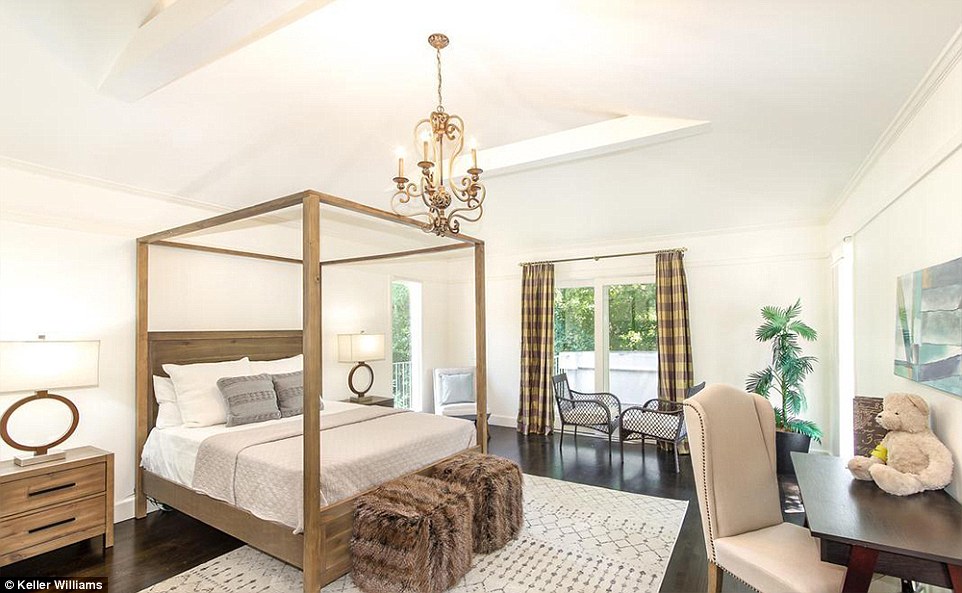 Serena Williams has relisted her Bel Air mansion for $10million – $2million less than she tired to sell the six-bedroom home for last year (pictured, one of the lavish bedrooms with a private balcony) 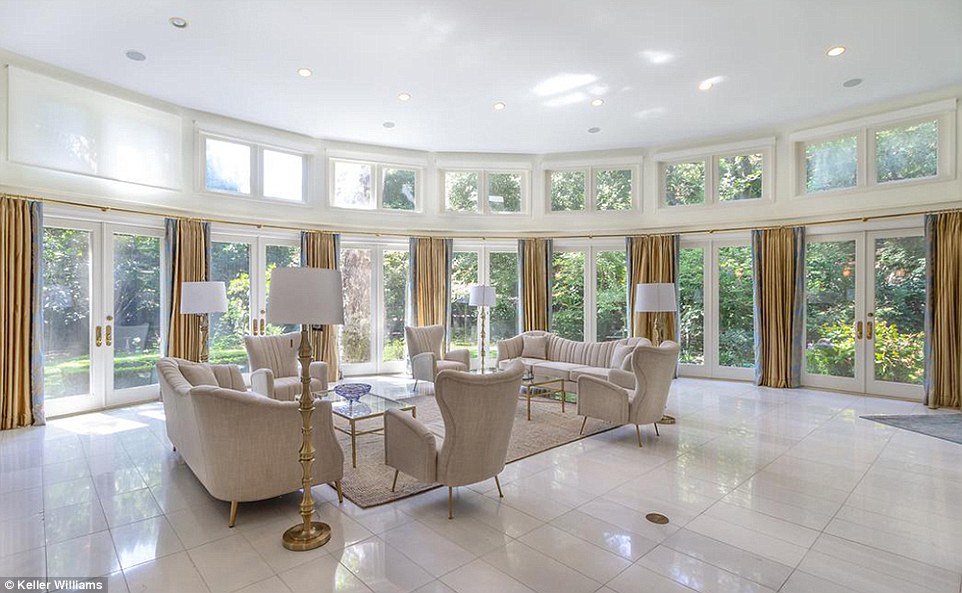 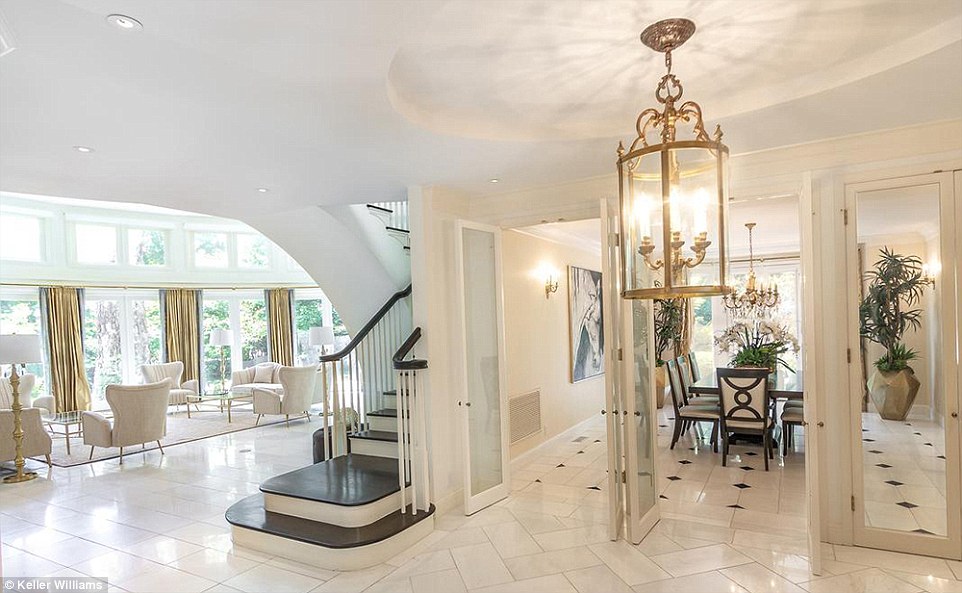 The entryway opens on to the dining room and a narrow but sweeping staircase to the upper level, which features a total of six bedrooms and seven bathrooms 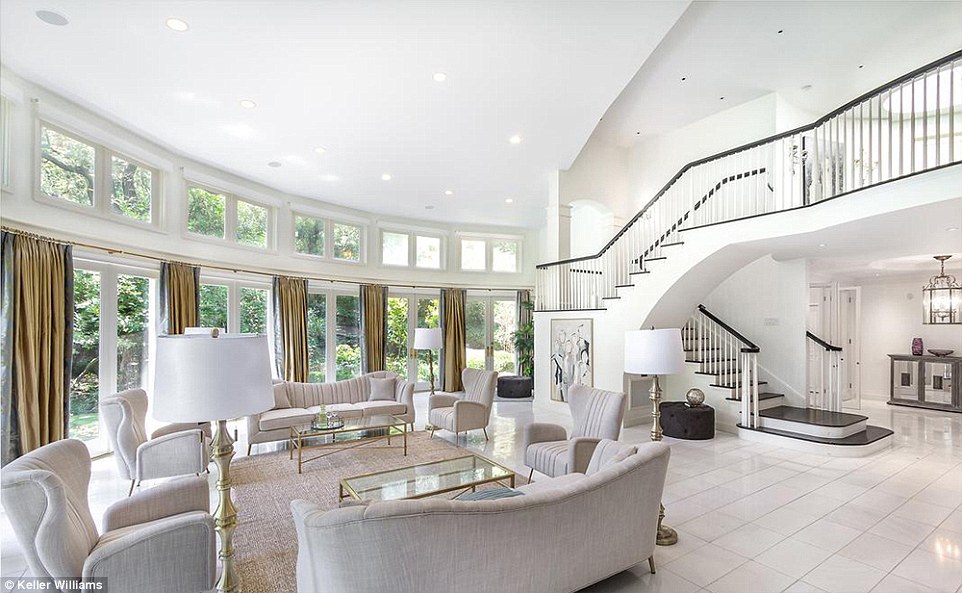 Serena bought the home for $6.6million back in 2006 and first listed it on the market last year, as she and Reddit chariman fiance Alexis Ohanian downsize to a slightly smaller property nearby 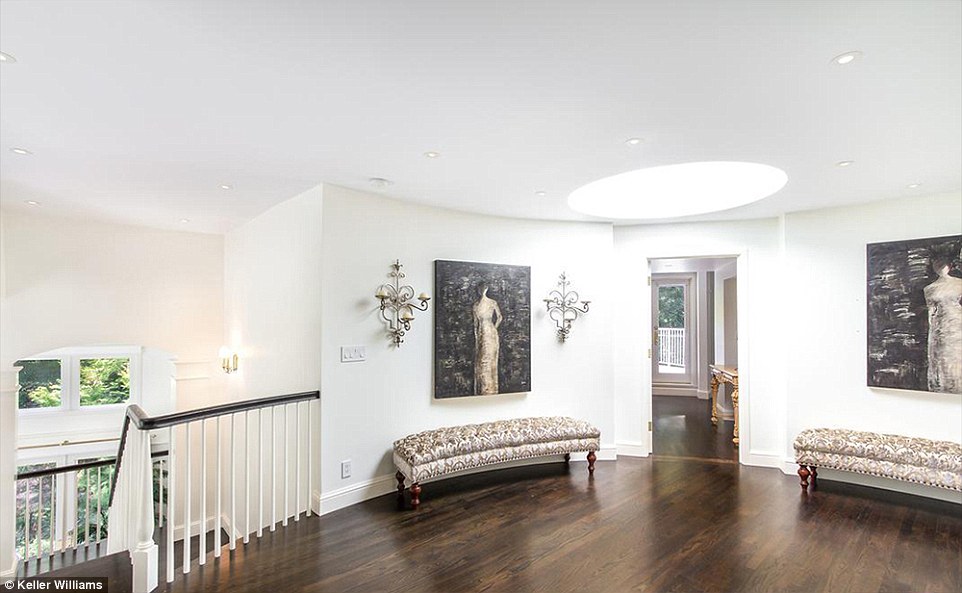 Upstairs there is a landing area illuminated with natural light from a skylight above, which opens on to the bedrooms 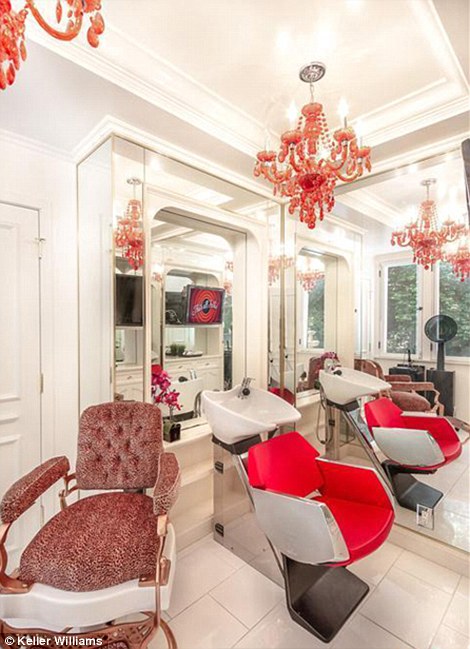 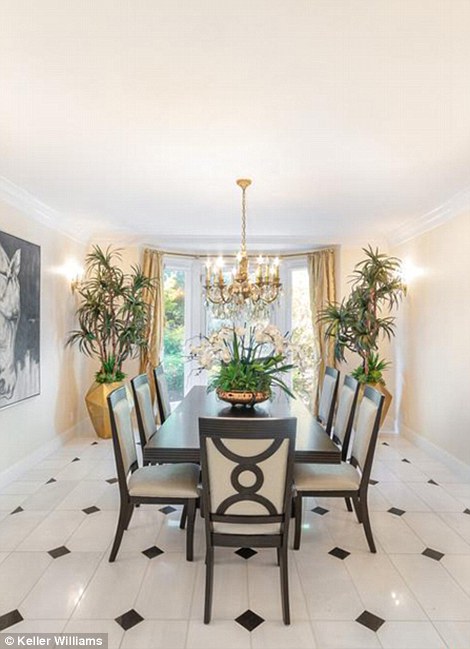 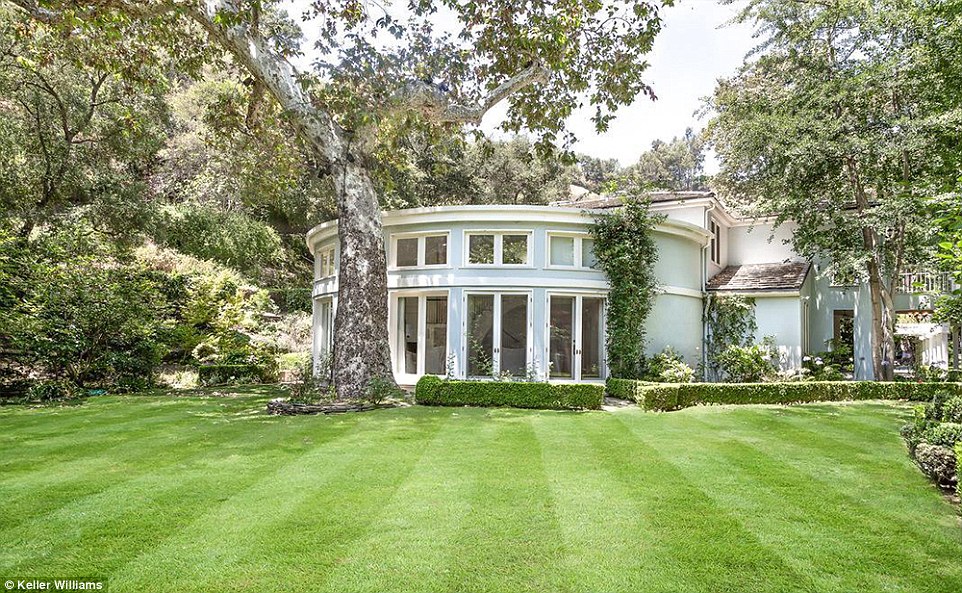 The 2.7 acres of grounds feature a manicured lawn, hedgerows, and several large trees which dapple the grass with shade 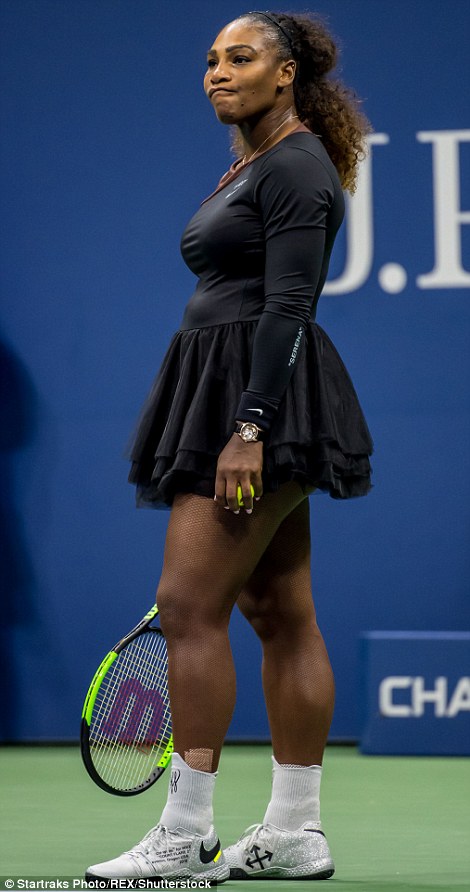 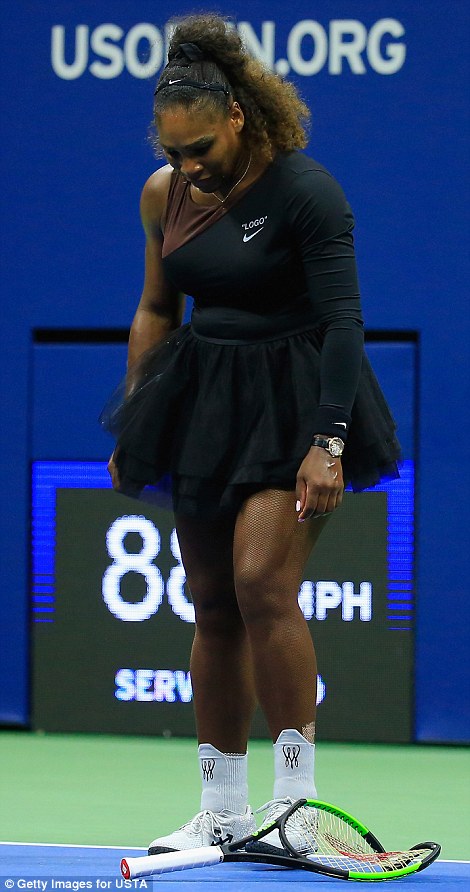 Williams relisted the home amid the furor over her US Open final loss to Naomi Osaka, during which she was penalised three times for violations, a move she described as ‘sexist’

The property features marble floors throughout, a huge semicircular living room with a wall of glass windows looking out over the manicured grounds complete with outdoor swimming pool.

There is also a formal dining room, a wood-panelled library, a state-of-the-art kitchen with adjoining breakfast room and a private hair and makeup salon.

The master suite offers a fitted walk-in closet and an octagonal dressing room plus a marble bathroom with classic claw-footed soaking tub and steam shower, while several of the guest rooms have private balconies.

Within the grounds are manicured lawns, boxwood-lined pathways, and a poolside loggia with outdoor fireplace.

Williams and her internet entrepreneur husband, Alexis Ohanian, co-founder and executive chairman of Reddit, appear to be downsizing slightly by selling the property, though have no plans to leave LA for good.

Last year paid nearly $6.7million for a brand-new, neo-Mediterranean residence of about 6,000sq ft in a guard-gated enclave tucked into the mountains between Beverly Hills and Studio City.

The pair also own an apartment in Paris and a home in Palm Beach Gardens in Florida.

Williams is at the center of a worldwide media storm following a heated row with a chair umpire during her US Open final straight-sets loss to Naomi Osaka on Sunday. 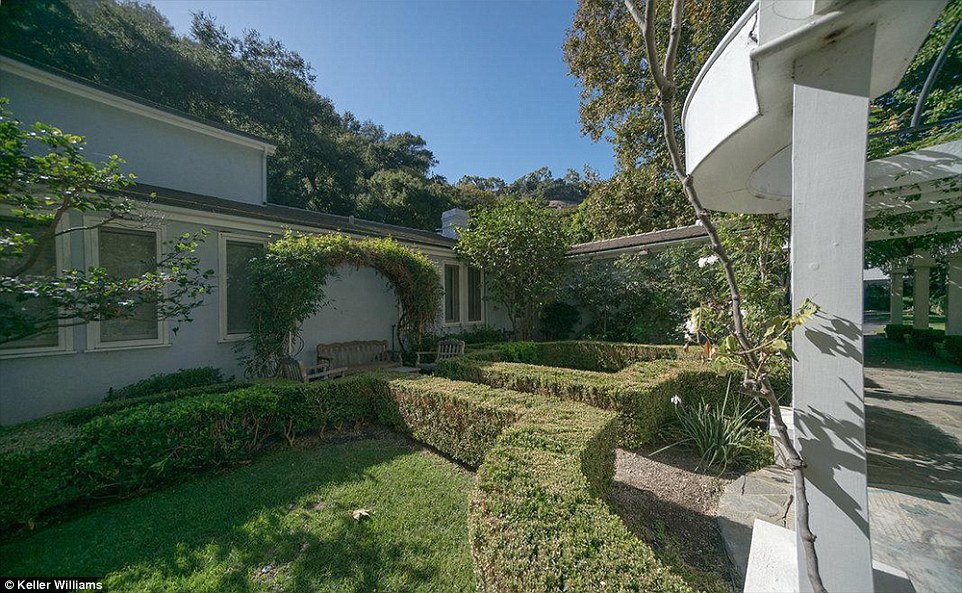 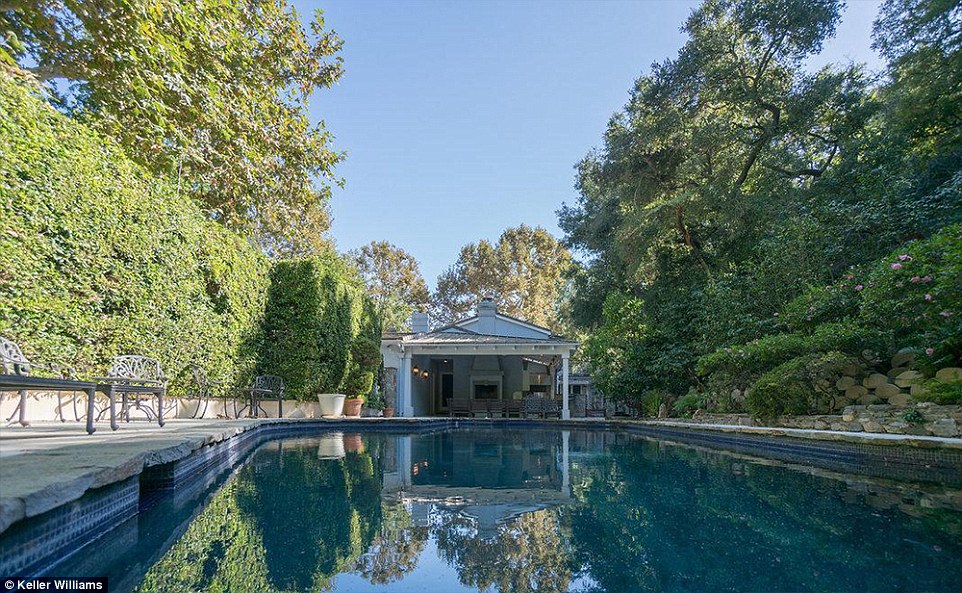 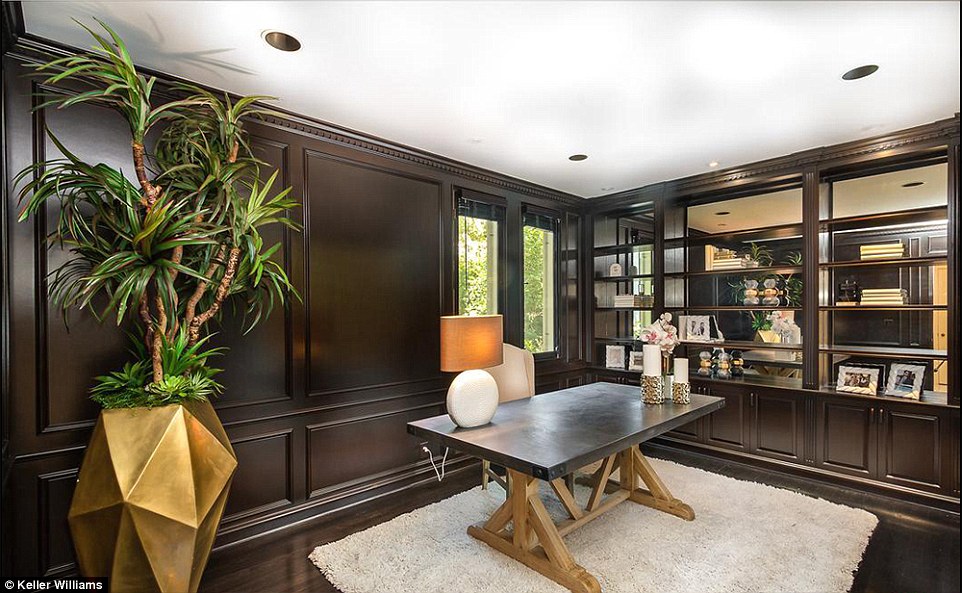 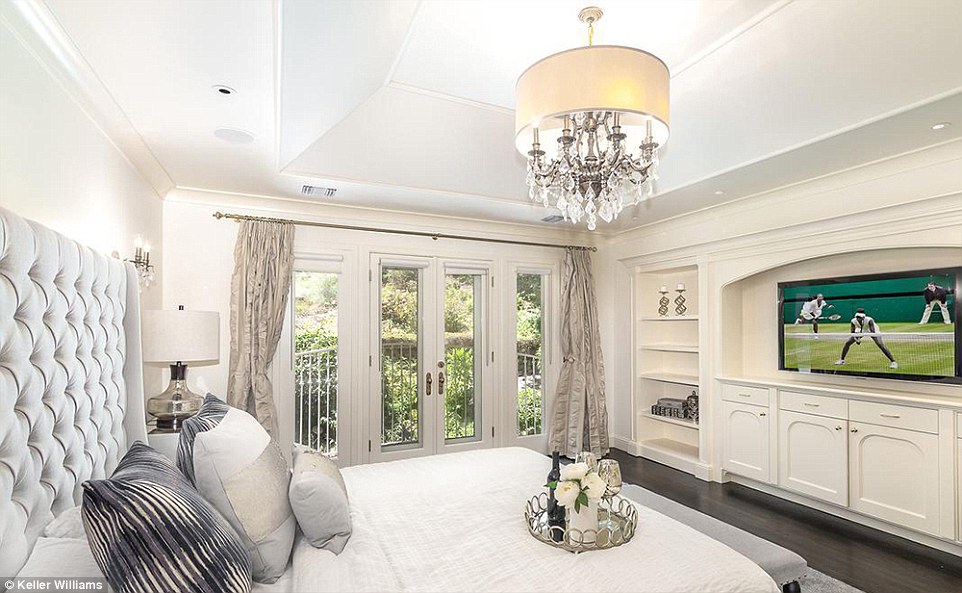 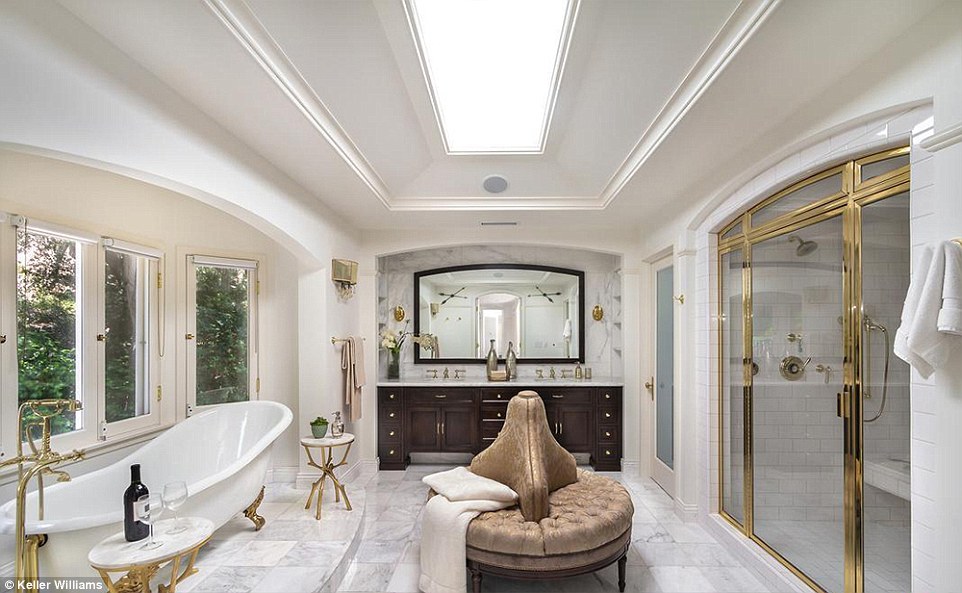 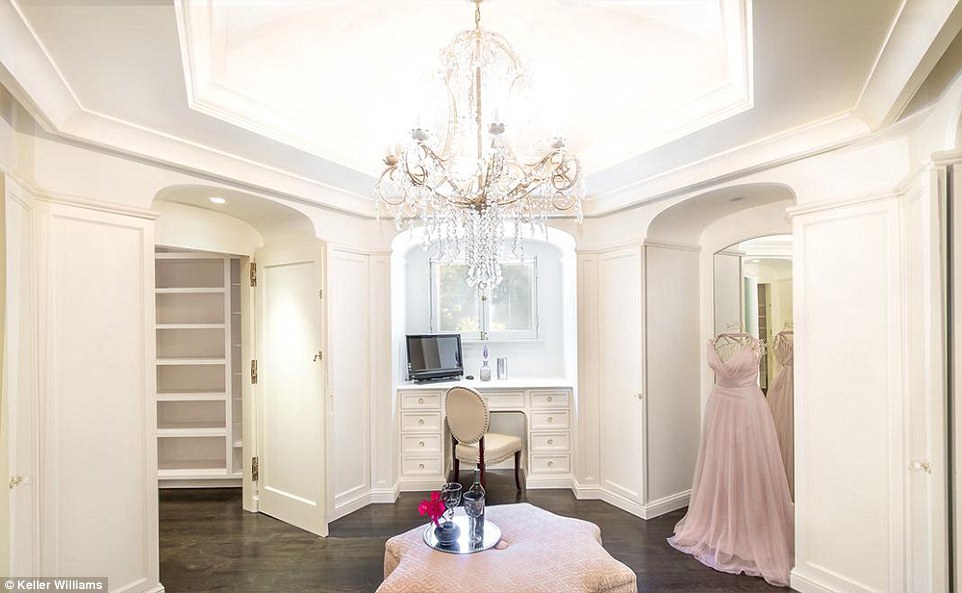 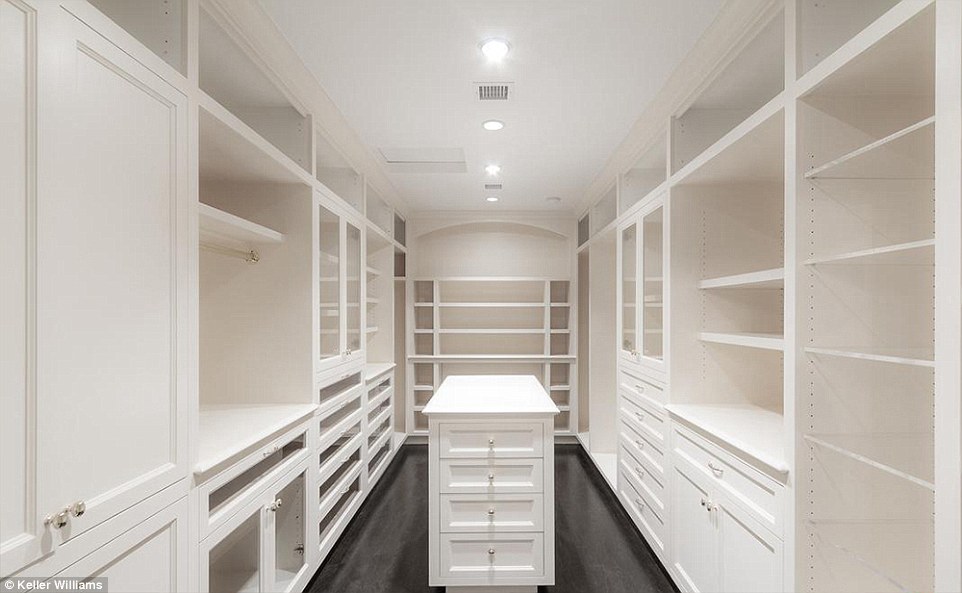 During the game, Williams was given a code violation for coaching followed by a penalty point for smashing her racquet, and lastly had a game docked for verbal abuse.

The 23-time Grand Slam winner argued that she was unfairly penalized for offences that men routinely get away with, calling it ‘sexist’.

Many – including fellow tennis stars Andy Roddick and James Blake – have come out in support of Williams, though others have been more critical.

Billie Jean King, a founding member of the Women’s Tennis Association, initially agreed that there was a ‘double standard’ with the way Williams was treated, but she later softened her stance, saying that Serena was ‘totally out of line’ but the umpire aggravated the situation.

Meanwhile, a cartoonist from Australia has received worldwide condemnation after publishing a cartoon of Serena throwing a tantrum which has been widely seen as racist.

The offending illustration shows Serena jumping up and down on her racquet with a dummy nearby, while Osaka – who appears to be white with blonde hair – politely speaks to the umpire.

But the Herald Sun, which initially published the illustration, has backed cartoonist Mark Knight and reprinted the illustration on its front page along with past unflattering portraits – largely of white politicians.

The headline reads ‘Welcome to PC World’ while a strap-line underneath says: ‘If the self-appointed censors of Mark Knight get their way on his Serena Williams cartoon, our new politically correct life will be very dull indeed.’