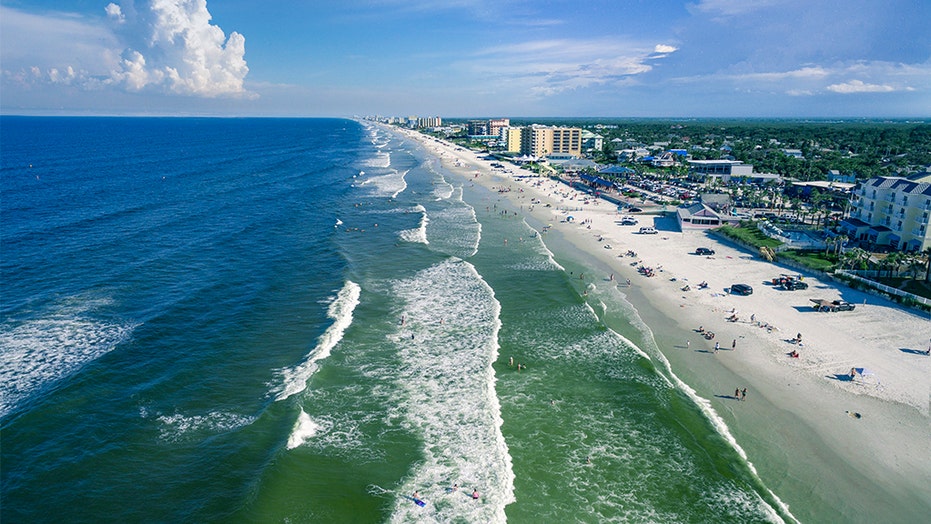 Two surfers were bitten by sharks minutes apart at the same Florida beach on Saturday, according to reports.

Officials reportedly said they were notified on Saturday afternoon that a  23-year-old woman had to receive stitches after she was bitten on her left hand and wrist at New Smyrna Beach, on Florida's Atlantic coast, according to authorities.

Then, as the woman was leaving the scene in the ambulance, a 21-year-old male surfer reported being bitten on one of his feet, suffering several minor cuts, ClickOrlando.com reported, citing information from Volusia County Beach Safety.

The man was treated at the scene. Neither bite was life-threatening.

Lifeguards reportedly rescued 30 people from the surf on Saturday without any major issues.

New Smyrna Beach has been dubbed by some as the "shark attack capital of the world." Last Monday an 18-year-old surfer became the sixth person attacked by a shark there this year.