This is the shocking moment a boy narrowly escapes with his life after running across a railway line in front of a train.

Security camera footage shows the boy scrambling onto the platform just a second before the train screeches past in Thane, on the outskirts of Mumbai, India.

The youngster wanted to catch a train on the opposite platform to where he was standing, according to reports, which caused the mad dash across the tracks. 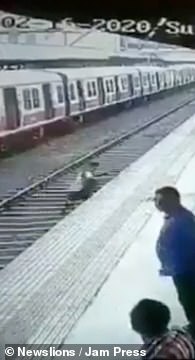 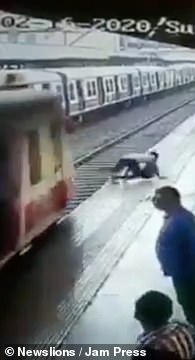 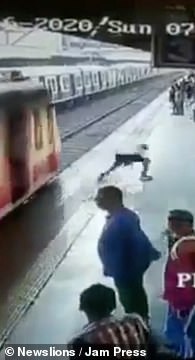 The boy ran across the tracks and narrowly missed the train in Thane, on the outskirts of Mumbai, India. He was a second in front of the train

The video shows passengers standing on the platform  waiting for the train.

Then, without warning, the boy jumps out as the train approaches.

He sprints across the tracks and leaps onto the platform, missing the train by inches.

The video was released by railway officials in order to deter other commuters from risking their lives crossing the tracks.

It was filmed at the station yesterday at 7.40am local time. 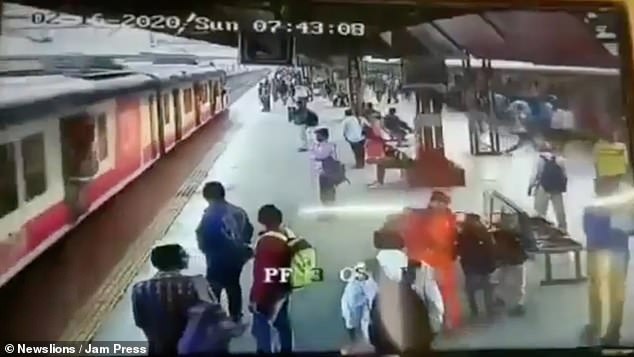 The boy had allegedly been racing to catch a train on a separate platform, according to reports 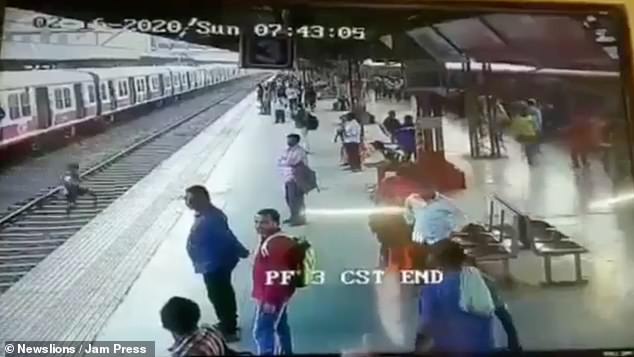