THE shocking moment a driver racing another car hits a pregnant mum, 17, and her toddler at 76mph in 30mph zone has been captured on video.

Bellal Ahmad, 29, hit and seriously injured the pair without stopping to check if either were unharmed in Stoke-on-Trent. 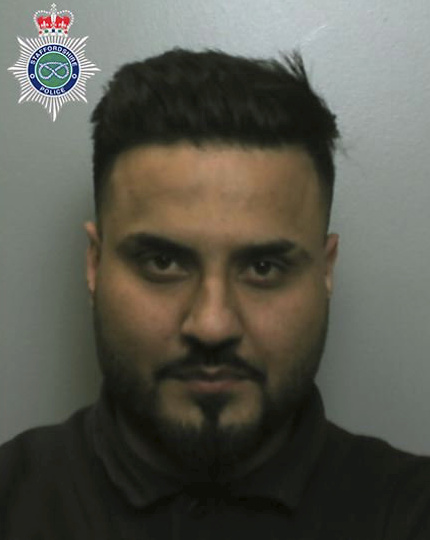 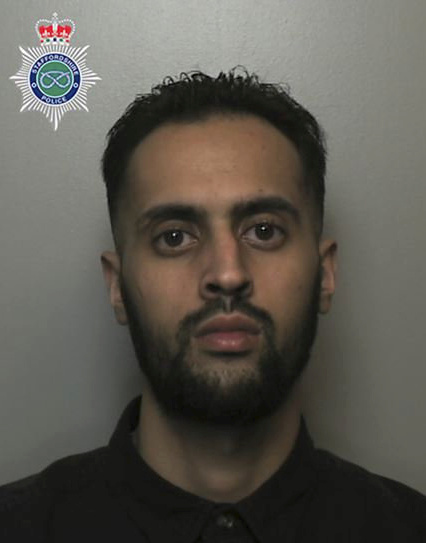 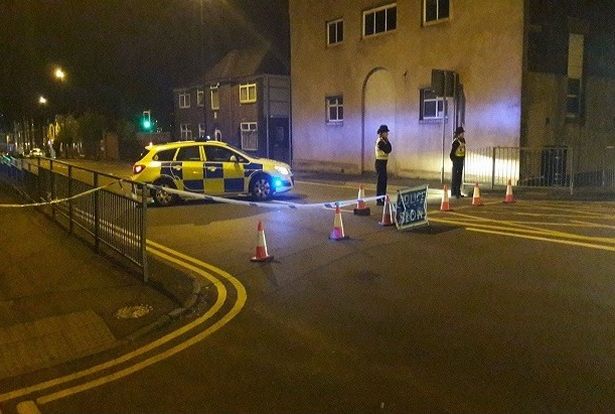 The 17-year-old mum, who was pregnant with her second child, was carrying her daughter across Waterloo Road, Cobridge, after picking up groceries.

Horrifying footage released by Staffordshire Police shows the Jetta striking the pair as it spins out of control on the narrow residential street.

Ahmad was driving an Audi A7 chasing a Volkswagen Jetta which struck the pair a few steps off the curb at 8.25pm on August 15, 2017.

The mum suffered a broken pelvis, ankle and eye socket and deep cut to her shin, while her daughter's liver was torn and her head and chest bruised.

Both were taken to Royal Stoke University Hospital and survived with the mum later giving birth to a healthy baby.

The Audi and the Volkswagen fled the scene, the Jetta within four seconds of the crash.

Detectives established both cars jumped red lights at the junction of Waterloo Road and Greyhound Way at 76mph in a 30mph zone.

As they passed a supermarket the Jetta was travelling at 68mph and the Audi at 53mph.

The Jetta slowed to 54mph as it met the junction of Hawthorne Street where it braked heavily before hitting the mum and daughter.

Ahmad was arrested two days later after the Audi was found.

He was jailed for causing serious injury by dangerous driving at Stoke-on-Trent Crown Court on August 18 after pleading guilty at an earlier hearing.

He is required to take an extended driving test when eligible.

Aqeeb Rasab, 26, of Wulstan Road, Cobridge, was jailed for 12 months in June 2020 after pleading guilty to perverting the course of public justice at Stoke-on-Trent Crown Court.

Several weeks after the collision Rasab called the police and claimed he was driving the Audi A7 which was actually driven by Bellal Ahmad.

An investigation showed that he wanted payment for the cover up from Ahmad.

Detective Constable Marc Heath, of CID North, said: "Ahmad was racing the other person in a Volkswagen Jetta and the speeds were in excess of 70mph in a 30mph area.

"He went through a red light and weaved across the road.

"Thankfully, the 17-year-old woman and her daughter did not lose their life. She went to give birth to a healthy baby.

"I would like to thank the members of the public who assisted the victims at the scene, those that came forward to provide witness statements, those that provided CCTV footage and the CCTV operatives at Stoke-on-Trent City Council for their superb work during this case."