The footage from Taronga Zoo, in Sydney, shows the ape squashing the little bird and flinging its carcass around the enclosure in full view of visitors. 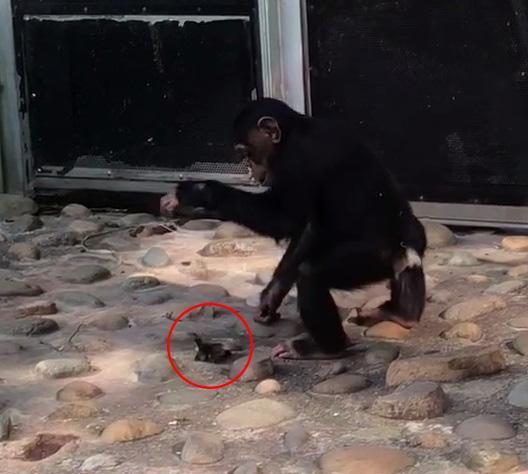 Crowds can be heard gasping as a young girl asks: "Where's the duckling? What is he [the chimp] doing?"

He posted online: "We walked up to the chimpanzees only to see seven ducklings being beaten to death.

"I turned around to the Taronga Worker and said, 'can't you get these ducklings out?' only for her to respond, 'unfortunately they aren't part of our exhibit'." 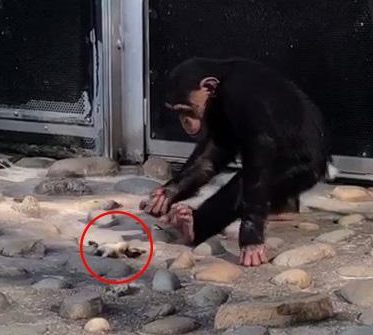 Taronga Zoo houses a total of 17 male and female chimpanzees, according to its official website.

It claims its chimp community is internationally recognised as "one of the most natural in terms of social cohesion, behaviour and breeding".

In October, a jealous chimp named Romeo attacked a zookeeper in Ukraine because he thought the man was flirting with his partner, Juliet.

Romeo flew into a rage when his female mate tried to kiss zookeeper Sergey through a glass window in the enclosure at the Feldman Eco Park zoo in Lisne.

The chimp started pummelling Juliet and when Sergey stepped in to try and break them up, Romeo turned on him, biting off his fingers and part of his ear.

Fortunately, the keeper escaped and was rushed to hospital where he underwent surgery for his injuries.

After dancing with death, Erik Skoglund is still fighting

Top 10 boxers of all time announced with Floyd Mayweather Jr No 1, Muhammad Ali down at FOUR and Mike Tyson snubbed – The Sun
Fashion News