THIS is the shocking moment a fed-up driver punched a woman in the ankle as she danced on his roof. 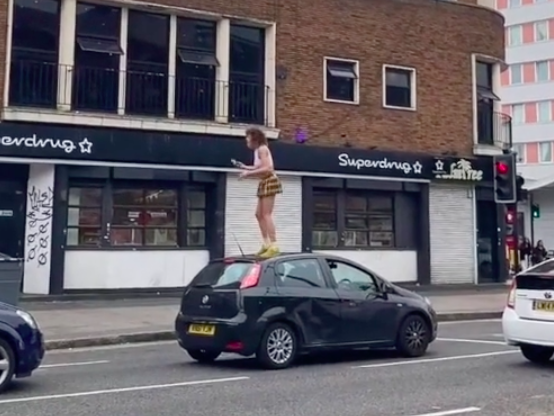 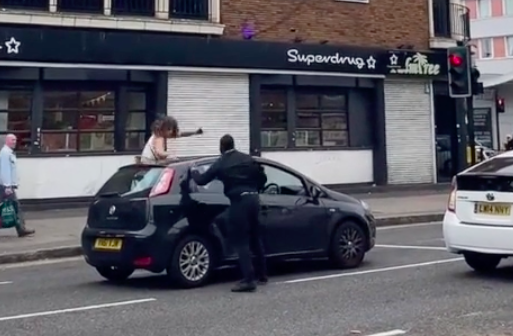 In the video, the woman was seen dancing on the roof of the man’s Fiat in the middle of a busy high street.

Suddenly the furious driver gets out of the car and punches the dancing female in the ankle.

She was sent flying backwards off the car roof and slammed onto the street before apologising to the driver.

The footage was shared to Twitter, and the woman had reportedly been jumping from the roof of one vehicle to another on the street.

Many viewers of the video said they were left stunned by the man’s punch.

Another said: “He didn’t have to activate the dreaded ankle punch. He went too far."

Meanwhile, others claimed the scene was typical of the area.

One wrote “Welcome to Romford Road”, while another commented "typical Forest Gate this”. 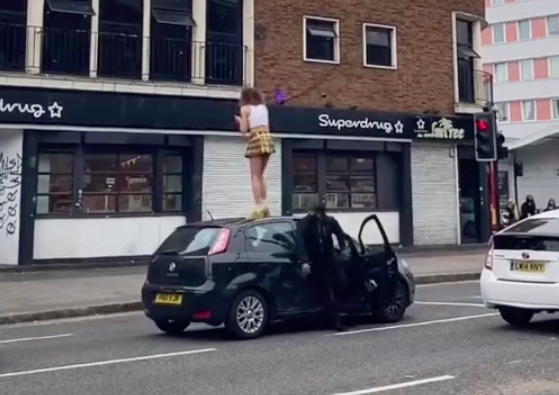 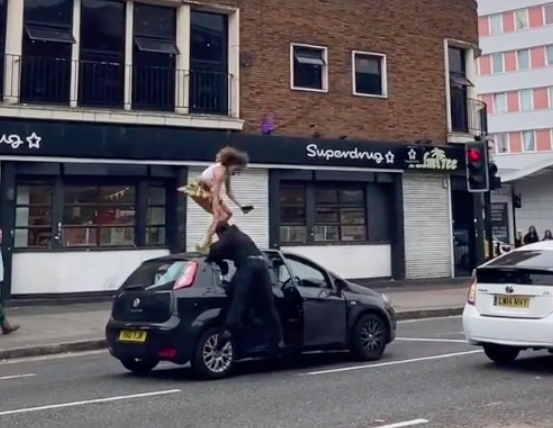