THIS is the shocking moment that two reckless boy racers ram into each other in a ‘Grand Theft Auto’ style race on a busy road.

Footage posted online shows the brazen speedsters laughing as their cars collide on the A10 motorway near Ely, Cambridgeshire. 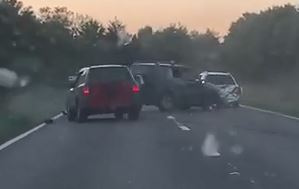 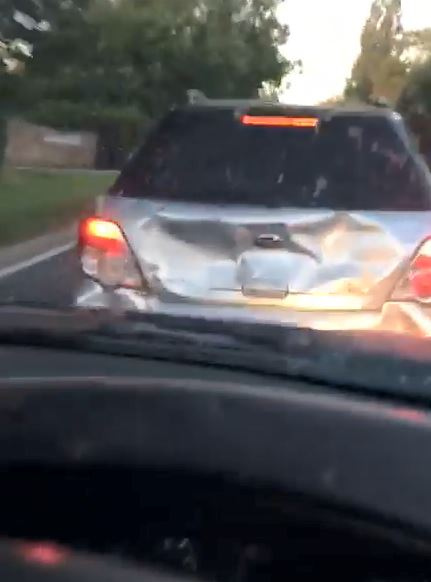 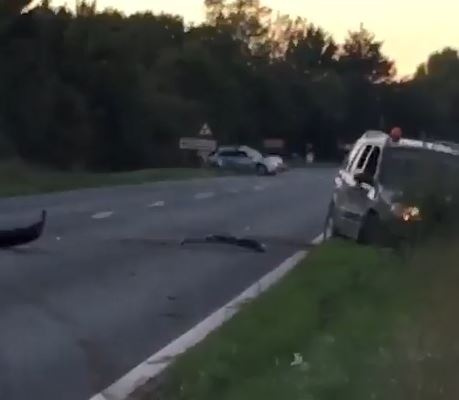 Another clip shows one of the daredevils ramming their vehicle into the back of a silver car ahead, just inches away from other drivers.

At the end of the video, one of the cars is seen lying in a ditch at the edge of the road following the crash as the cameraman chuckles.

Police were eventually called to the site of the crash in the village of Fordham – but the drivers had fled the scene.

The shocking clip was shared to a Facebook group named “Cowboy’s Don’t Care”, which has over 90,000 members.

One of the vehicles is thought to have been stolen from a farm in Cambridgeshire on the same day that the footage was taken.

A spokesman for Cambridgeshire Police said: “We are aware of footage circulating online of anti-social driving.

“We were called on August 18 at 10.31pm to reports that a burglary in had taken place earlier that evening at Carlton Hall farm, Fordham.

“A Daihatsu Tracker 4X4 vehicle was stolen and later suspected to have been involved in a collision with a blue BMW and a green Mini Cooper."

They added: “A fourth vehicle, also involved in the two collisions, has not yet been identified.

“The drivers of the Daihatsu Tracker and the unidentified car both left the scene in their vehicles.”

An investigation continues, and anyone with information is asked to contact police through web-chat or by calling 109 – quoting incident 552 of August 18. 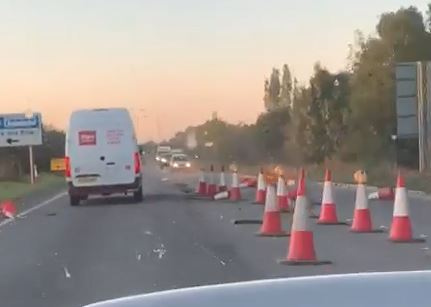 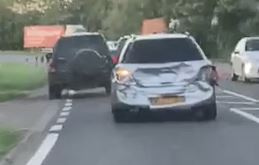