Shirtless runner Henry William Sintay was arrested after footage of him rummaging through Greg Markson's clothes and objects went viral. 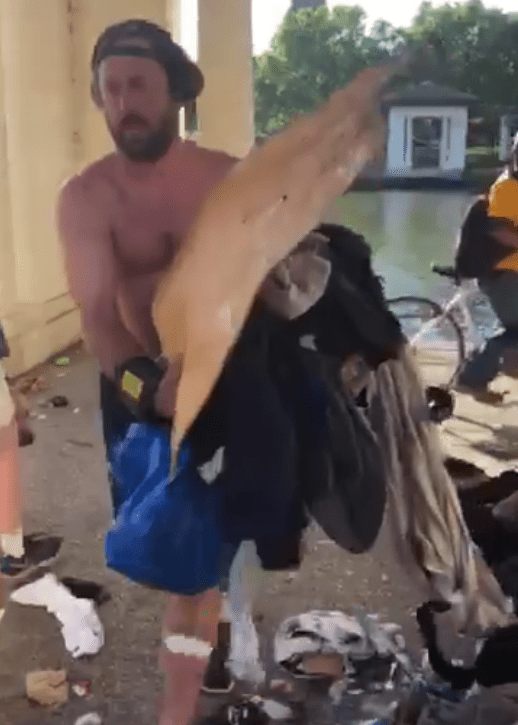 When two Oakland residents asked him why he was looting Markson's possessions, Sintay replied: "I'm picking up trash."

After tossing some objects into Lake Merritt, in Oakland, he added: "It's disgusting… It smells like p***."

Sintay, 30, was arrested on suspicion of robbery with bail set at £74,000, the Mercury News reported.

Locals Kenzie Smith and JJ Harris filmed the demolition and posted them on Facebook, where it has been viewed thousands of times. 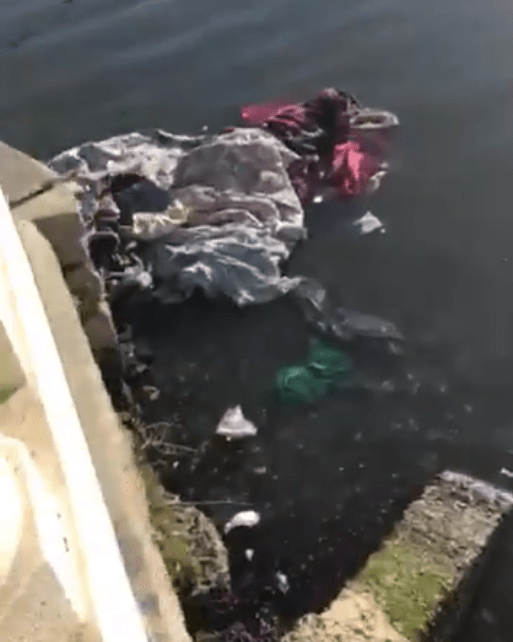 One of the clips made it to the Lake Neighbors group, whose members were furious at the man's recklessness.

Jason Reimann added: "People who prey on the homeless are parasitic leeches of the worst kind."

And Rachel Appleton said: "Such a cruel thing to do. This guy needs to get the f*** out. Not even cleaning, just ruining the guy's belongings." 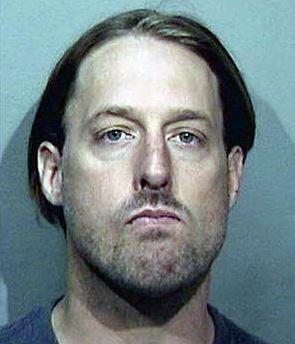 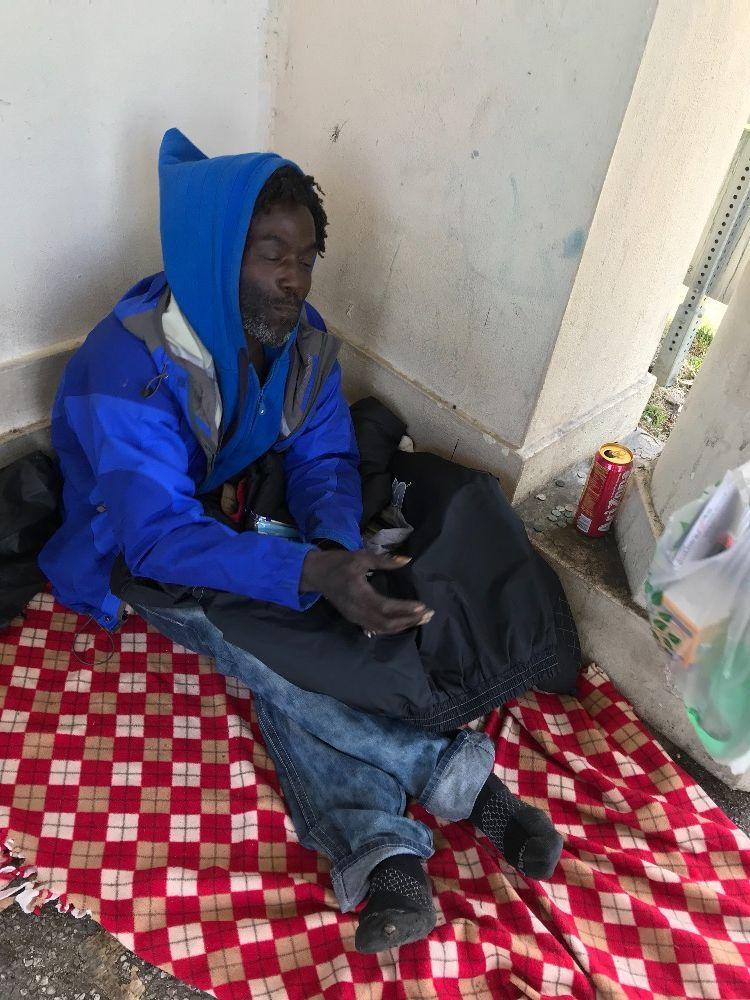 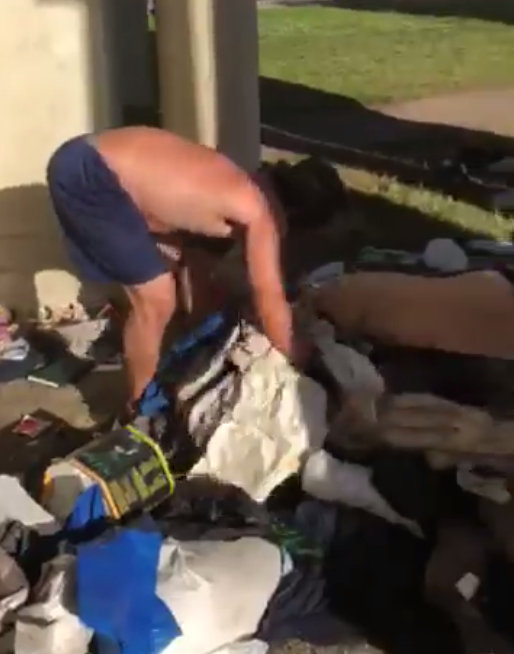 Oakland Police have opened an investigation into the incident, the New York Post reported.

Harris and Smith can be seen talking to the jogger as he picks through the homeless person's things.

While the man allegedly tossed some of the items into nearby Lake Merritt, he was not doing so on camera.

The runner claimed it landed in the lake by "accident" but a woman responds: "No, it was not. I saw you drag it and throw it in." 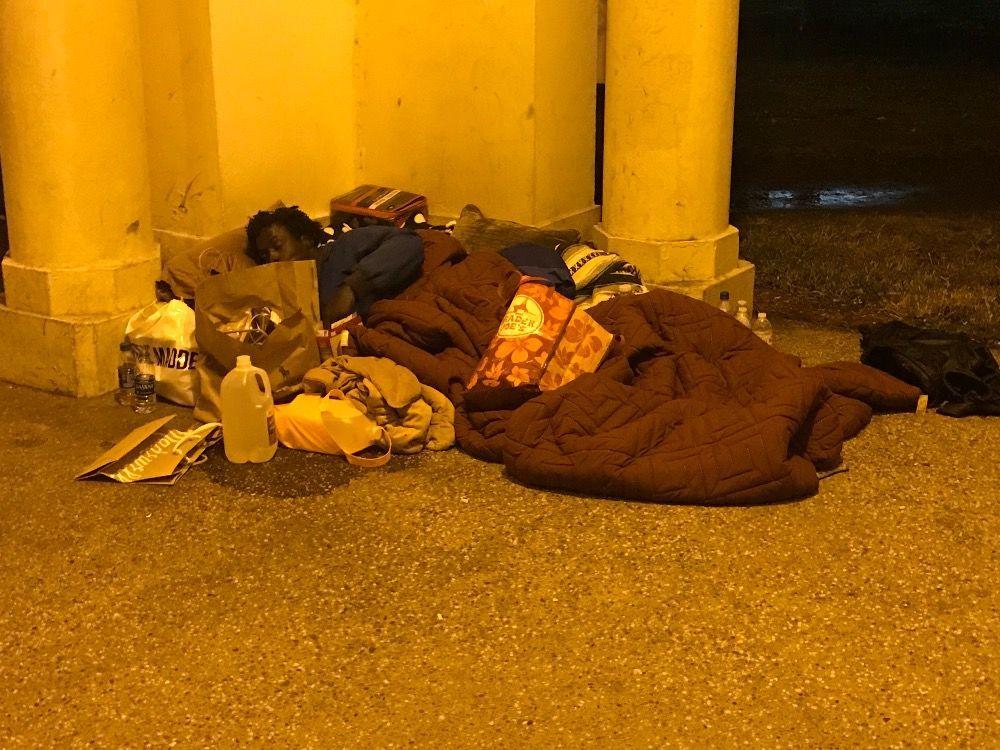 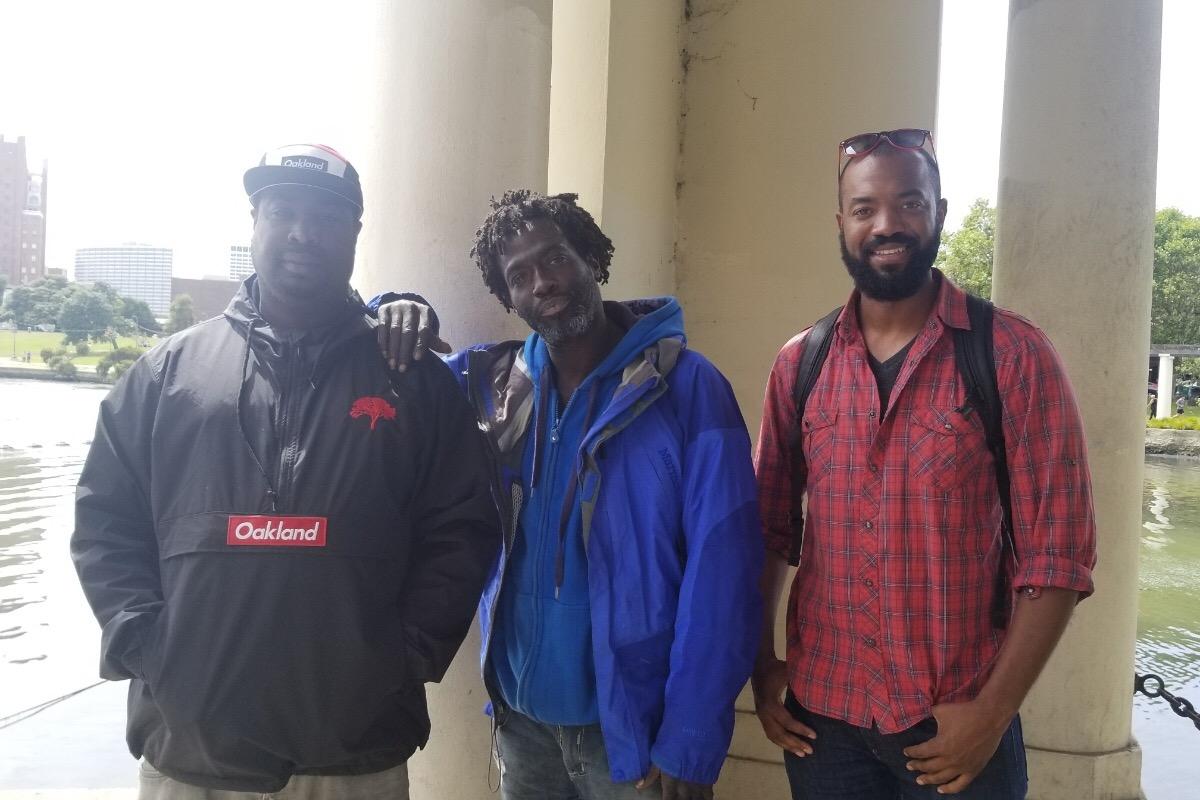 "This guy’s been living here for years," another bystander tells the jogger who shows no sign of stopping.

"You can't be this f*****g kind of s**t to people," another the says before the shirtless man replies: "I'm putting trash in the trash can."

Harris spoke out about the incident, telling the Guardian: "I was just completely taken aback.

"This is a homeless man’s stuff — a guy who is always peaceful, never causing trouble, always giving you a smile."

The community reportedly has rallied behind Markson and donated clothes, food and other items to help get him back on his feet.

Residents also started a GoFundMe page which has raised £7,500 since Sunday.

A version of this story appeared on the New York Post