The stunt appears to have occurred during the Ripley's Aquarium of Canada's Friday Night Jazz event in Toronto – a monthly event during which ticket holders can indulge in a cash bar. 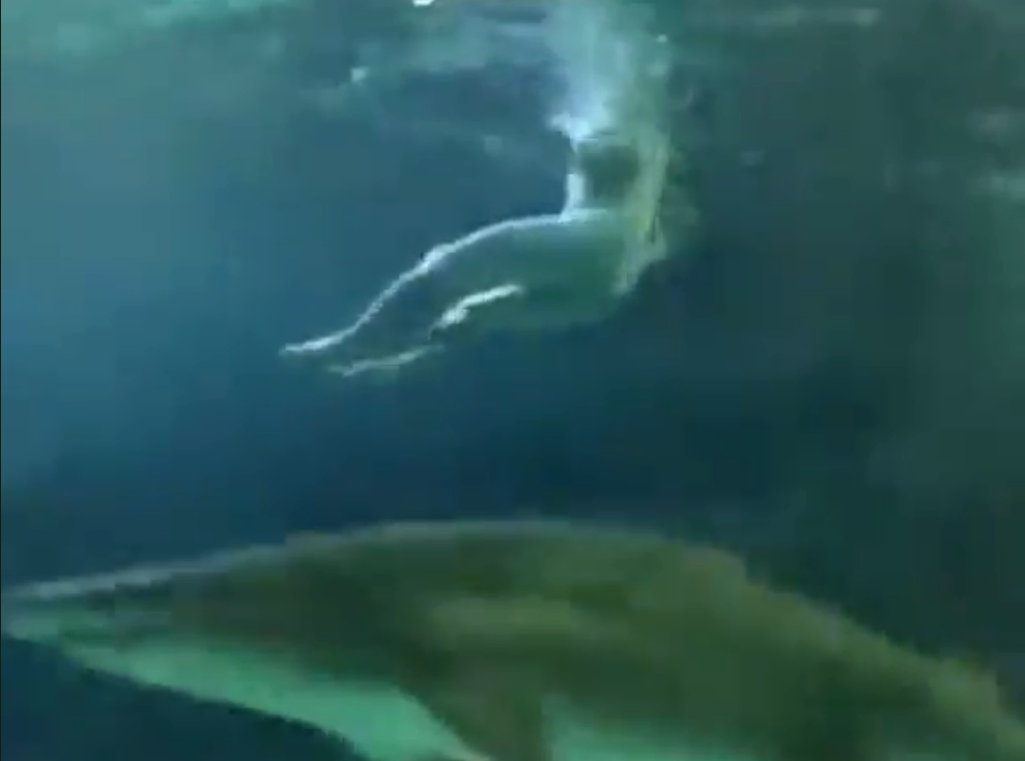 The video shows a heavy-set swimmer splashing about at the surface of the tank, as a pair of large sharks only swim feet below him.

A woman is heard to say "Oh my gosh!" while another male voice comments on the man's nakedness.

The sounds of jazz music plays in the background, just discernible over the amused calls of those in the viewing area.

The Sun Online have contacted the aquarium for comment. 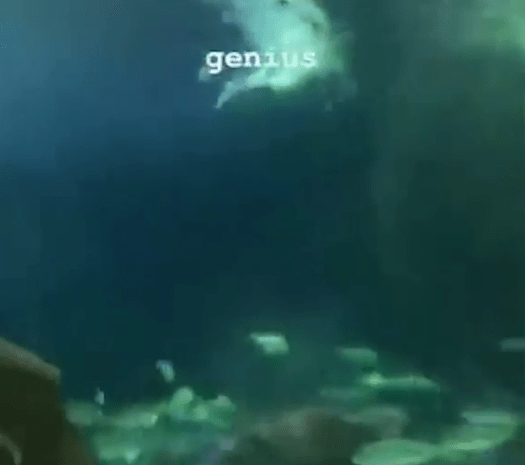 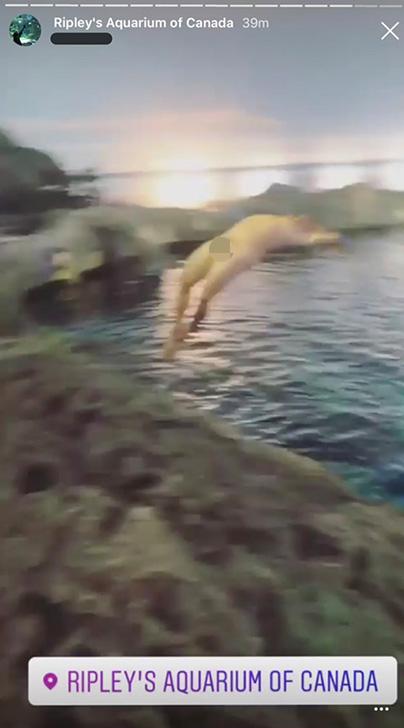 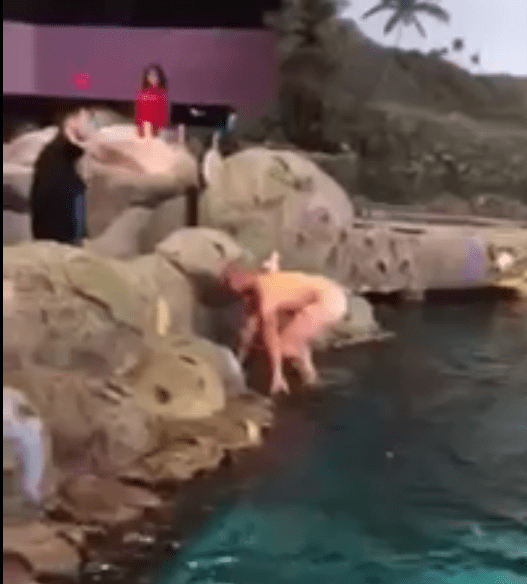 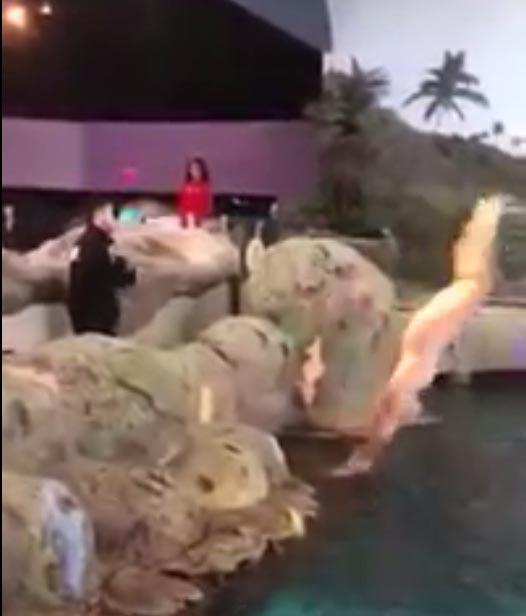 A second video posted on YouTube appears to show the man being told to get out of the water by security.

He climbs out as a large crowd watches on, and then performs a backwards arching dive straight back into the water.

After the man finally climbs out he is escorted by security, falling over the glass divider, still naked.

Milling among the other Aquarium visitors, he asks where his clothes are. 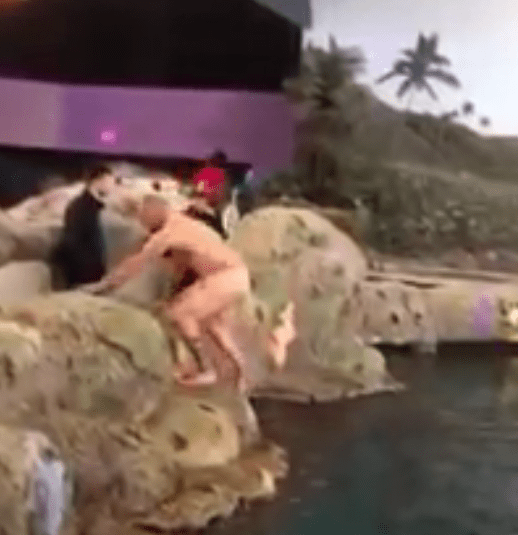 Finally a woman appears with his garments in a bundle.

A Reddit discussion of the footage suggests it was shot at around 10.30pm last Friday.

The original post suggests the swimmer was intoxicated and completed a couple of laps, laughing, before security got him out.

"Unsure if he went to jail," the poster said.

One commenter said: "I think we've officially arrived as a world class city." 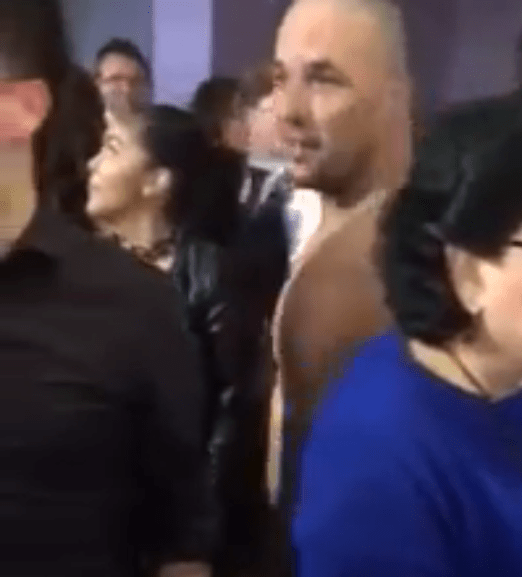 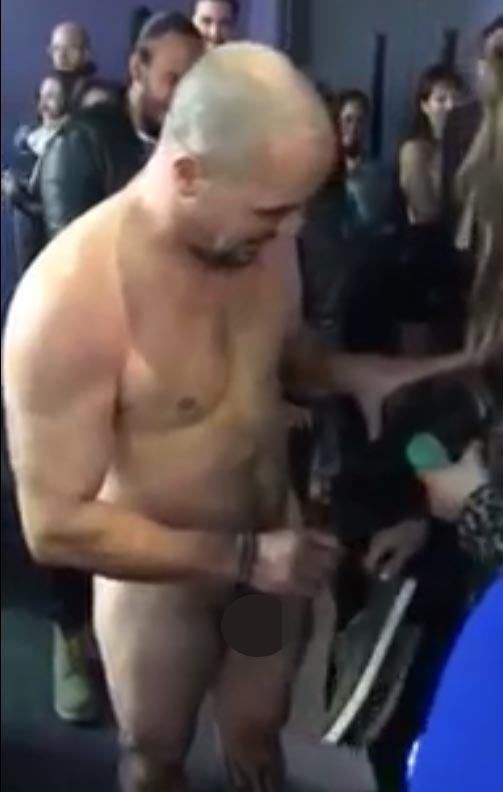 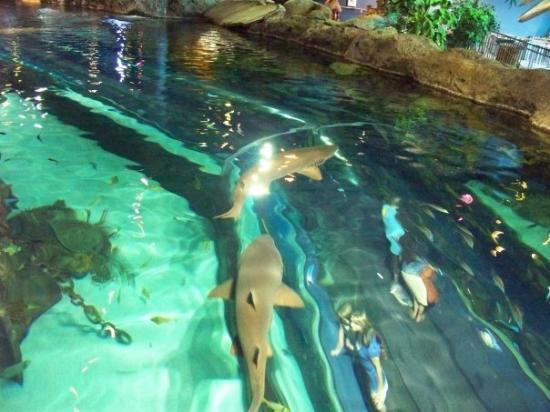 Another online user wrote: "he's lucky those Sharks are well fed and have no interest in eating him alive".

"Wow backwards dive, how technical. holds up card with "8" on it," wrote another.

A separate thread on Reddit suggested the man got away after running from security.