VIDEO shows the shocking moment a Texas high school football player RAMMED into a referee after being benched from a football game.

The Texas teen has since been charged with assault, and the high school team has been booted from playoffs. 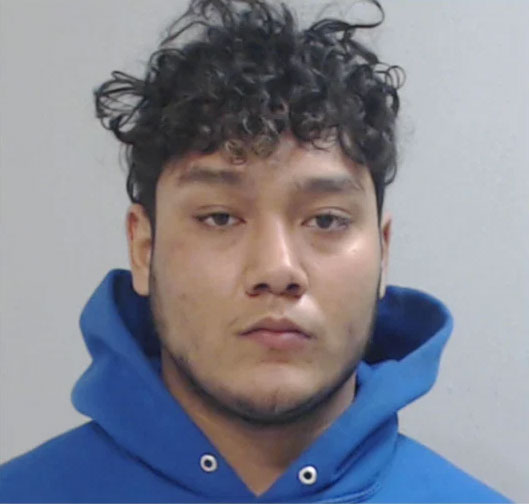 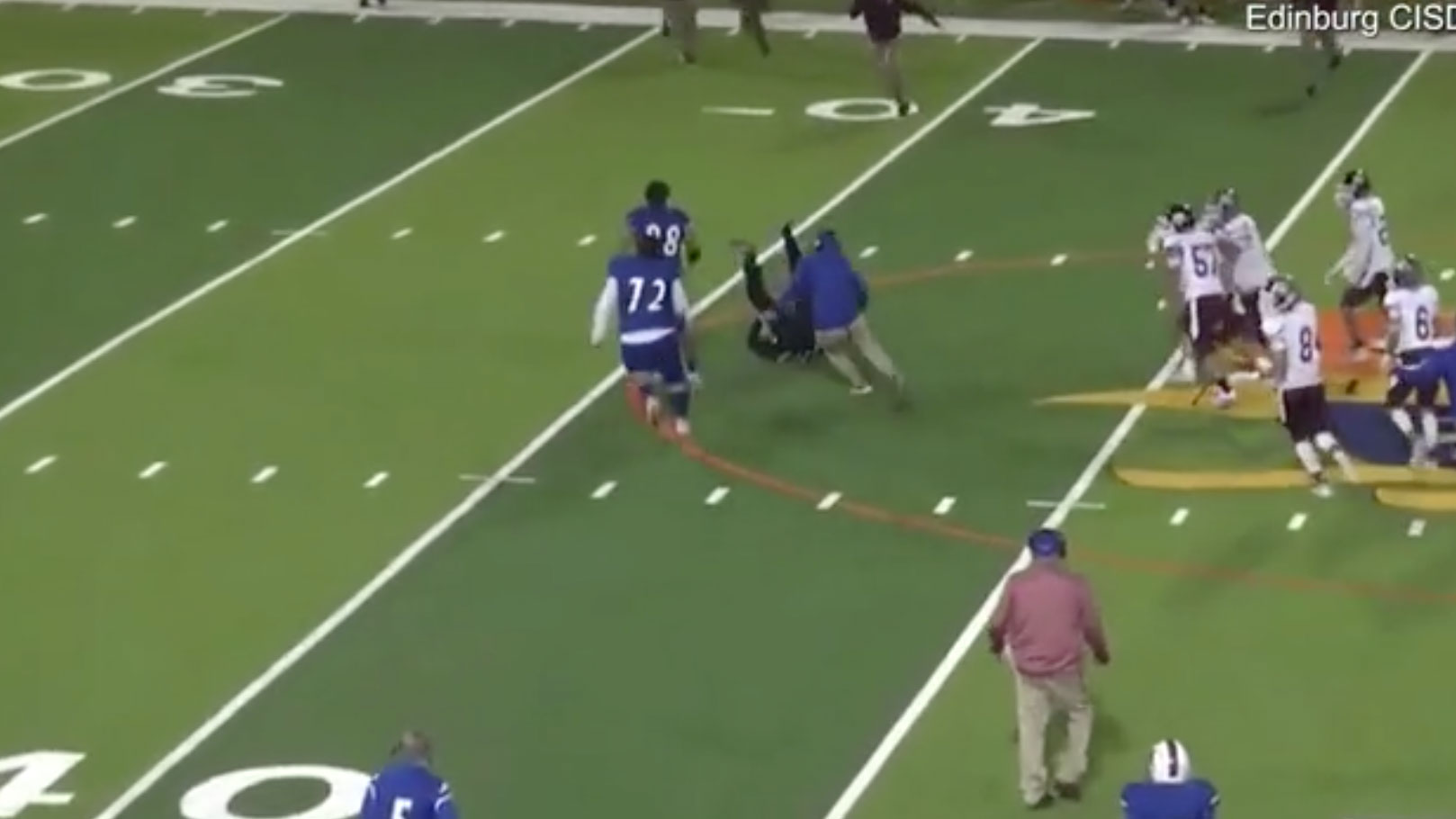 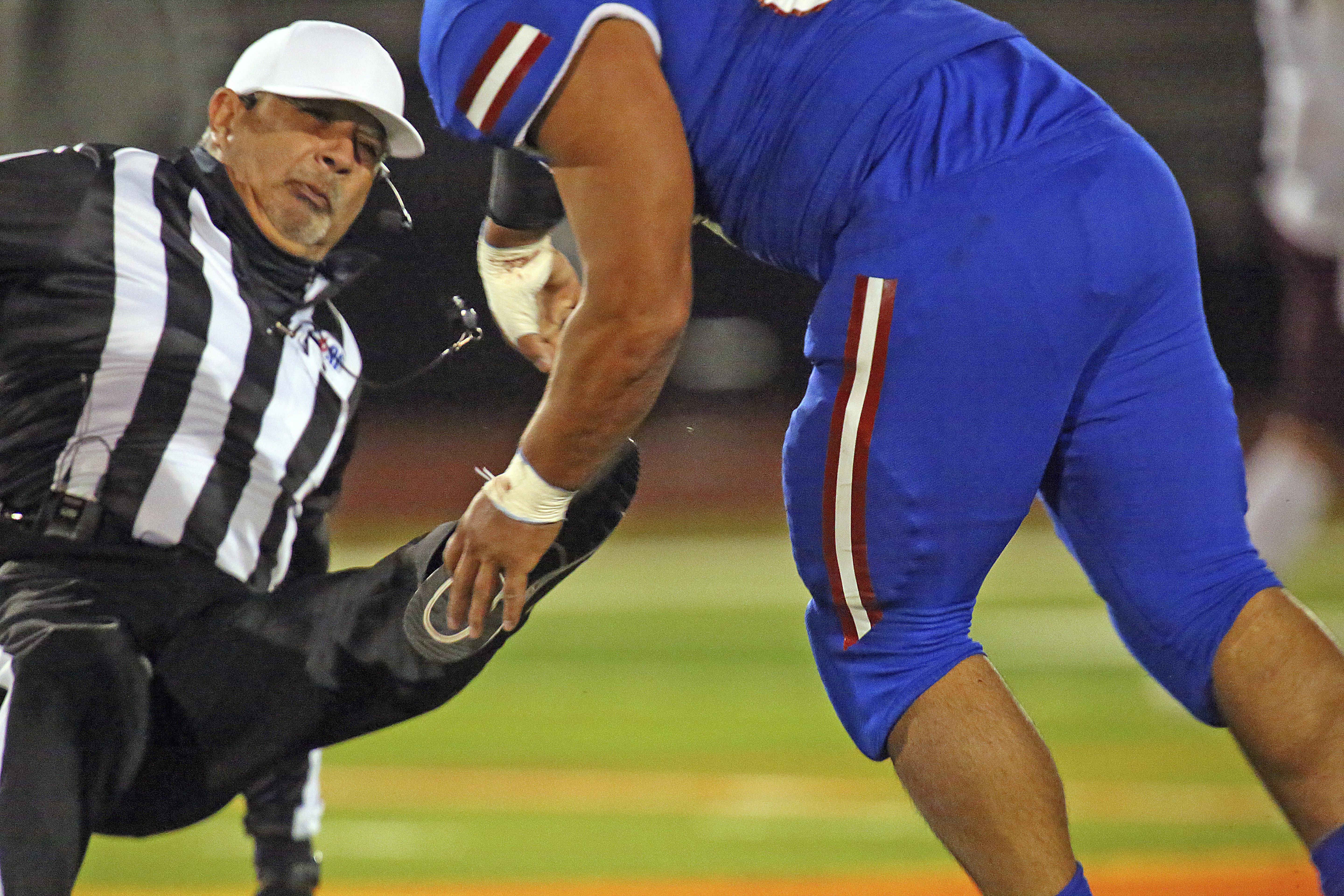 Emmanuel Duron, 18, was charged with Class A assault on Friday morning, after ramming into the referee at the game the night before, The Monitor reported.

Photos and video showed the incident, which took place at a stadium in Edinburg at a game between Edinburg High and PSJA High.

Referee Fred Gracia, 59,announced Duron was disqualified from the game after roughing a passer following a dead play, The Monitor reported.

He also had exchanged words with the referee, according to the news outlet.

Video shows after the teen was escorted off the field, he ran back on and charged at the official. 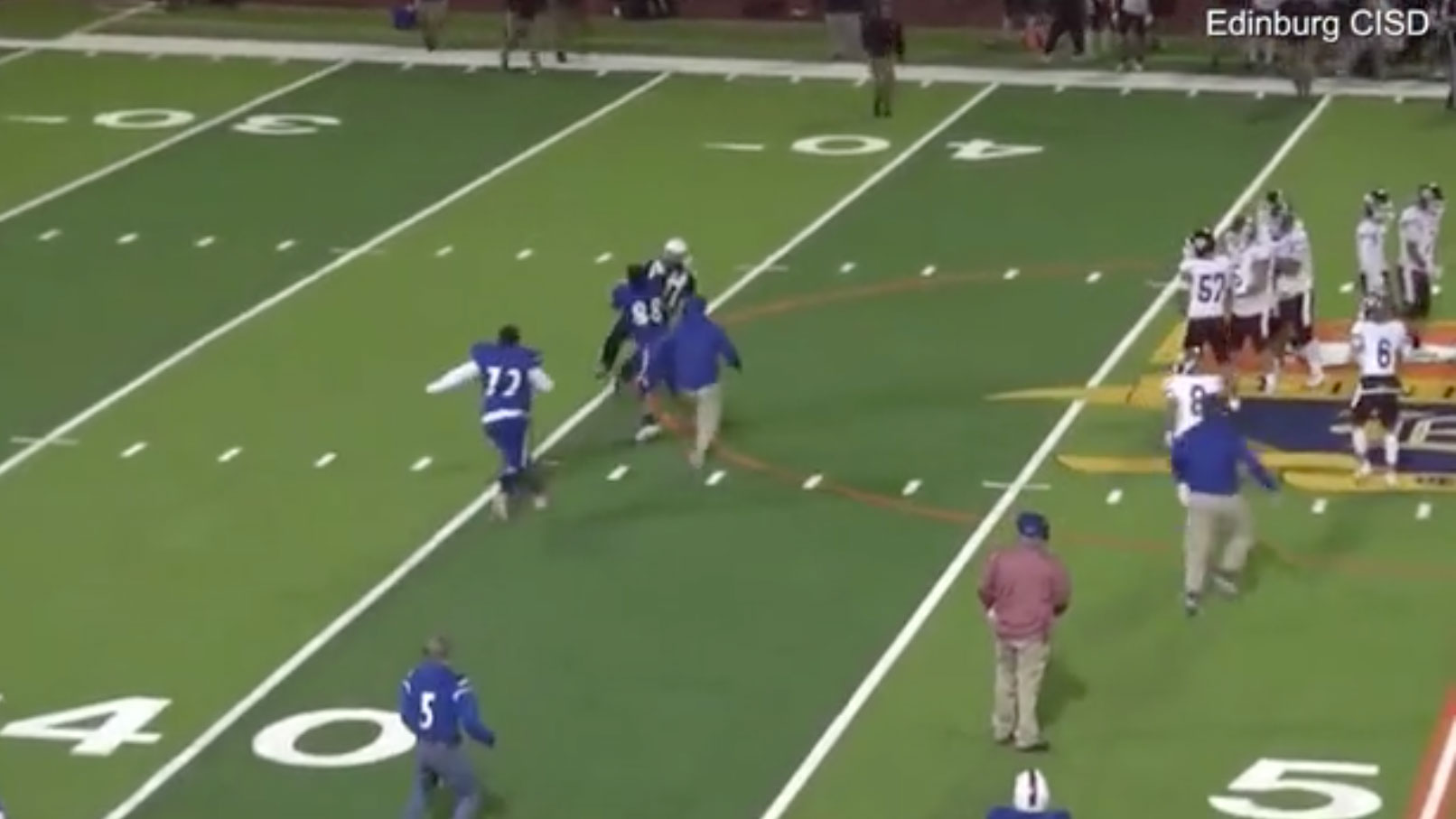 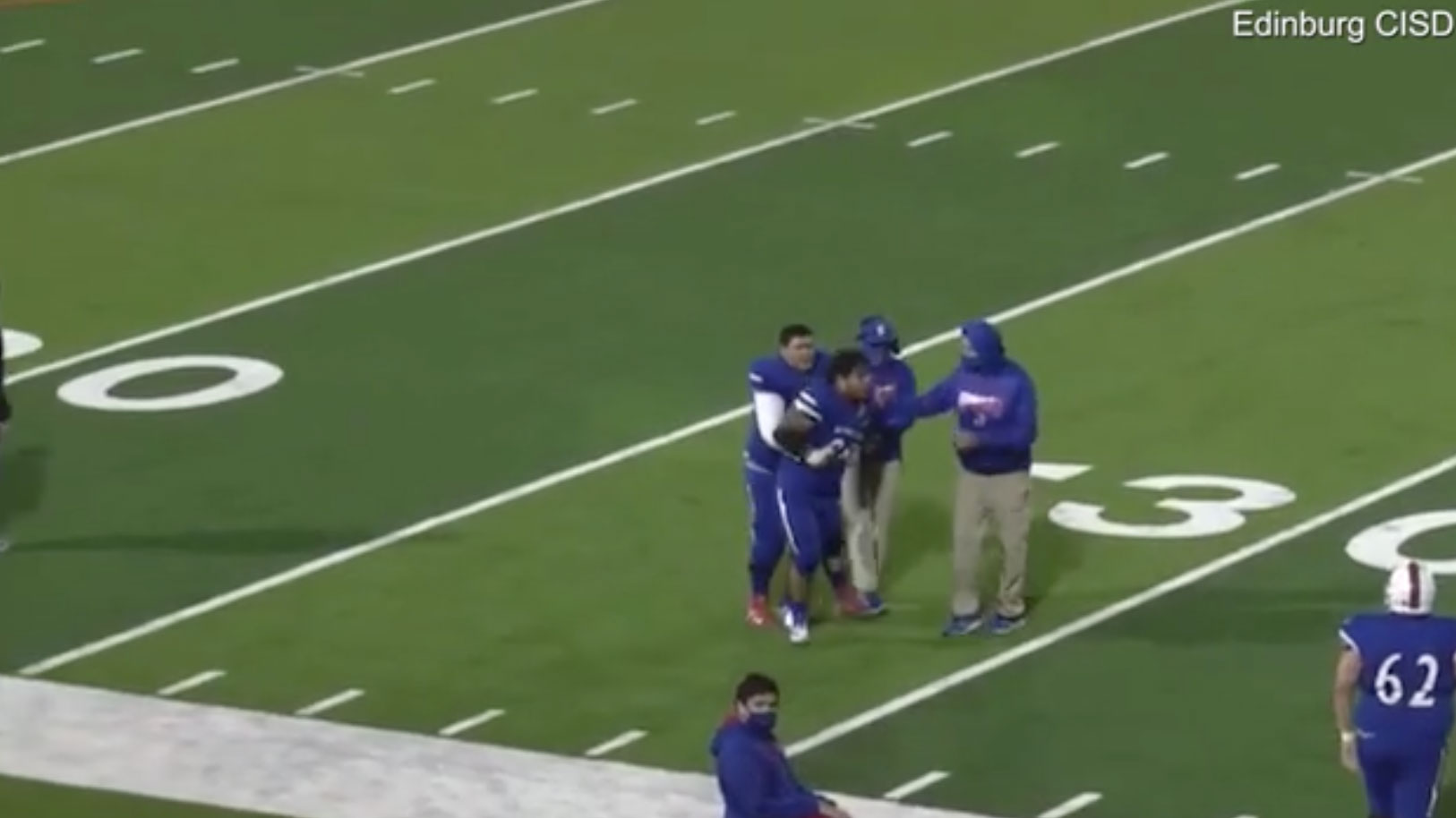 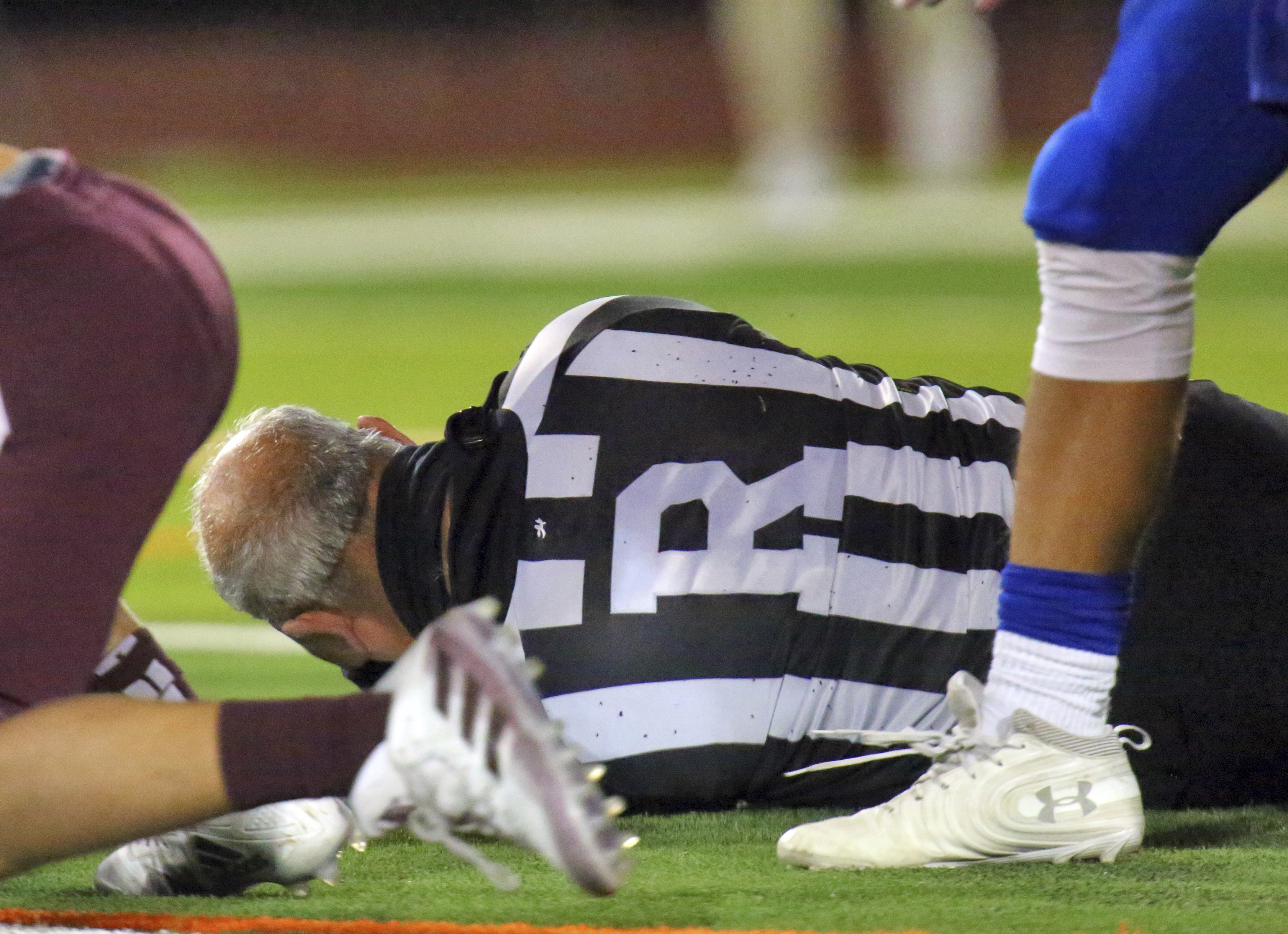 Duron hurled his body at the referee, throwing the official to the ground.

Players from both teams then swarmed around the ref and chased after the ejected player.

Duron's teammates held him back after he rammed at the referee.

Gracia remained on the ground for several minutes before being able to walk off the field, and was then evaluated in an on-site ambulance for symptoms of a concussion and a shoulder injury, The Monitor reported. 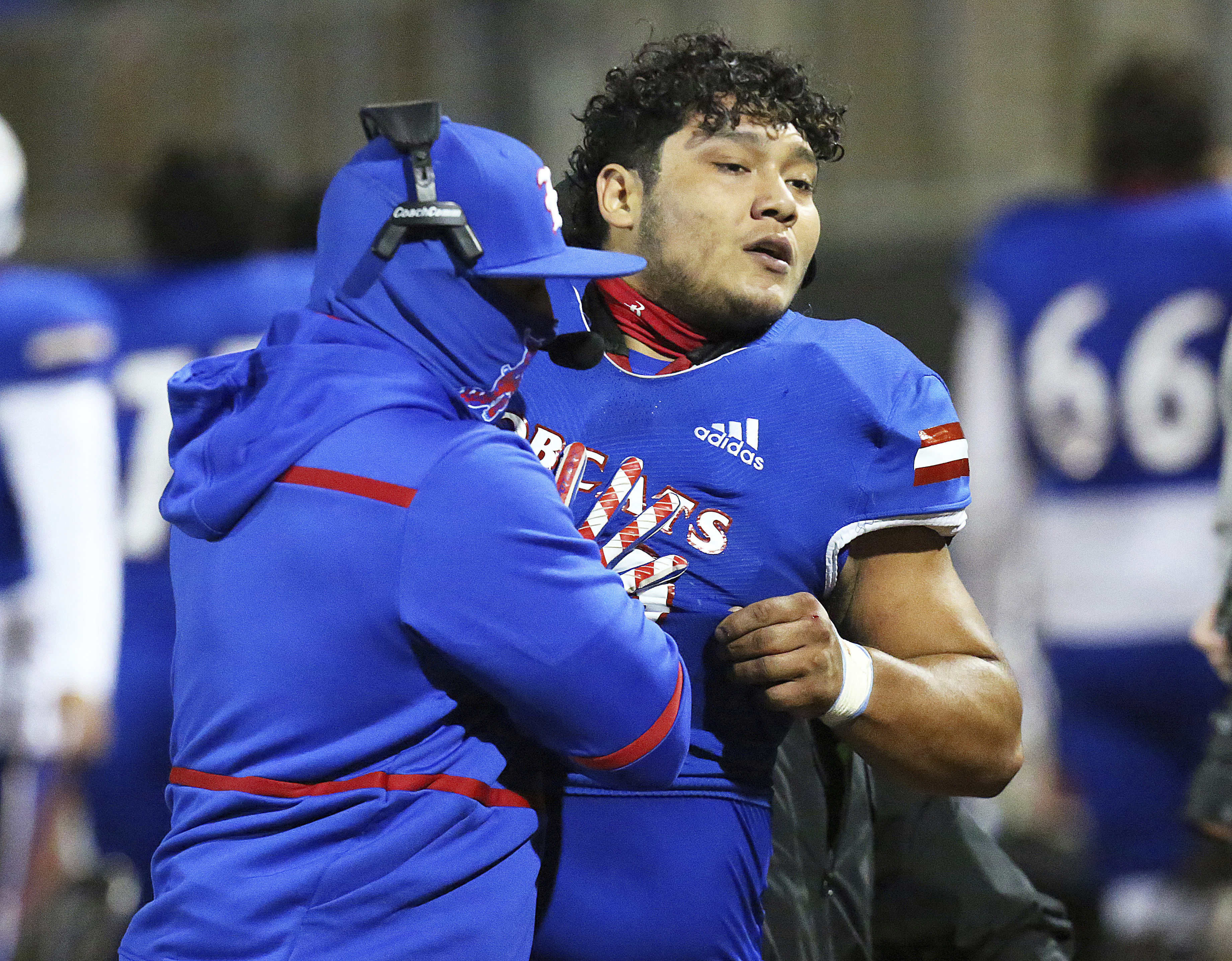 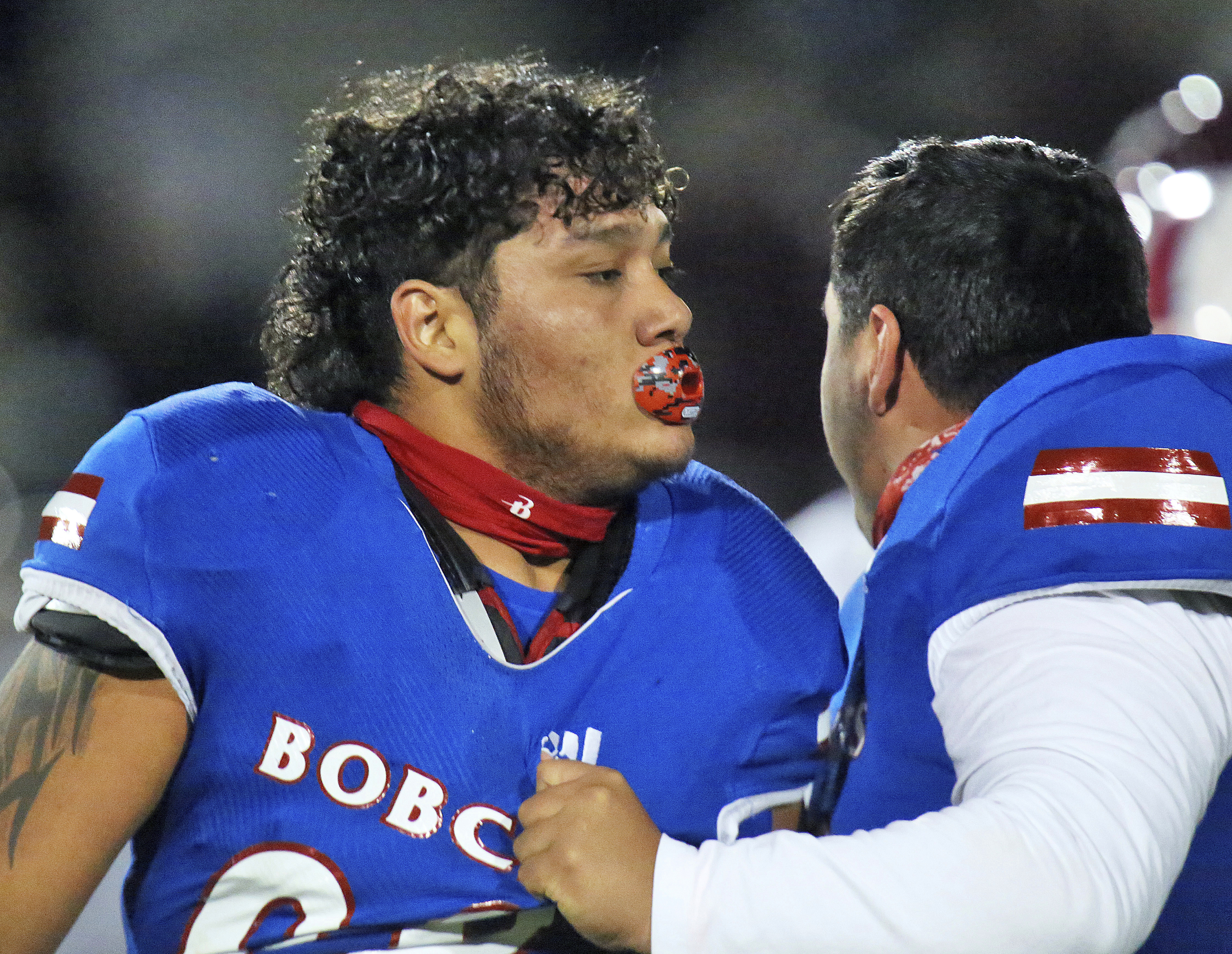 Following the charge at the referee, Duron was arrested, The Monitor reported.

He was charged Friday morning with Class A assault, and posted a bond of $10,000, according to the news outlet.

Edinburg Consolidated School District announced that the high school has been removed from the playoffs following the tackle. 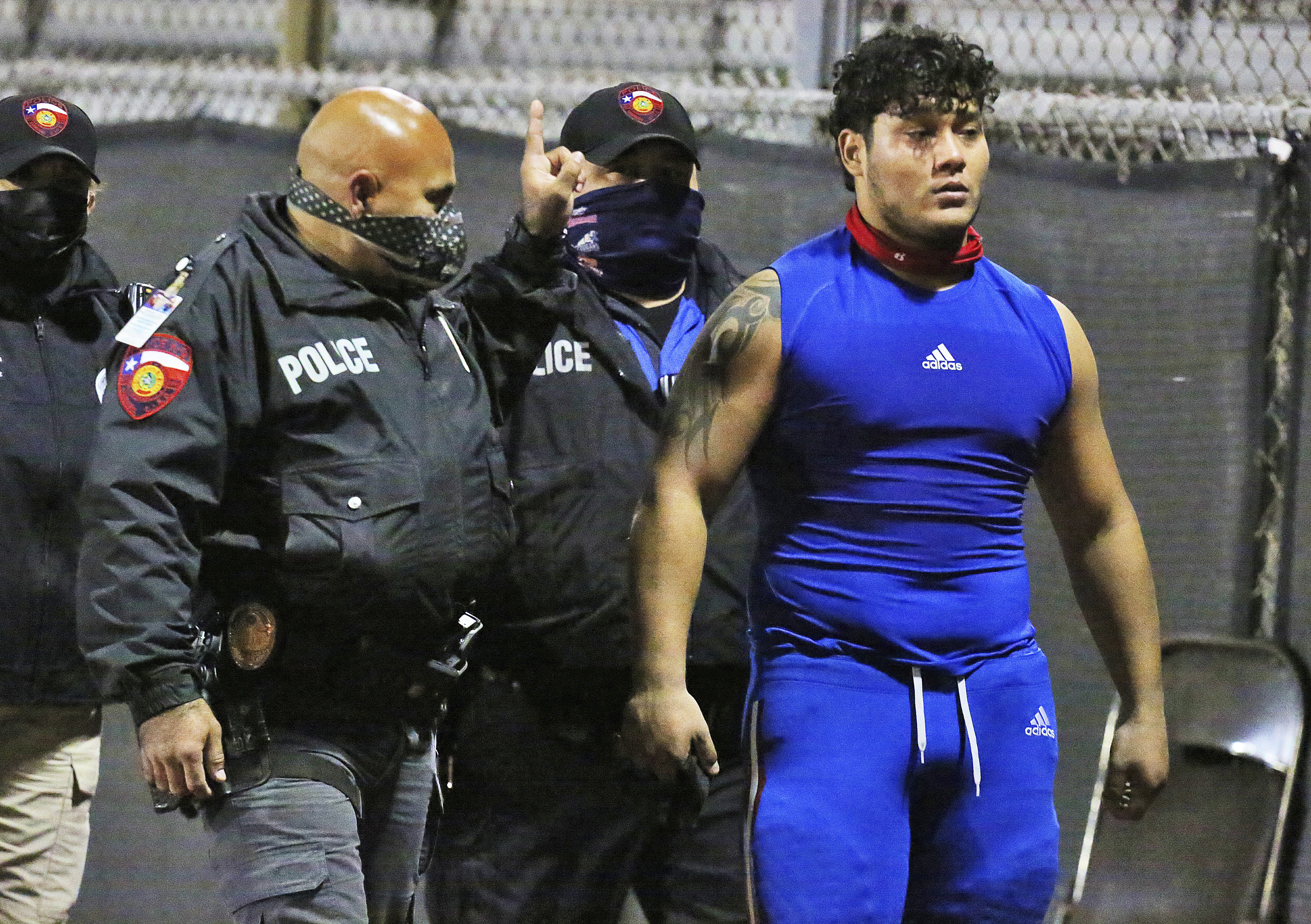 "The district has decided to remove the Edinburg High School football team from the playoffs after an unexpected incident involving a student that occurred during a football game on December 3, 2020," the school district said in a statement.

"We extend a sincere apology to the referee and his family.

"On behalf of the Edinburg CISD Board of Trustees and administration, we apologize to the athletes, staff, and our school community.

The school district vowed it will "take the appropriate disciplinary action once we understand the facts and circumstances underlining this incident."

"The district takes these matters very seriously; however, we cannot comment further on a pending investigation," the statement concluded.