Cops are investigating after the dramatic scenes unfolded in the Castlemilk area of Glasgow at 6.20pm on Friday. 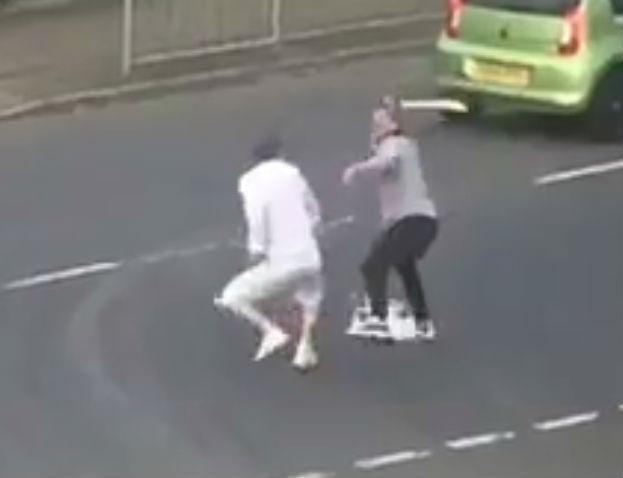 It shows two men in a confrontation in the middle of the road, right next to a stationary car.

One of them brandishes a large sword-like object at the other, who appears to try to use a bottle as a weapon, before the police turn up and they scarper.

Cops have confirmed that they attended but were unable to trace the culprits.

In the 36-second clip, the two men circle the green car which is stopped for a red light. 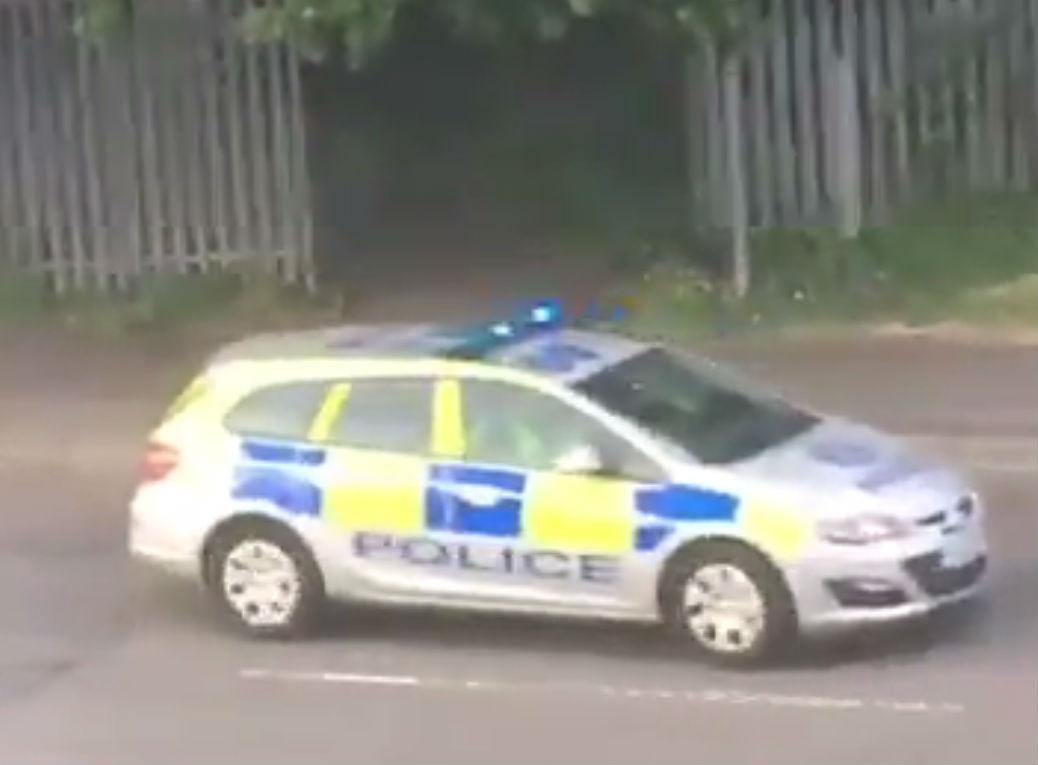 They both try to launch at each other with their weapons, but when the man in the grey jumper and black trousers gets near to the other he takes off.

He makes after the man dressed in white, running down the street waving the weapon about before appearing to give up.

A cop car with its blue lights flashing then appears on the scene, stopping in front of the pair.

The "swordsman" quickly escapes into a fenced off forest area, as the cop car starts reversing at speed.

A Police Scotland spokeswoman said: "At around 6.20pm on Friday, June 1, police received a report of a man in Lainshaw Drive, Castlemilk with an offensive weapon.

"Officers attended and conducted a search of the area resulting in a negative response.

"There were no reports of any injuries or attacks. We can confirm the helicopter was used as part of the search. Enquiries are continuing."