A shocking scene has come to light of a man being beaten bloody in the middle of a street in London on Wednesday.

The disturbing video shows a topless man repeatedly striking another man across the face, as he lies on the ground at Camberwell Church Street in the London Borough of Southwark.

The video has been viewed over 650,000 times since it was shared on Wednesday, although there have been no indications as to how the violence started – the Metropolitan Police have been approached for comment. 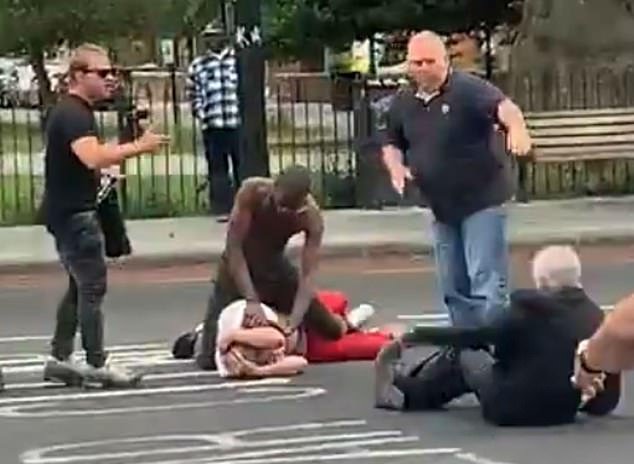 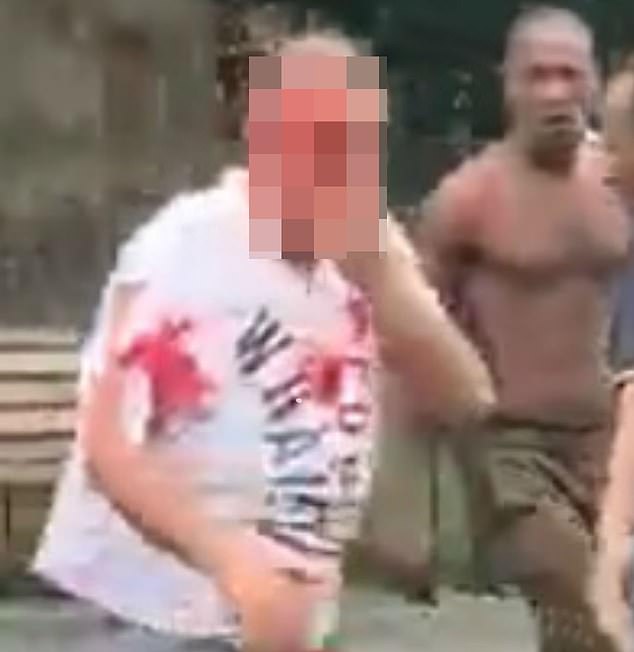 As the clip begins, the shirtless man can be seen pinning a man wearing a white shirt and red trousers down in the middle of the road, whilst another person wearing sunglasses pushes a man to the ground.

The topless man starts punching his pinned victim in the head while the man who was pushed to the ground stands up and starts stomping on the pinned man.

The man wearing sunglasses then dances in the middle of the road, and an ambulance car pulls up at the side of the road while the violence continues. 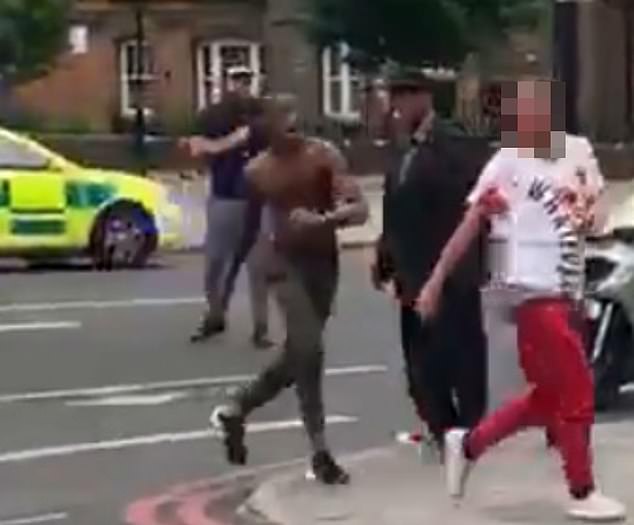 But before he can get away from the scene, the topless man runs up behind him and prepares to throw a punch

Bystanders are heard shouting ‘stop!’ as the assault continues – the pinned man eventually gets to his feet, with blood dripping down his face.

However, while walking away the shirtless man runs up behind him and punches him in the face again, sending him tumbling to the ground – he appears visibly dazed as bystanders can be heard gasping in shock. 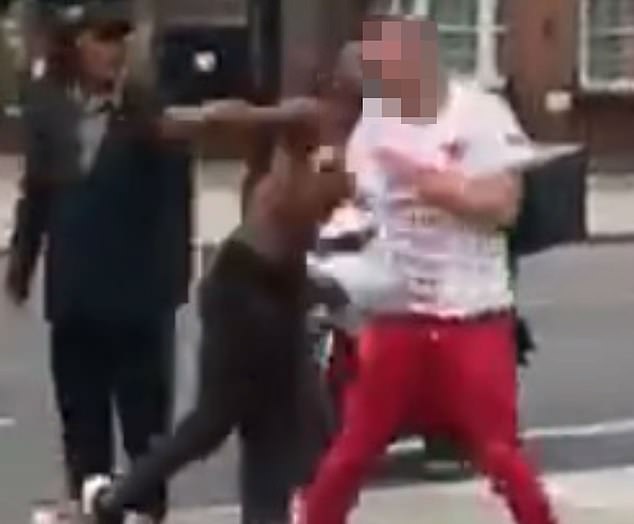 The victim is struck straight in the face and is bundled to the ground, while the topless man walks away from the scene

The man wearing the sunglasses greets the shirtless man now walking away from the scene, as another bystander shouts to the dazed victim ‘stay down!’

The footage was shared by Ronnie Chopra, who tweeted the video on Wednesday, and it was met with horror by social media users.

Matthew Rogers said on Twitter: ‘Let’s hope all this footage is caught up with and dealt with by @metpoliceuk. Disgusting behaviour by offenders and bystanders.’