WHEN Alex Lewis woke up in hospital after a motorcycle accident he didn’t know who the woman babbling ”hysterically” by his bedside was.

It was his mum. 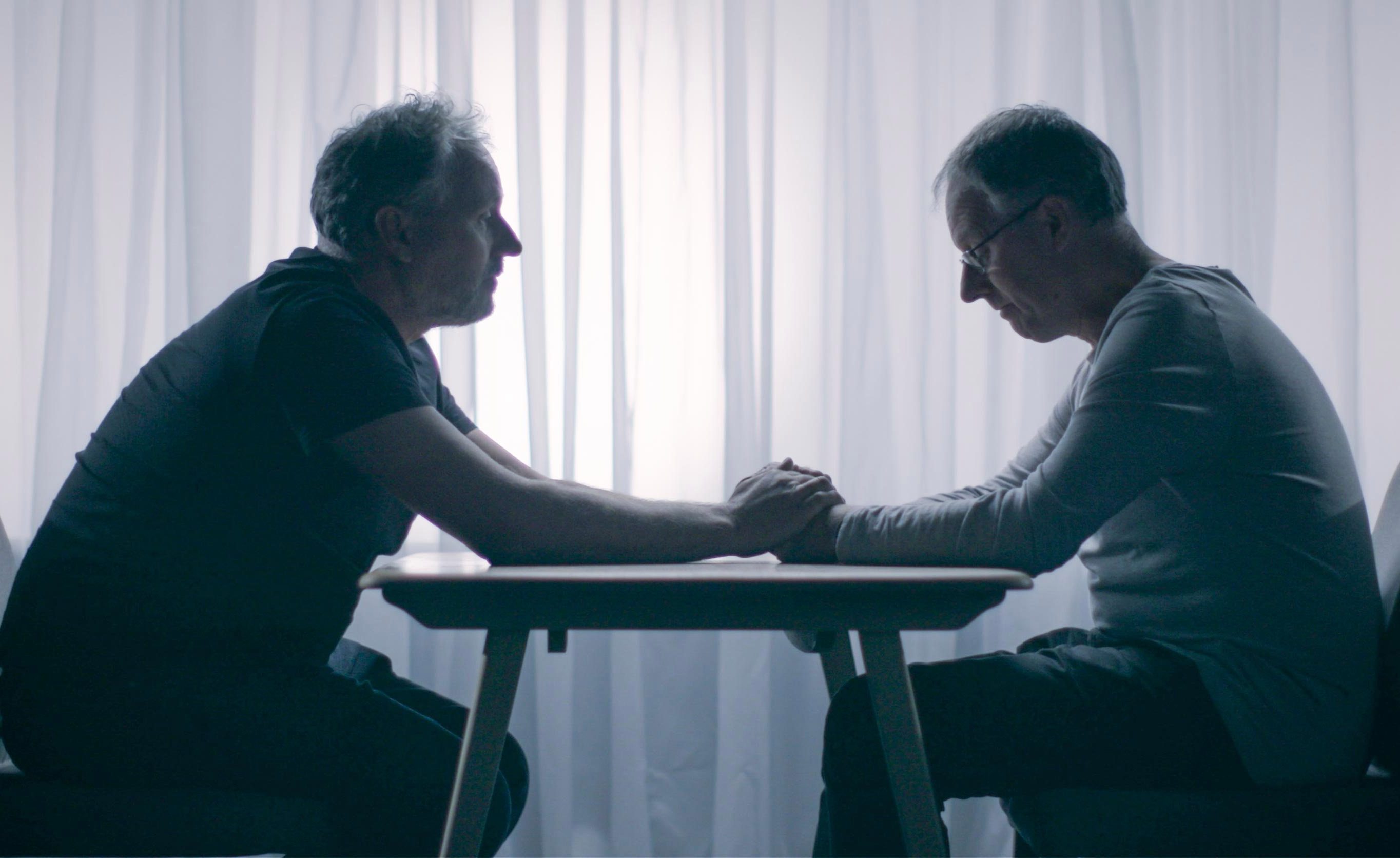 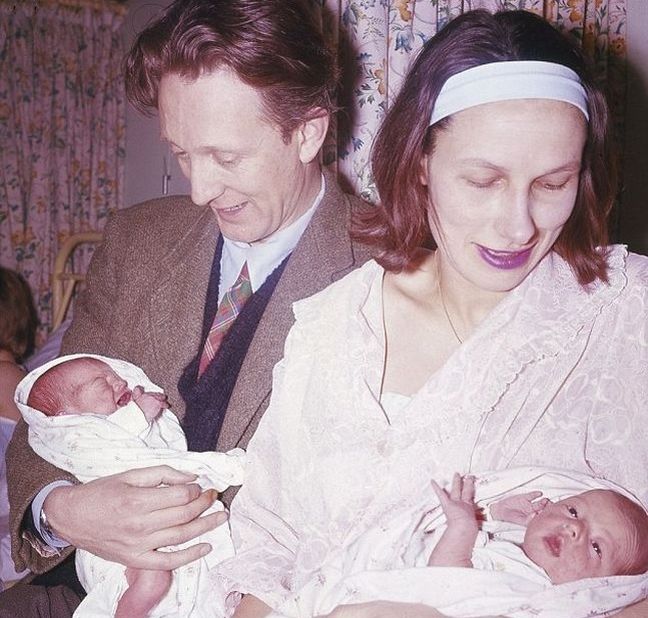 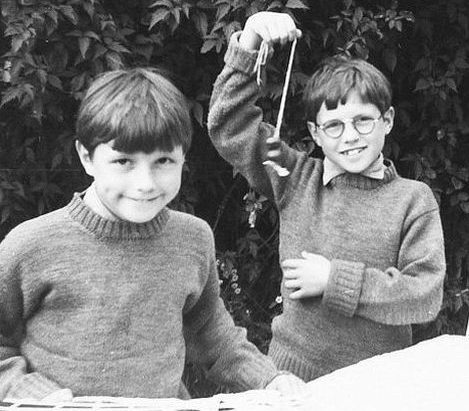 Aged just 18, Alex’s memory had been so wiped out by a traumatic head injury he didn’t even understand that the thing he was laying in was called a bed.

Instinctively,though, he did know one thing – that the young man sitting in the room was his twin brother Marcus.

Over the next few years, Alex relied on Marcus to fill in the gaping chasm that was his past.

Marcus weaved a history of a happy family taking sunny holidays together, where they played in the sand.

But that didn’t add up.

The reality was that their stepfather Jack Dudley had a hair trigger temper, they were forced to sleep in a unheated shed, food was in short supply despite living in a Sussex mansion and their mother Jill was unaffectionate.

Alex sensed his twin was hiding a dark secret.

Only once Jack and Jill passed away did he discover the horrible truth – their mum had sexually abused them.

Now Alex and Marcus’s story is being told in a powerful Netflix documentary called Tell Me Who I Am.

The 54-year-old brothers had totally different opinions about how to deal with their past.

Alex sought to know everything by combing archives and letters for over two decades, while Marcus decided never to share his most painful memories with anyone.

In the film, though, Marcus finally agrees to tell Alex the true extent of their mother’s depravity.

It is the most emotional moment you will see in any documentary in any year.

Relieved he has finally opened up, Marcus tells The Sun: “I think it does harm to everybody burying these memories in your subconscious. This is a such a tough subject, nobody wants to talk about it.

“I am not ashamed of what happened to me. But I was, before I made the movie.”

Born in 1931 their mum Jill was a distant relative of the former British prime minister Clement Attlee and had lots of aristocratic friends.

She married a salesman called John Lewis, who tragically died in a car crash while driving Marcus and Alex back from hospital in 1964 just three days after they had been born.

Suffering from a breakdown, Jill put the two boys into care for six months and then went off to party with her pals.

But an aunt persuaded her to take them back and soon after she married the tyrannical accountant Jack.

Jack and Jill had two more children, Oliver and Amanda, who he cared for more than the twins.

Alex remembers none of this.

'DID MUM SEXUALLY ABUSE US?'

He says: “No memory from before the crash has ever come back to me. I have never had a flash back. When I watch the film my past is just a story to me.”

The amnesiac’s “first memory” is being taught how to walk by nurses in the hospital as he recovered from his accident in July 1982.

Alex recalls: “I woke up with a very low mental age. It was ground zero for me. What is a toilet? What is a pair of shoes? How do you tie your shoe laces up?”

He didn’t know who any of his friends were or that he had a girlfriend.

Alex jokes in the movie that “I lost my virginity to the same woman twice”, once before the crash and the second time afterwards.

When their stepfather died from pancreatic cancer in 1990, they assumed the tough rules of the house would be relaxed by their mother.

But she still refused to give them a key to the home, leaving them to shiver in the cold outhouse. 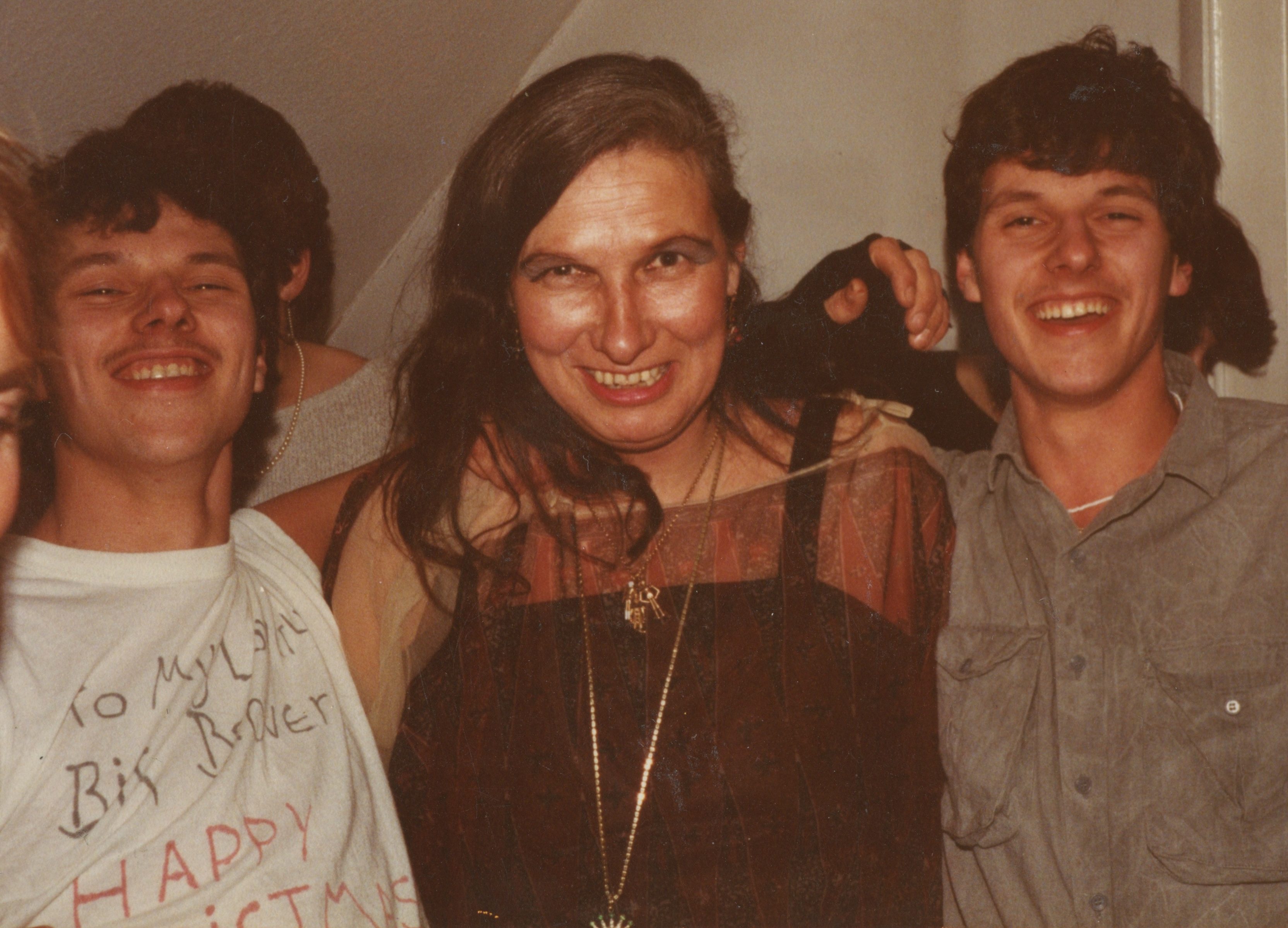 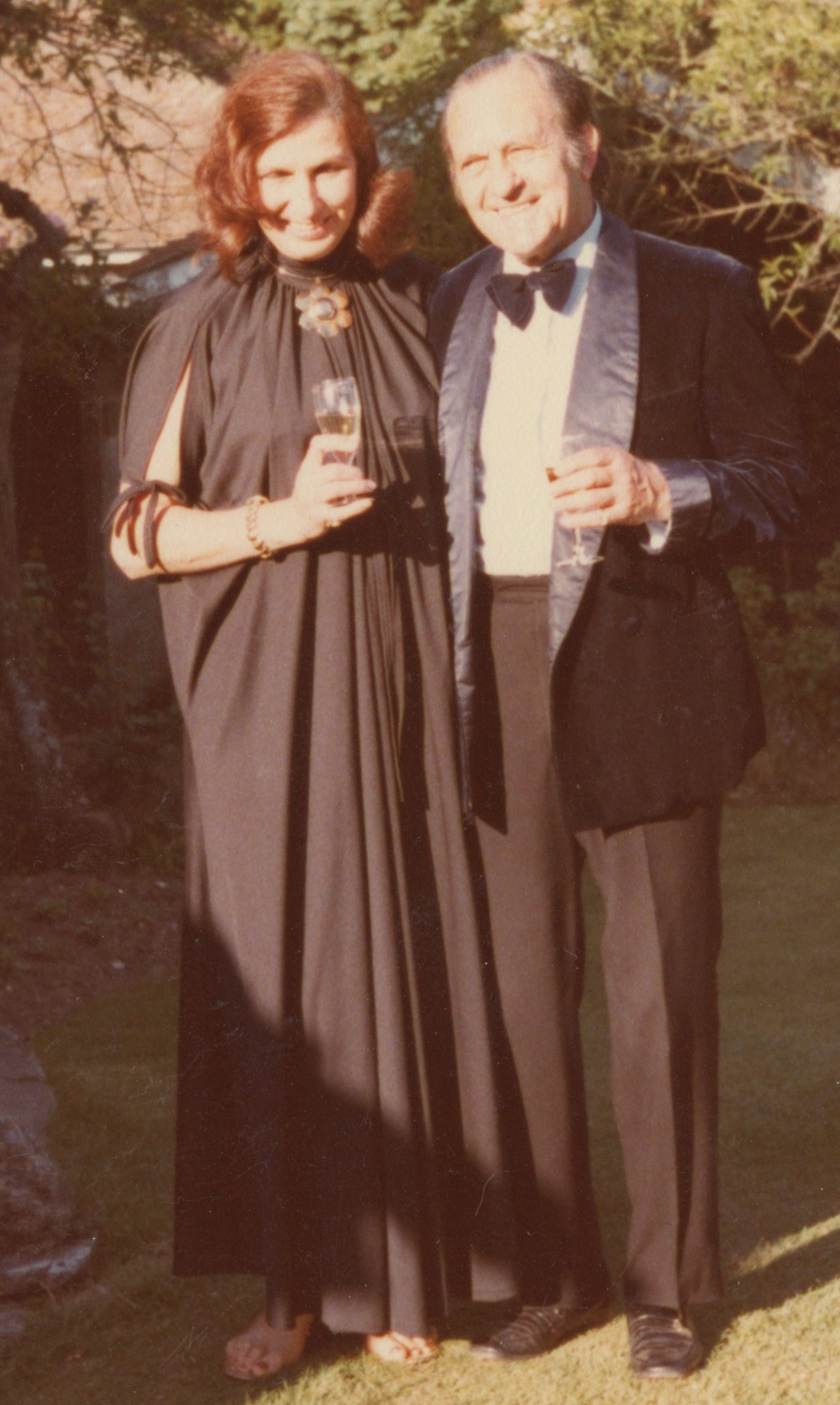 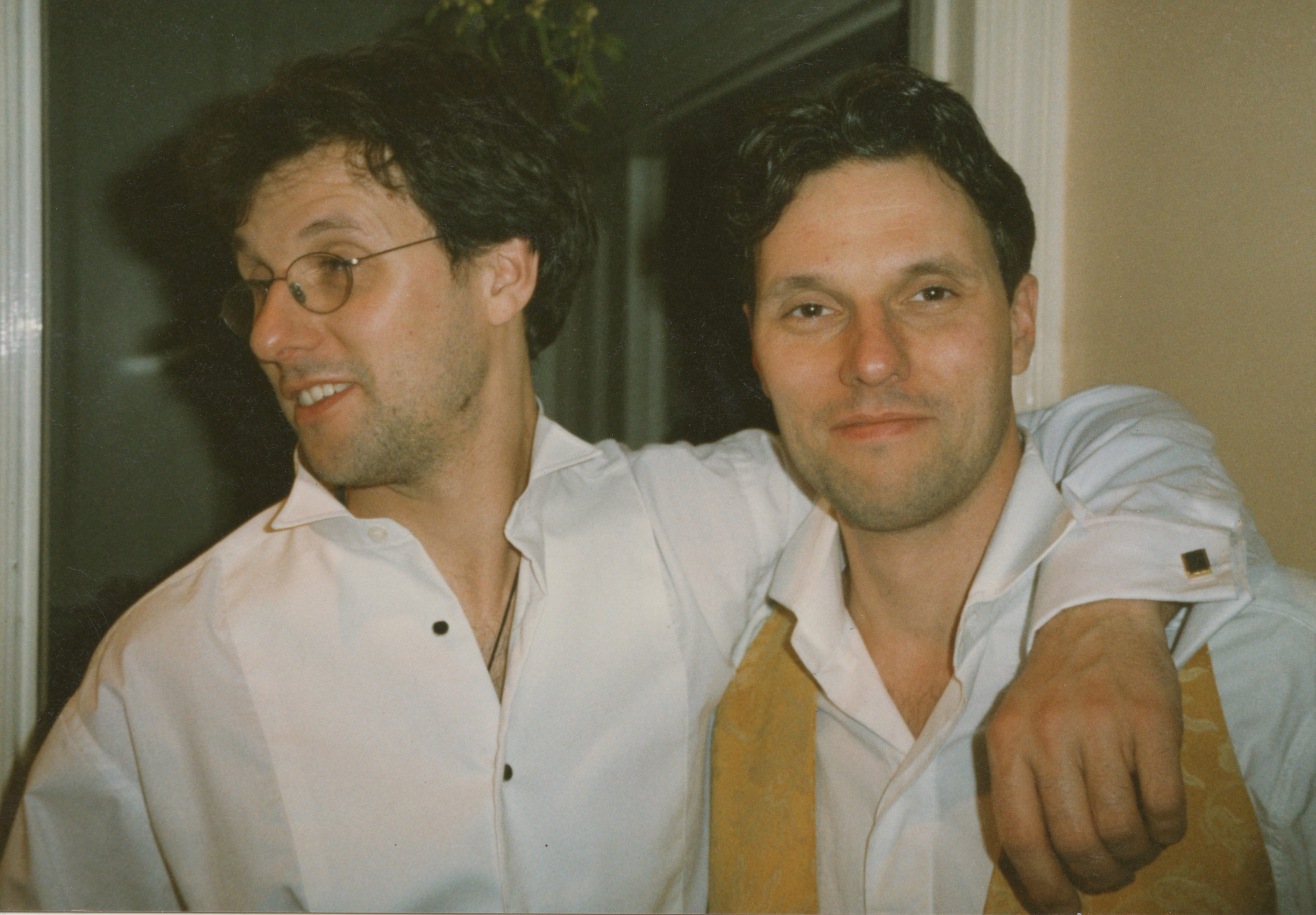 Sympathetically, Marcus explains: “She was still a mother, she still did her job, she just wasn’t very good at it.”

Alex adds: “We think she did love us. She just didn’t have the tools how to do it. I can’t fathom it.”

Only after Jill succumbed to a brain tumour in 1995 were they given the run of the huge country home, with its mysteries behind every closed door.

In the loft there were piles of dusty, unopened birthday and Christmas presents for the boys, which had been posted to them by relatives over the years but never handed out.

Alex realised there was something really unusual about his mum when he opened a wardrobe packed full of sex toys and kinky outfits.

The penny dropped on finding a locked draw behind another cupboard.

Inside the draw was a single photograph of Marcus and Alex aged ten – they were naked and the image of their heads had been ripped off.

Finally, he confronted Marcus, asking him outright ‘did mum sexually abuse us?’

Marcus nodded, but refused to tell him anymore.

To him, it had been a “gift” for Alex not to remember their traumatic childhood. Marcus felt he was saving his brother from that pain.

Alex didn’t see it that way. He poured over the letters and sought out relatives.

He says: “Over the past 20 years I have been trying to work out what was the truth and what was a lie.”

Even when they wrote a book together about their remarkable story, Marcus still wouldn’t tell Alex exactly what their mum had done.

In Tell Me Who I Am, he can’t say it face to face, choosing instead to record the truth on film so Alex can watch it later.

Bravely, Marcus reveals that not only did their mum abuse them, she also handed the boys round to paedophiles she met at parties or at her London market stall.

The boys would be split up and sent alone to the men, who could do with them what they wanted, and then she’d pick up the terrified boys the next day.

Only after Marcus fought back against one of the abusers at the age of 14 did it stop.

The twins have searched for explanations for her stone cold hearted behaviour, but have found no answers in her past.

Alex says: “I think she regarded us as objects, she had amazing objects in her house. It was virtually a museum. It was a hoarders house. We were added on to that.”

Marcus, on the other hand, wonders if the breakdown she suffered after losing her first husband might have triggered it.

They are pretty certain that their stepfather didn’t know what was going on and would have stopped it if he had.

Despite their grim upbringing, the brothers grew up into successful, happy men.

With the fortune that their mother had kept in her bank account they were able to go into business together, investing in property and opening a chic hotel in Zanzibar, Tanzania .

They are both married and have two children each.

While Marcus wishes he’d taken his mother to the police so she could have faced the force of the law, he doesn’t remember any details of the men who abused him.

Watching the Netflix documentary was tough for the twins.

Alex says: “When we first watched it, we had to stop the film two or three times. Only on the fourth viewing could I watch it all the way through.”

But the reaction from audiences has told them they were right to go on record.

Alex says: “We did our first showing at Telluride film festival in Colorado to 500 Americans.

“Afterwards 150 people stood in a line and hugged us and thanked us.

“Within the first ten minutes a big American guy came up to us to say he was abused in his family. He said ‘if you guys can do it, I can do it and I’m going to go home and tell someone.’

“We had another 20 people tell us similar stories. This was bigger than we could ever have imagined.”

Tell Me Who I Am is available on Netflix now. 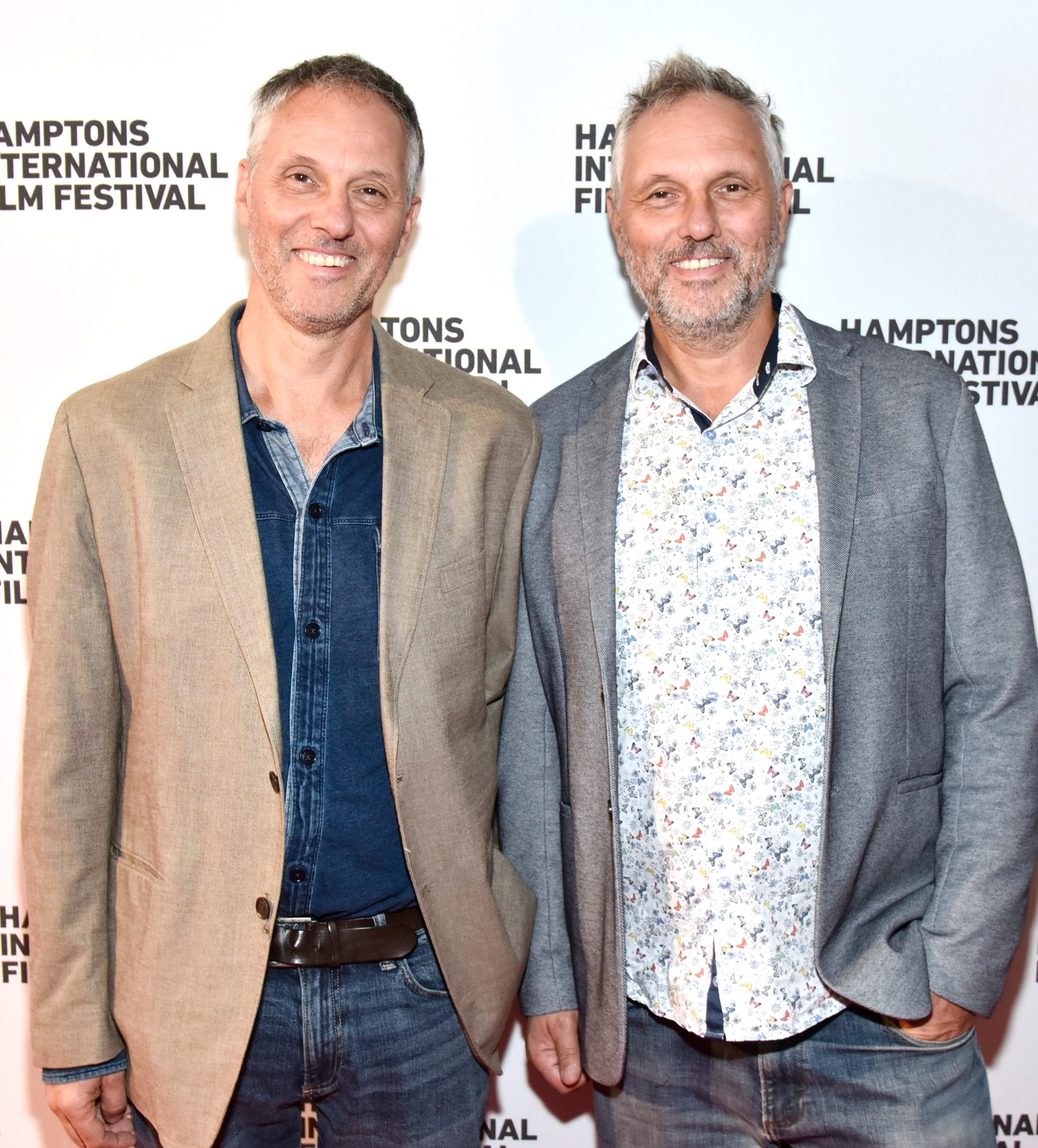 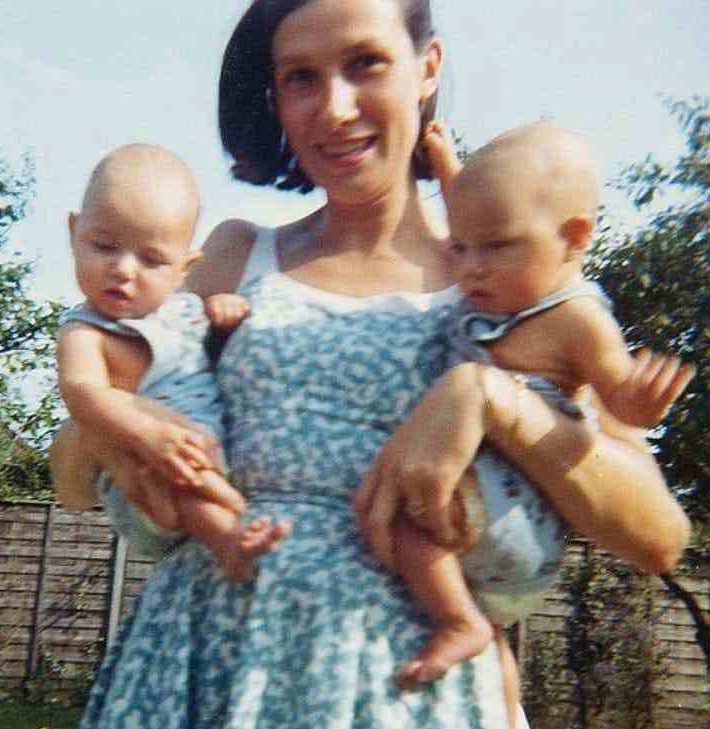 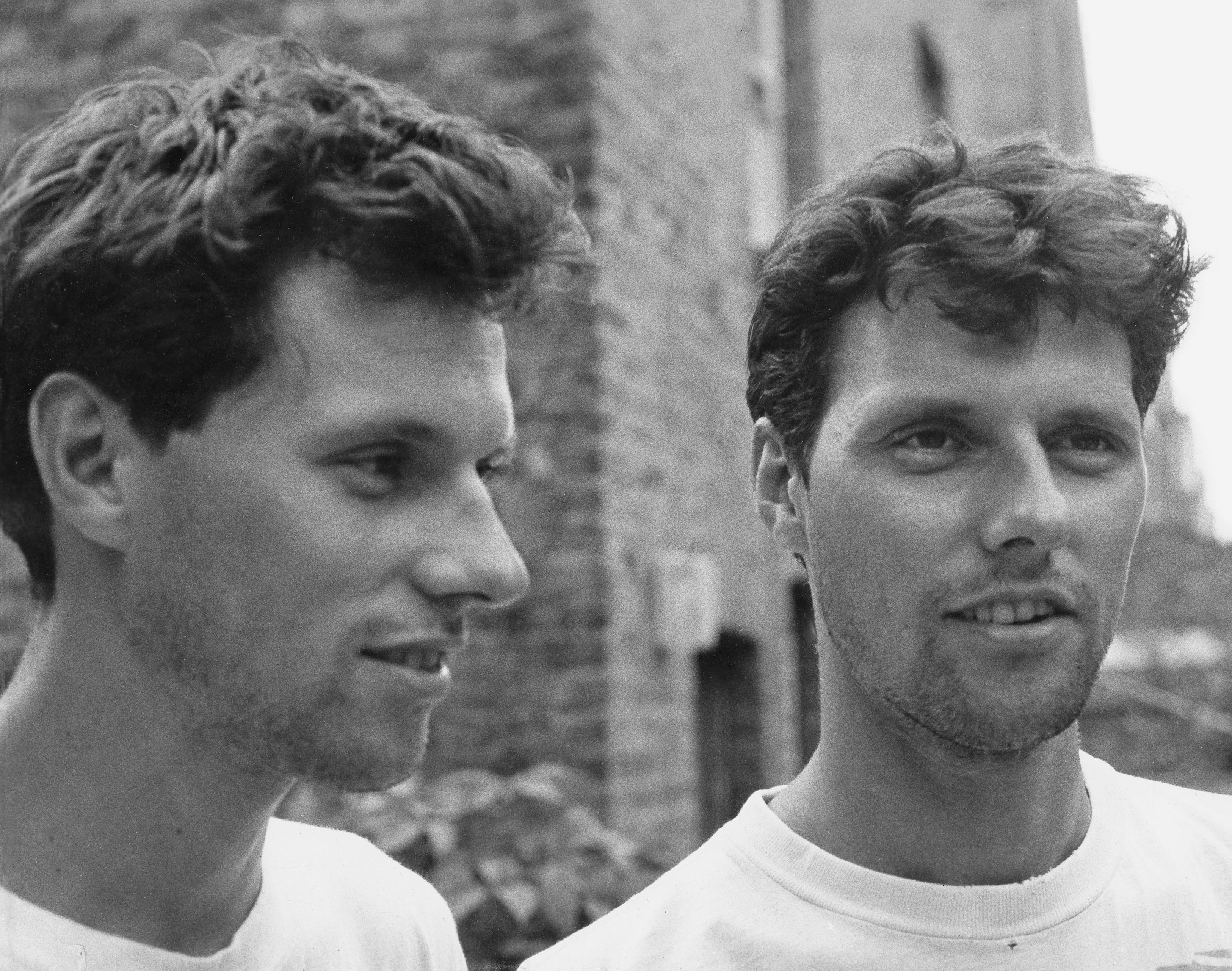