The image, taken in the centre of Bridgend, shows the men close to where a child is playing. 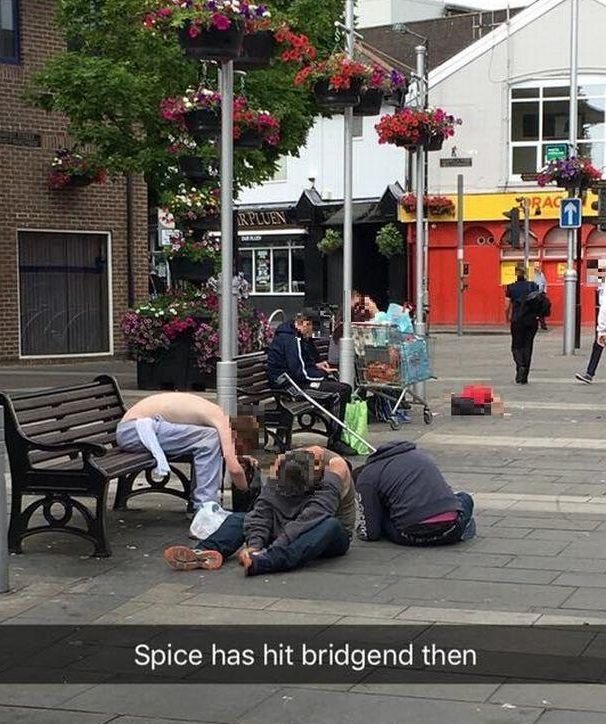 Two of the men are splayed out on the ground, while the other is slumped on a bench outside a Jobcentre Plus.

A Bridgend resident, who didn’t want to be named, said: "It's terrible what I saw. There were kids in the background and walking past."

Another picture has since emerged of a man collapsed on a bench in the town.

It’s thought the pictures were both taken on Tuesday afternoon.

Spice was formerly a legal high but was outlawed last year, meaning it is now an offence to have it for personal use, supply it or have it with intent to supply.

It’s designed to mimic the effects of cannabis, but can have severe debilitating effects.

An epidemic of Spice swept through Britain’s homeless population and prisons last year – and has now hit many smaller towns.

It was given the “zombie” label after users were seen twitching or in a catatonic state.

Experts claim Spice is sold to the homeless, addicts and those with mental health issues because they are less likely to be scared of the dangerous side-effects.

It comes in up to 100 chemical variations, making the effects of each batch completely unpredictable.

Deaths from the drug, which is considered as addictive as heroin or cocaine, more than trebled from eight to 27 in a year. 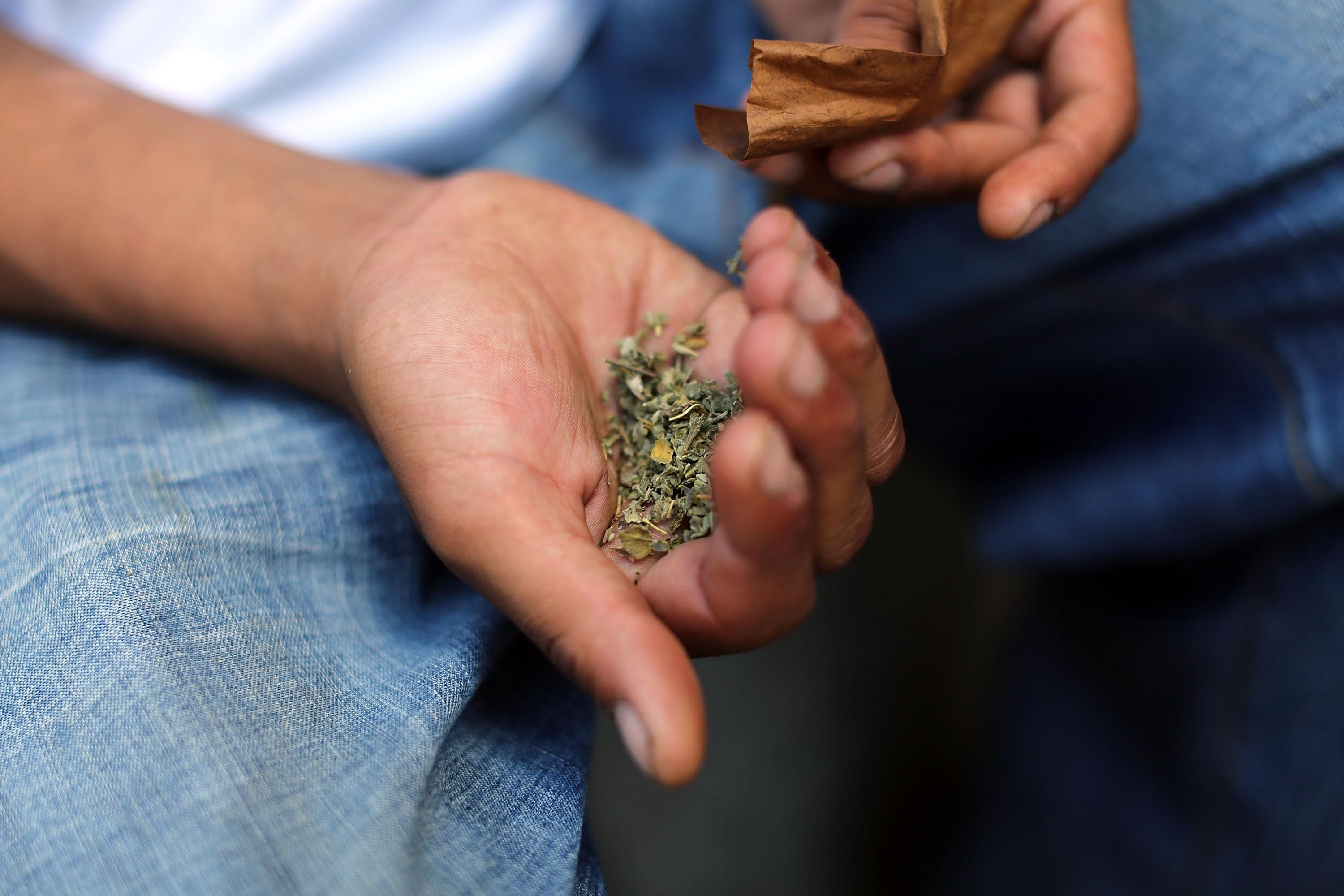 Last month Logan Johns-Evans, from Bridgend, was found unable to walk or speak and "like a zombie" by his mum after a cigarette he’d been smoking was laced with Spice without him knowing.

His mum Jade Johns, 31, took him to the Princess of Wales Hospital in Bridgend, where he was sedated and put in a high dependency unit for 33 hours.

She said: "He was like a zombie. A monster had taken over his body and he had so much strength it was unreal.

"In hospital he became angry and he had so much strength but the doctors said he didn't know what was going on. It wasn't an 11-year-old child inside that body.

"My daughter told me he had been smoking and someone came forward to say someone had put Spice in his rolly as a joke.”

A spokesman for South Wales Police said: "We are aware of a photo circulating on social media which appears to show a small number of men in Bridgend Town Centre experiencing the devastating effects that alcohol or drugs can have upon individuals."

Detective Inspector Dean Taylor said: “Tackling the illegal drug supply on our streets is a priority for us as this kind of criminal activity has a hugely detrimental impact on our communities.

“We recently held Operation Pacific in the town centre which targeted county lines and the supply of drugs. This led to a number of arrests.

“The number of incidents of spice use reported to us remains very low. I would encourage anyone with concerns relating to drug supply including spice to contact us.

“I would ask that that the community continue to work with us and make a stand against the drug dealers who impose this misery upon others."