United played Bayern Munich in a legends match 20 years after beating them 2-1 in the Champions League final to win the treble.

Top players from the time, Paul Scholes, Nicky Butt and Jaap Stam, were among the players in the reunion game at Old Trafford.

Beckham, now 44, played 265 league games for Manchester United before his transfer to Real Madrid in 2003.

And he showed he still had a touch of class today despite his retirement, sprayed balls left and right with his famous right boot. 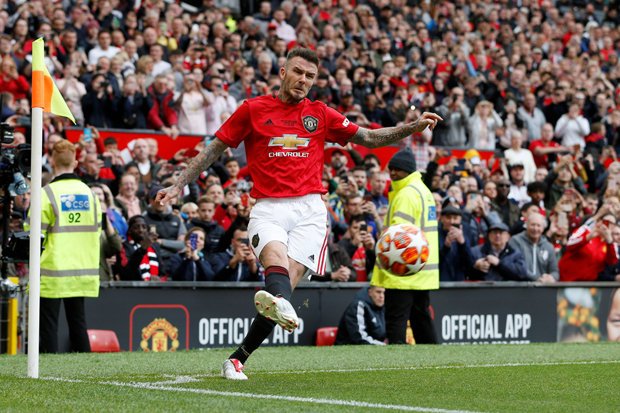 Beckham got behind the Bayern backline and showed quick feet before firing home in front of the Stretford End.

Sir Alex Ferguson on the United bench applauded after Beckham scored with the last kick of the match.

The star was being cheered on by wife Victoria Beckham in the stands.

Fans took to Twitter to call for United, who suffered a disappointing season to finish in sixth place in the Premier League, to re-sign the winger.

One said: “The worrying thing is that David Beckham and Gary Neville genuinely look better than any of United’s current right wing options.”

While another added: “David Beckham can still cross a ball better than most current Man Utd players.”

One more wrote: “David Beckham would still walk into this Manchester United side. I’m not even joking. 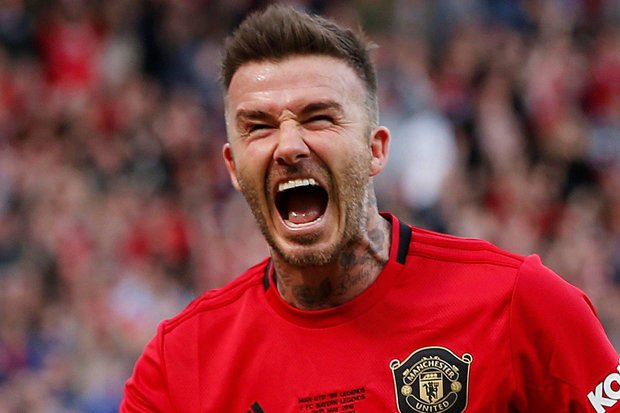 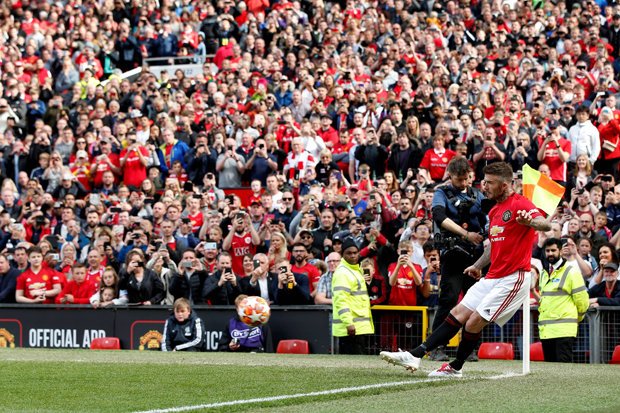 “He could play RB or RW and be a huge improvement on what we’ve got there now.”

A fan went the whole hog and simply asked: “Can we sign him?”

Back in 1999, Ole Gunnar Solskjaer played the super sub role to score the winner in the Champions League final in Barcelona.

And he played the role again in the Treble Reunion clash with Bayern Munich – coming on as substitute.

It’s 20 years to the day since sealing Champions League glory in such spectacular fashion at the Nou Camp.

Solskjaer again started on the bench but wasted little time after coming on for Andy Cole, turning home the opener after Dwight Yorke was superbly stopped inside four minutes.

There was a real feelgood factor in the air, with Beckham firing cross-field balls, Stam showing no mercy at the back and Scholes bossing the midfield. 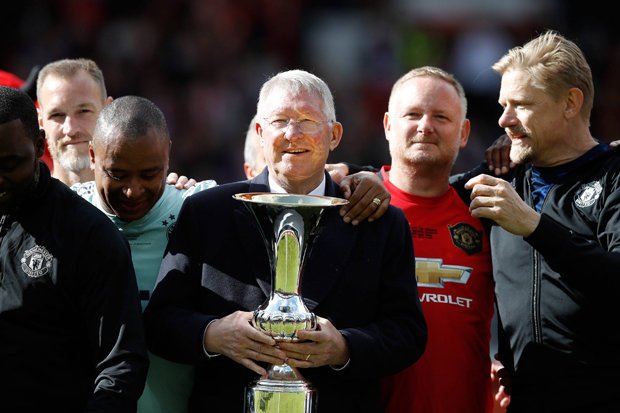 Solskjaer went off midway through the first half and skipper Peter Schmeichel followed suit shortly after Dwight Yorke scored a superb second for United Legends.

Nicky Butt and Louis Saha were on target in the second half before Beckham finished proceedings.

United tweeted a full-time update with a picture of Beckham celebrating his goal with his arm around Butt’s shoulders.

The caption read: “Beckham’s late strike caps off a fantastic day at the Theatre of Dreams.”