Three women in their mid-30s ‘radicalised online’ and are being held under a law that allow detention without trial. 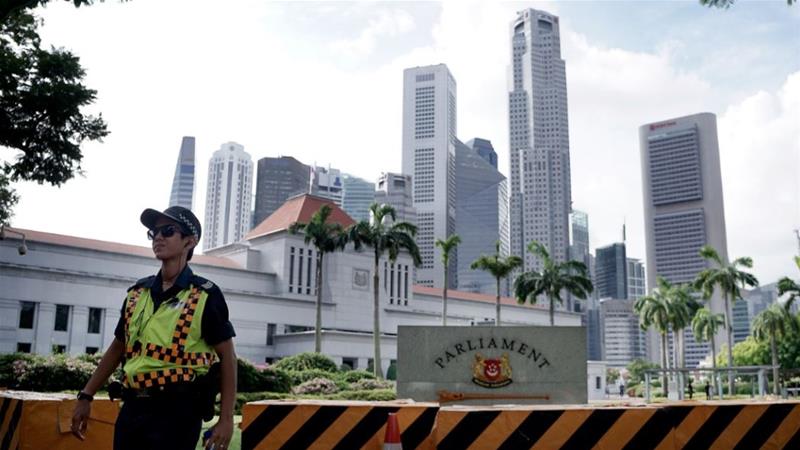 Singapore has arrested three Indonesian women working as domestic helpers in the city on suspicion they donated funds to support the Islamic State of Iraq and the Levant (ISIL or ISIS) group, authorities said.

The government said on Tuesday the arrest of the three women highlighted the continued appeal of ISIL’s “violent ideology”.

The three women, who had worked in Singapore for between six and 13 years, started supporting the group after viewing online material last year, including videos of bomb attacks and beheadings, the Ministry of Interior said.

Anindia Afiyantari, 33, Retno Hernayani, 36, and 31-year-old Turmini got to know each other around the time they were “radicalised”, and developed a network of foreign contacts online who shared their sympathies for ISIL, the ministry added.

“The three of them actively galvanised support online for ISIS,” the ministry said in a statement late on Monday.

“They also donated funds to overseas-based entities for terrorism-related purposes, such as to support the activities of ISIS and JAD. Turmini believed that her donations would earn her a place in paradise,” the statement added, referring to JAD, the Indonesian armed group Jamaah Ansharut Daulah, which has pledged allegiance to ISIL.

Officials did not say how much the women contributed.

The women are being held under the city-state’s Internal Security Act, which allows for detention without trial for up to two years.

ISIL lost the last scrap of its self-declared “caliphate” this year but remains influential. There are fears that foreign fighters returning from the Middle East could rejuvenate “terror” networks elsewhere, including in Southeast Asia.

Singapore has arrested a number of foreign women on suspicion of links to ISIL in the country.

Before the latest cases, authorities had detected 16 “radicalised” foreign domestic workers since 2015, though none were found to have plans to carry out violent acts in Singapore.

They were deported after investigations.

About 250,000 women from other parts of Asia are employed in the wealthy city-state as domestic workers.