A single mother has accused council officials of destroying her baby daughter’s £575 pram after they allegedly deemed it a fire risk.

Georgia Mosley, from Chaddesden, Derbyshire, said she was stuck at home with her two children – Preston, two, and Maisey, six months – after the buggy was removed from a communal area in her block of flats.

The 21-year-old, who lives in an upstairs apartment, said she noticed the Silver Cross Wayfarer pram missing when she was taking her son to nursery.

Derby City Council are investigating but said they operated a ‘clear communal area’ policy, after the buggy disappeared from an electrical meter room on the ground floor. 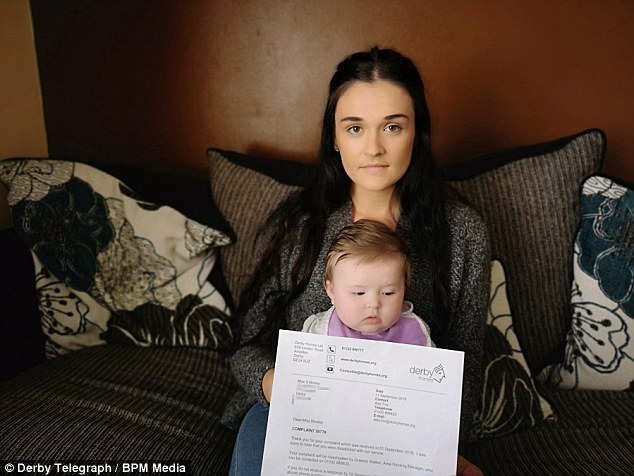 Georgia Mosley (pictured), from Chaddesden, Derbyshire, said she was stuck at home with her two children after the buggy was removed from a communal area in her block of flats

Miss Mosley said: ‘When I found out it was gone, I just cried. I have no other way to take my Maisey out.

‘I went downstairs to look at the CCTV at the shop and I saw someone from the council take it away. I was just in tears. I can’t do anything without that pram.

‘I can’t take the pram up and down the stairs with my kids. I’ve been trying to get some sort of storage for ages now.

‘I know a lot of people will say “just get another one” but I can’t afford it and it took me such a long time to save up for it’.

Miss Mosley, who currently lives off £110 a fortnight, said she had saved up for months to buy the pram.

She was storing her pram in the downstairs room as she is unable to take the pram and her children upstairs to her apartment. 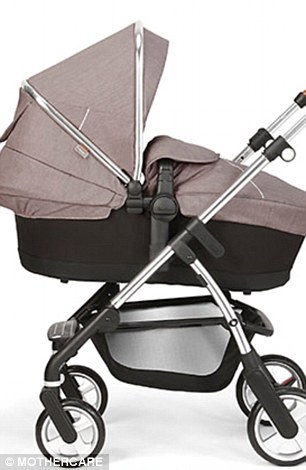 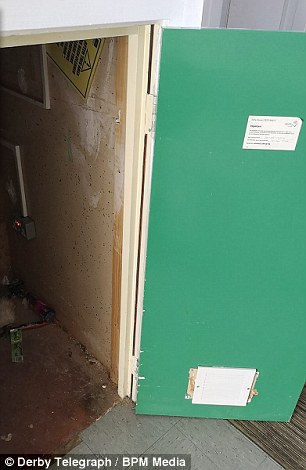 The 21-year-old, who lives in an upstairs apartment, said she noticed the Silver Cross Wayfarer pram (file photo left) missing from an electrical meter room (right) when she was heading out

Georgia got in touch with Derby City Council on Monday and claims she was told that her pram was taken away as it posed a ‘fire risk’.

The full-time mother claims she was told that her pram has since been destroyed.

She said she has had to keep both of her children at home instead of taking them to nursery for the entire week because of her situation.

Miss Mosley has since lodged a complaint with the city council but says she has ‘no idea’ whether or not she is going to get a replacement.

She said she has been fighting to move into a larger house foralmost a year due to the lack of storage space and size of her apartment.

She has even written to Labour MP Chris Williamson to try to sort out the issue.

A Derby City Council spokesperson said: ‘We have received this issue as a complaint, and are investigating in line with our complaints policy.

‘In the interest of health and safety, Derby Homes operates a clear communal area policy, to reduce the risk of people being hindered when evacuating in an emergency.’