Labour leader Sir Keir Starmer has said the Prime Minister has not ‘earned the right’ of a knighthood once he leaves office.

More than half a million people have signed a petition calling for Sir Tony’s appointment by the Queen to the Order of the Garter to be rescinded over his domestic record and the Iraq War.

But Sir Keir insisted the honour – the oldest and most senior British Order of Chivalry – is not a ‘thorny’ issue and that Sir Tony was a ‘very successful prime minister’.

After giving a speech in Birmingham about Labour’s priorities for 2022, Sir Keir was asked about the former prime minister’s knighthood, and whether Mr Johnson should be honoured in future.

He said: ‘No, I am sorry, I don’t think that this Prime Minister has earned the right to have an honour. I do think Tony Blair has.’ 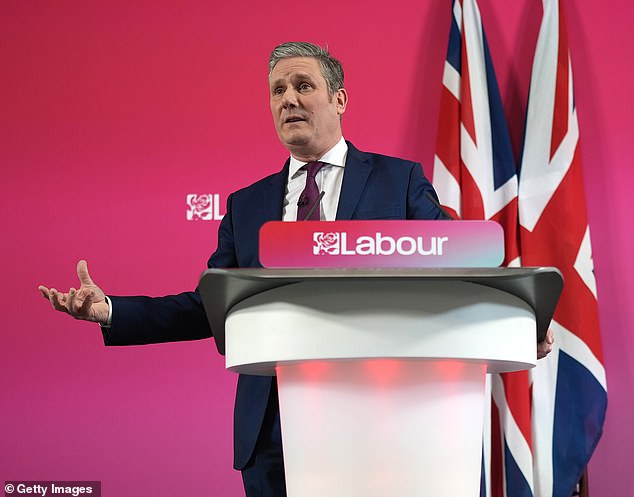 He said there was ‘a world of difference’ between Sir Tony and Mr Johnson, adding that ‘Tony Blair changed the lives of millions of people for the better.’

He said: ‘[Sir Tony] introduced a minimum wage, he set up Sure Start for young families that changed lives, put money into hospitals and into schools and of course was a key player in the peace agreement in Northern Ireland.’

He added: ‘So, I think there’s a world of difference between the two (men), in my book.’

In his speech, Sir Keir also paid tribute to the past Labour governments of Attlee, Wilson and Blair, adding they ‘made Britain a better country’.

He said: ‘We must be the people who write the fourth chapter. The people who create a new Britain in the 21st century.’

Sir Tony’s knighthood could clear the way for his successors in No 10 to be given similar honours, following reports that the delay in granting the accolade was blocking the others.

A Change.Org online petition calling for Sir Tony to be stripped of the honour had been signed by more than 544,000 people by Tuesday morning.

But Sir Keir told ITV’s Good Morning Britain: ‘I don’t think it’s thorny at all; I think he deserves the honour. Obviously I respect the fact that people have different views. 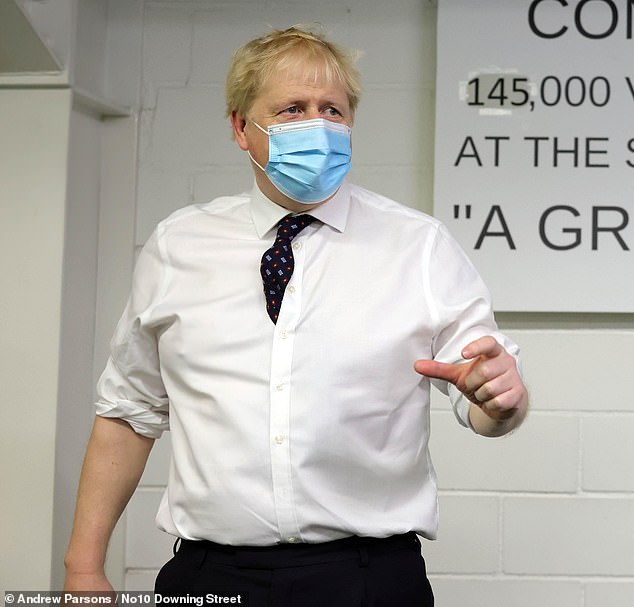 Sir Keir said there was ‘a world of difference’ between Sir Tony and Boris Johnson (pictured), adding that ‘Tony Blair changed the lives of millions of people for the better’

‘I understand there are strong views on the Iraq War. There were back at the time and there still are, but that does not detract from the fact that Tony Blair was a very successful prime minister of this country and made a huge difference to the lives of millions of people in this country.’

Meanwhile, vaccines minister Maggie Throup told LBC: ‘I think he did lots of good things. And I think it’s only right that we do honour our previous prime ministers. And he was prime minister for such a long time.’

In a hint that Gordon Brown, David Cameron and Theresa May could be in line for honours, she said: ‘I think obviously it now opens the doors for others to be recognised in the same way.’

Commons Speaker Sir Lindsay Hoyle has suggested that all former prime ministers should be offered a knighthood because ‘it is one of the toughest jobs in the world’.