Six people, including two children, are being treated after being exposed to an unknown chemical substance during an attempted robbery at a Co-op store in Birmingham.

Police cars, fire engines and ambulances were all pictured outside the supermarket, in the Northfield area of the city just before 2.30pm.

Paramedics said the victims – two adults and four children – are in a ‘stable’ condition.

The supermarket was immediately closed after the incident, which police later confirmed was an attempted robbery. 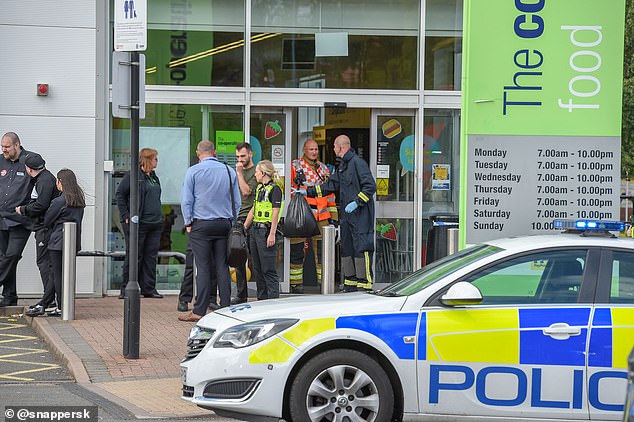 The supermarket, in the Northfield area of Birmingham, was immediately closed after reports of a chemical substance being thrown 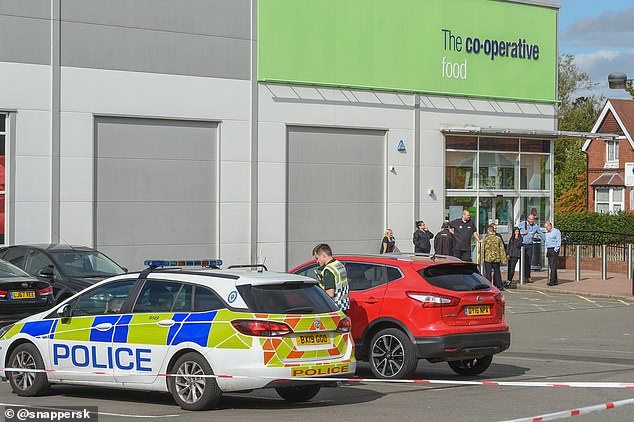 Two people were attempting to steal items from the store when they were confronted by staff.

They then threw the substance at the staff members, who were not seriously injured, according to police.

‘They’ve all been exposed to an unknown substance. All are said to be in a stable condition.

‘The Hazardous Area Response Team, two paramedics and ambulance are on the scene.

‘Patients have not yet been conveyed to hospital.’

Two police vehicles, two fire crews and six ambulances could be seen outside the store, as well as specialist chemicals teams. 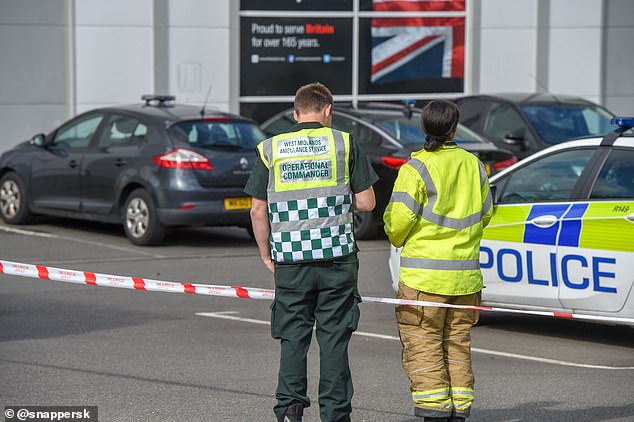 Six people, including two children, were treated by paramedics in the aftermath of the incident 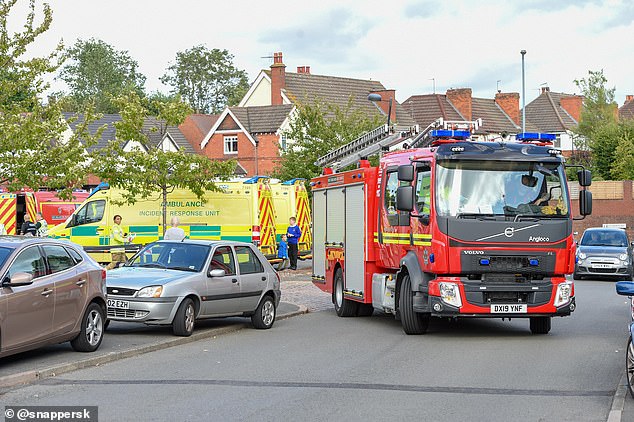 Police cars, fire engines and ambulances were all pictured outside the supermarket after 2.30pm today

One woman said: ‘It all happened around 2.30pm. The shop was robbed and a chemical substance was thrown.

‘Someone is in the ambulance after they breathed in the substance and were coughing.’

West Midlands Police confirmed in a statement that a mystery substance was sprayed during an attempted robbery.

A spokesman said: ‘Police are investigating an attack in which a substance was thrown at two people during an attempted robbery at the Co-op on West Heath Road, Birmingham at around 2:30pm this afternoon (Wednesday 4 September).

‘The staff workers were sprayed with a substance which is believed to be non-corrosive, after they challenged two people who were attempting to steal items from the store.

‘They were treated by paramedics at the scene but fortunately are not seriously injured.’