The skeletal remains of “at least six people” – including one victim whose skull was crushed in the deadly eruption of Mount Vesuvius – were found scattered in a small room, say researchers. 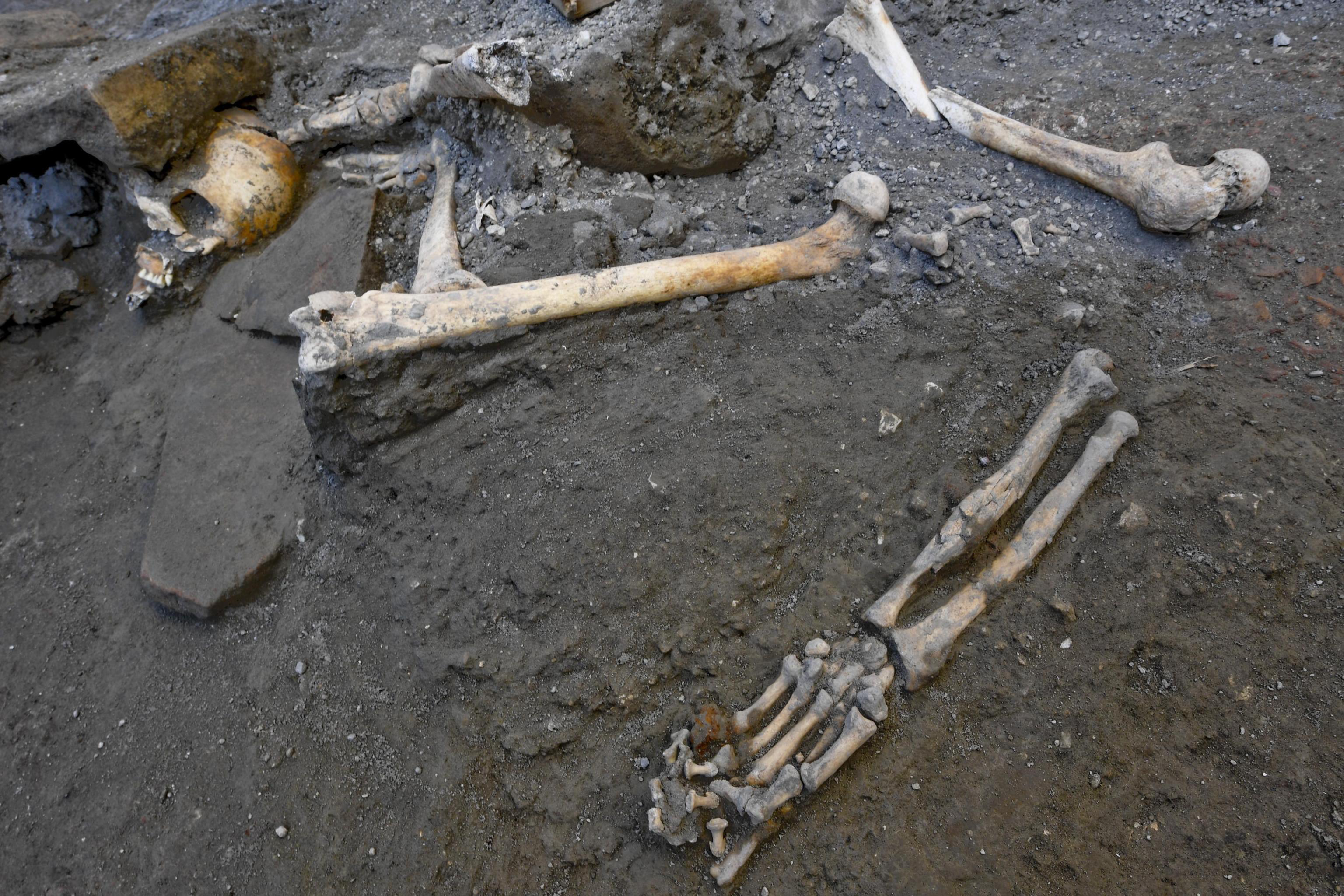 Massimo Osanna, director general of the Archaeological Park of Pompeii, hailed the find as “shocking but also very important for history”.

The bones are believed to include those of two women and three children.

They were discovered inside one of “two prestigious homes with precious decorations” that recently came to light, site officials explained.

Inside a room of the recently excavated “Garden House”, the remains of at least six people were found “piled up and scattered in several points. 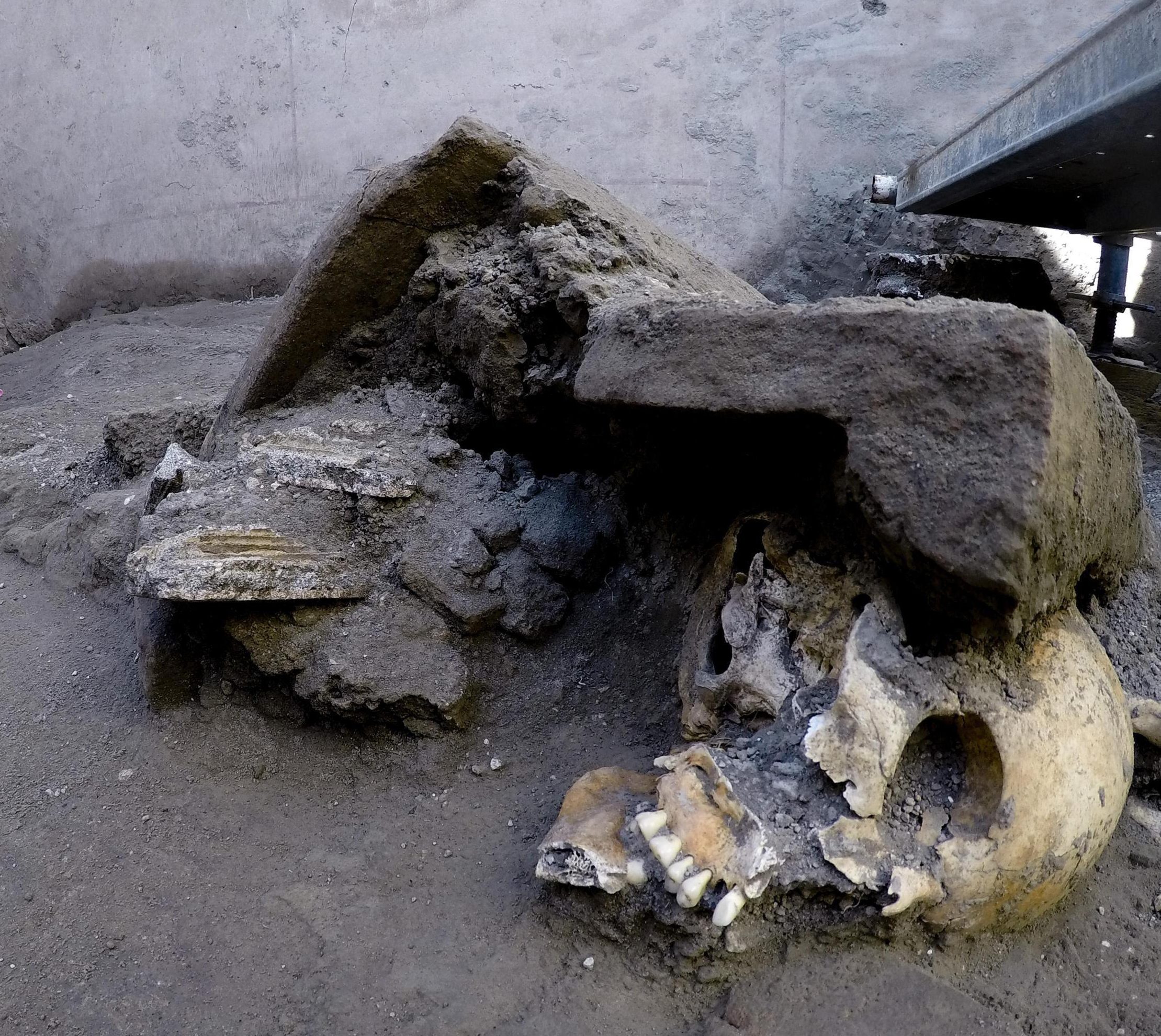 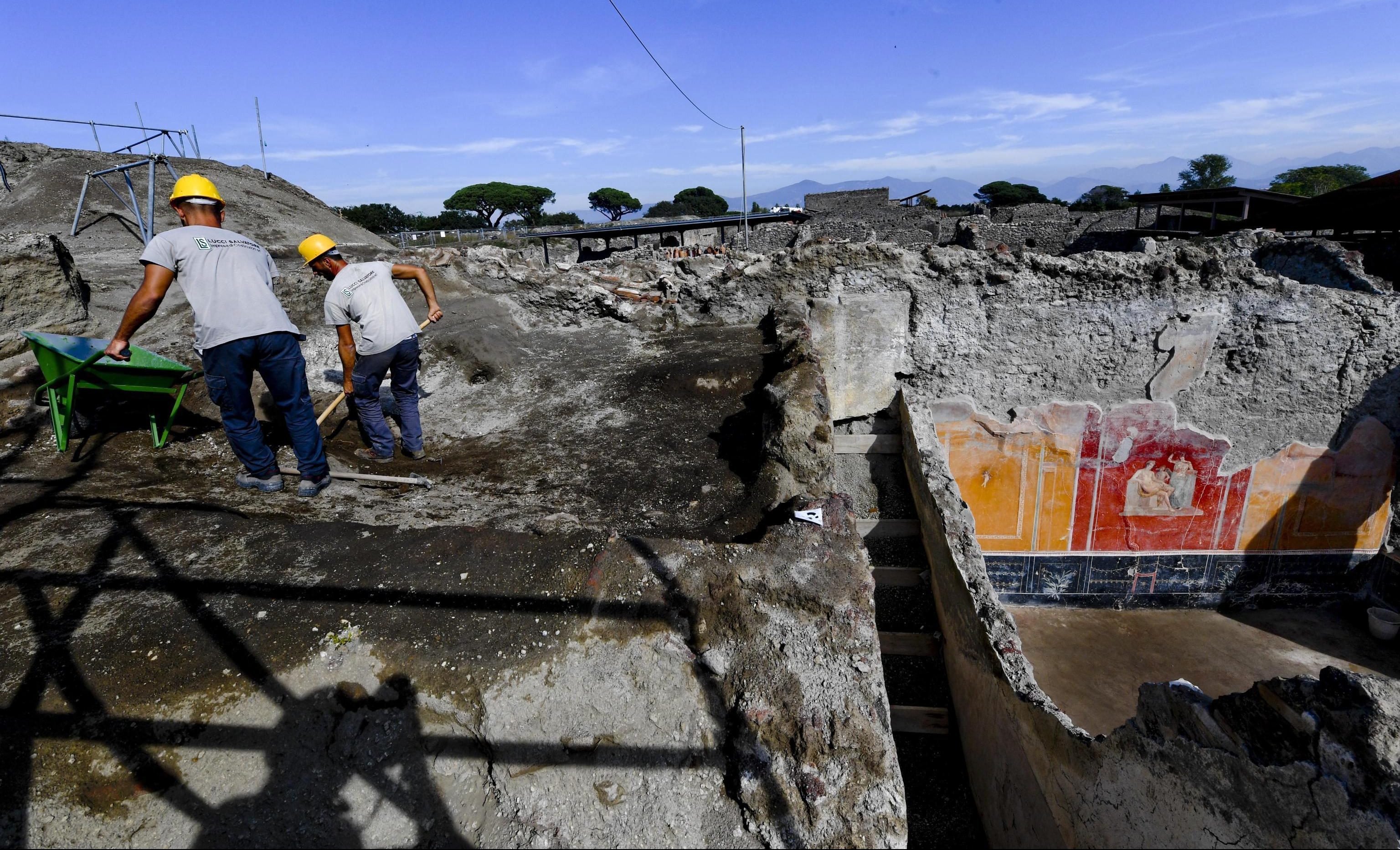 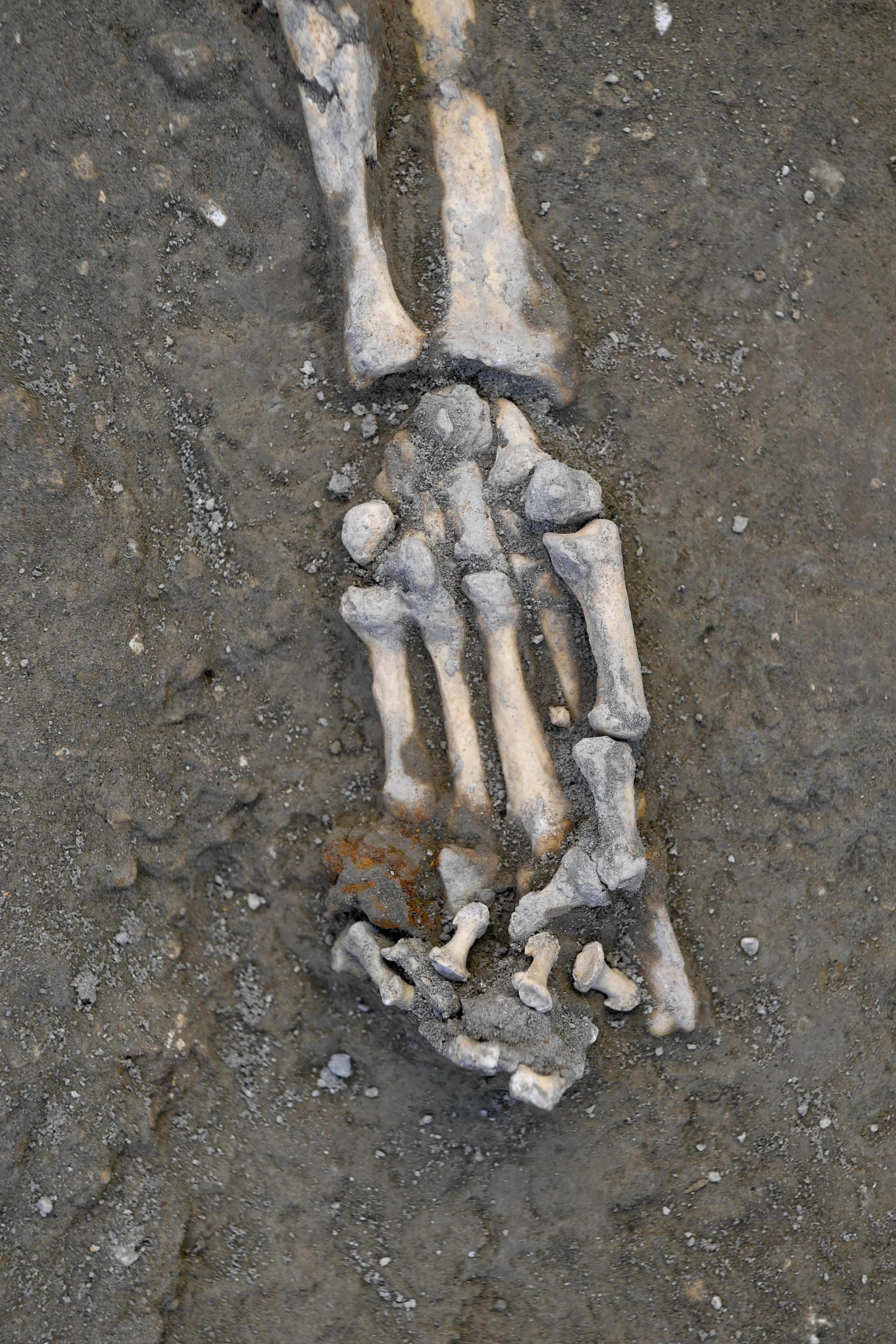 “The skull of one of the victims, crushed by the roof tiles, lies next to the lower and upper limbs of another individual,” Pompeii officials added.

They said the skeletons had been “turned upside down and dragged without regard by tombaroli [tomb-raiders] in search of precious objects”.

About 2,000 years ago, Mount Vesuvius roared into life after being inactive for nearly a century, and buried several Roman cities including Pompeii, killing thousands.

The six found dead in a small room were not just victims of the eruption, but they “also had to suffer the desecration of looters," experts explained. 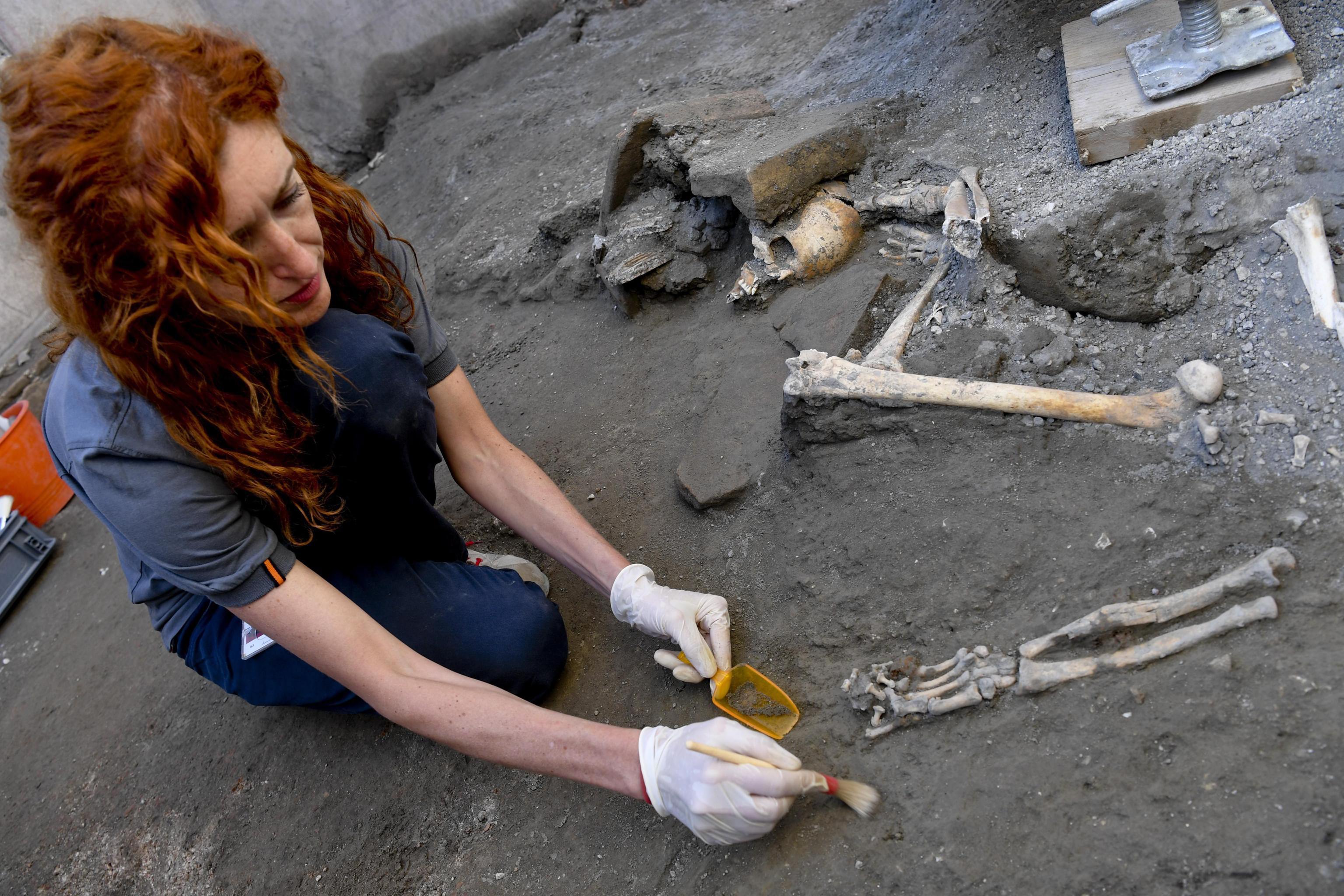 Pompeii officials said that in modern times, the tomb-raiders had “penetrated through tunnels and passages in the ash and lapillus [lava] that had buried the ancient city, to trace objects of value”.

Despite gruesome attempts to take the belongings of the dead, archaeologists discovered the remains of a ring and other small objects clutched in the hands of one male victim.

His hands were found in a separate location to the rest of his body.

After noticing holes in the walls, Pompeii experts explained that tunnels were created in previous excavations, “perhaps prior to the beginning of official research of 1748, which caused the upheaval of the skeletons". 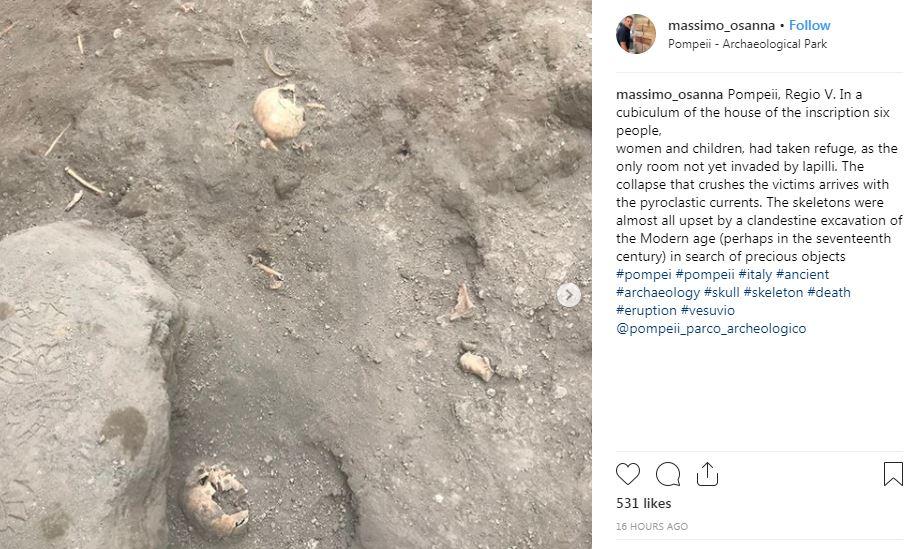 Pompeii director Massimo Osanna said on Instagram that six people, including women and children, “had taken refuge in a cubiculum [small room] of the house” to escape the volcanic eruption.

But that room collapsed and they were crushed.

He said: “The skeletons were almost all upset by a clandestine excavation of the Modern age, perhaps in the seventeenth century, in search of precious objects.”

The Garden House in which they were entombed holds a charcoal inscription that historians say supports the theory that the date of the deadly eruption was in October, and not in August 79 AD.

The writing states: “On October 17th he indulged in immodest food.”