Lawyers for former cricketer Michael Slater have told a Sydney court the former cricketer spent 108 days in a mental health facility after he was ordered to attend for at least three weeks under strict bail conditions set in December having allegedly breached an apprehended violence order.

Slater, 52, appeared at Waverley Local Court on Tuesday to apply to have charges he stalked, intimidated and harassed his ex-partner and breached an AVO dealt with under mental health legislation. 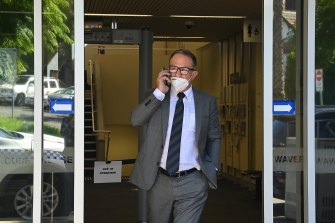 The former Australian Test cricketer was arrested at his Manly home on October 20 and charged with stalking and intimidating his partner at Randwick between October 12 and 13. He was also accused of using a carriage service to menace, harass or offend her between March and October.

An AVO was made at his first court appearance on November 11. Just over a month later, Slater allegedly sent the woman a barrage of offensive texts and calls, after what his lawyer James McLoughlin described in December as a “relapse” into alcoholism.

Slater was further charged with contravening an AVO, breaching bail, and using a carriage service to menace, harass or offend, and was only granted strict conditional bail in order to spend a minimum of three weeks in a hospital mental health unit. 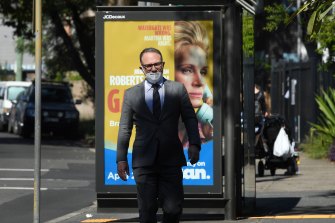 He also tendered a character reference from Mr Slater’s ex-wife, who is not the alleged victim, which stated: “the world is a better place with Mr Slater in it at his healthy best”.

But NSW Police prosecutor Lachlan Kirby said “the balancing act the court will have to apply in the public interest would fall in favour of not diverting Mr Slater from the criminal law”.

The alleged offending “was ongoing … it was controlling, it had considerable harm over the victim to the point the victim wanted to make a victim impact statement in regards to the criminal acts,” Sergeant Kirby said.

“Despite the fact that he was charged by police and subject to court restrictions, he continued to reoffend.”

The prosecutor said given that history, he had concerns about what would happen in the future after any orders for treatment are complete.

Mr Pontello said his client had already had his freedom restricted during his time in the facility, and that a diversionary program proposed in lieu of a criminal prosecution “does not mean Mr Slater is not exposed to punishment” as his freedom would be curtailed “to some extent”.

At a previous court mention, Slater’s defence counsel indicated he would plead guilty to all charges if the mental health application failed.

The matter will return to court on April 27 for Magistrate Ross Hudson to hand down his decision.