A SNAKE catcher who claimed to be immune to venom died after he was bitten by a black cobra he was trying to rescue. 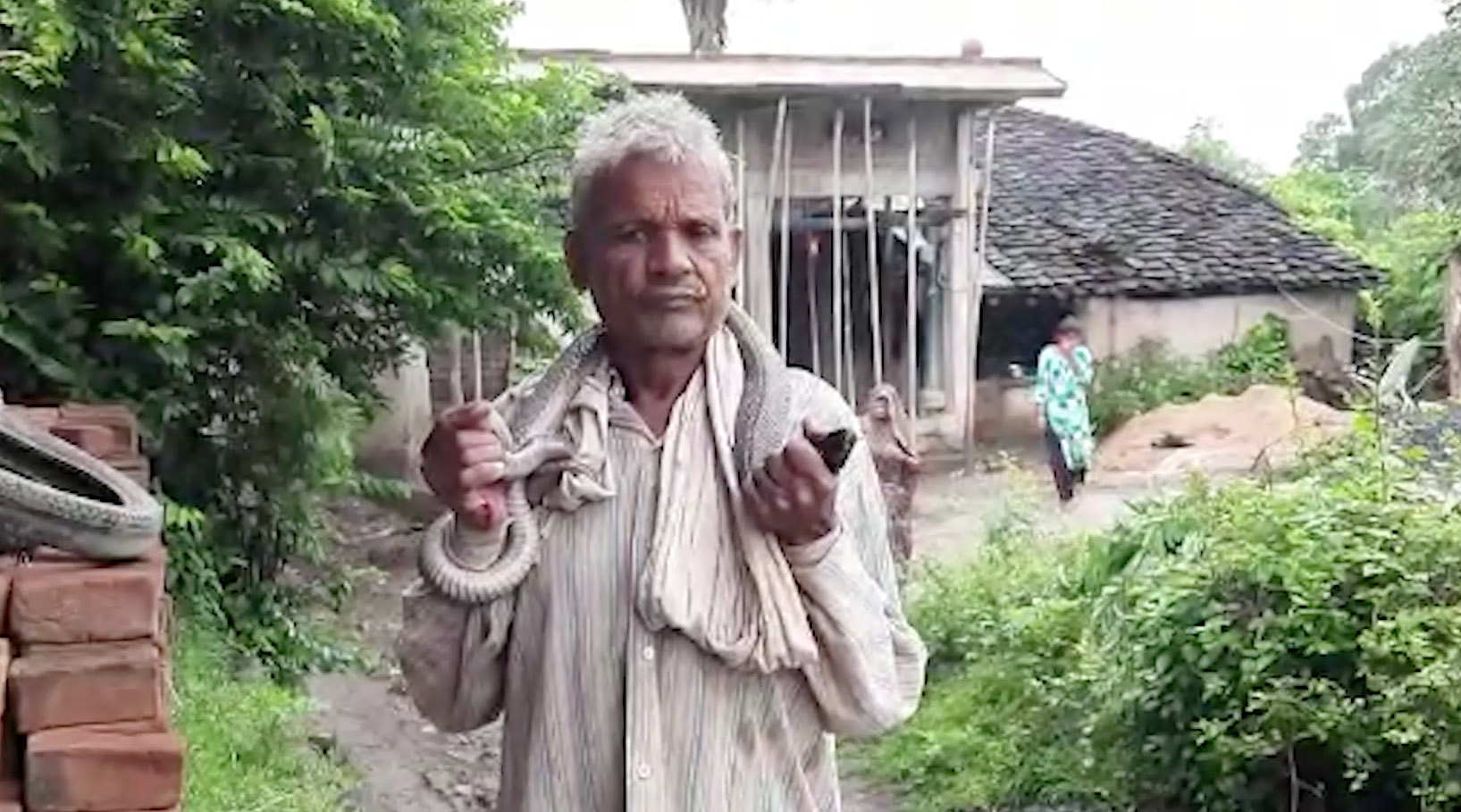 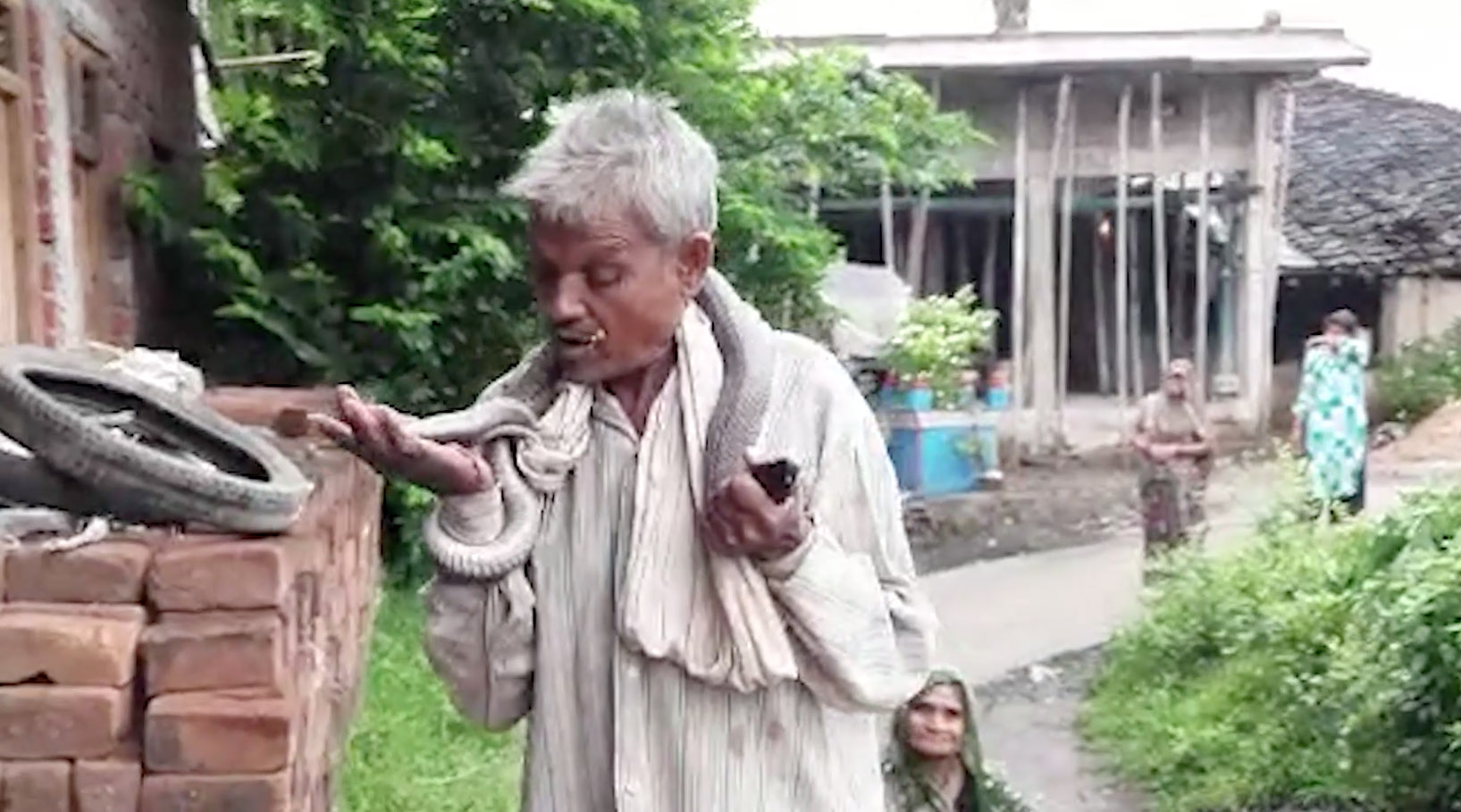 The venomous snake had entered the home of a local resident named Brajesh Rajak who called Pamma to remove it from the property.

Pamma, who has been a snake catcher for 20 years, claimed he was bitten by snakes on multiple occasions but said the poison never penetrated his body.

In a video taken at the scene, Pamma and his team are seen trying to retrieve the snake from under a table after the creature slithered away to hide.

He eventually managed to catch the snake and can be seen placing the reptile around his neck while parading around the village.

However, the snake unexpectedly twirled Pamma's right arm and bit his hand.

He can be seen crouching on the ground, sucking the poison out of his palm and spitting it on the floor.

He was later transported to a hospital as doctors investigated his condition.

The poison spread through Pamma's body and he eventually died from the venomous bite on Sunday.

The moment a man jumps from his bed after realising a huge cobra slithered under his blanket was caught on camera last week.

And last month a five-year-old girl was bitten on the face by a venomous snake at a petting zoo in Russia.

Back in June, a dad who was bitten by a King Cobra and was left completely blind lost the use of both of his legs. 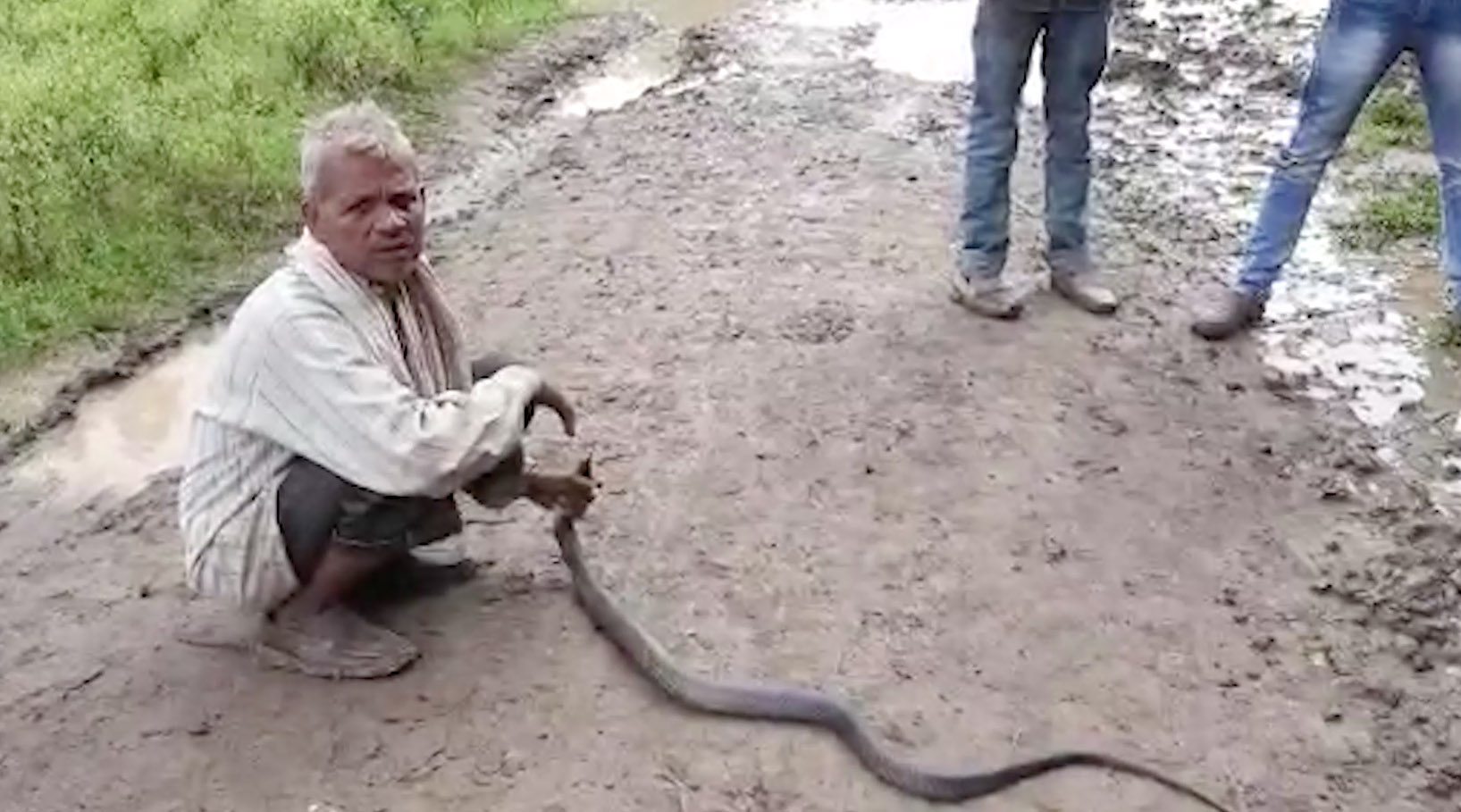 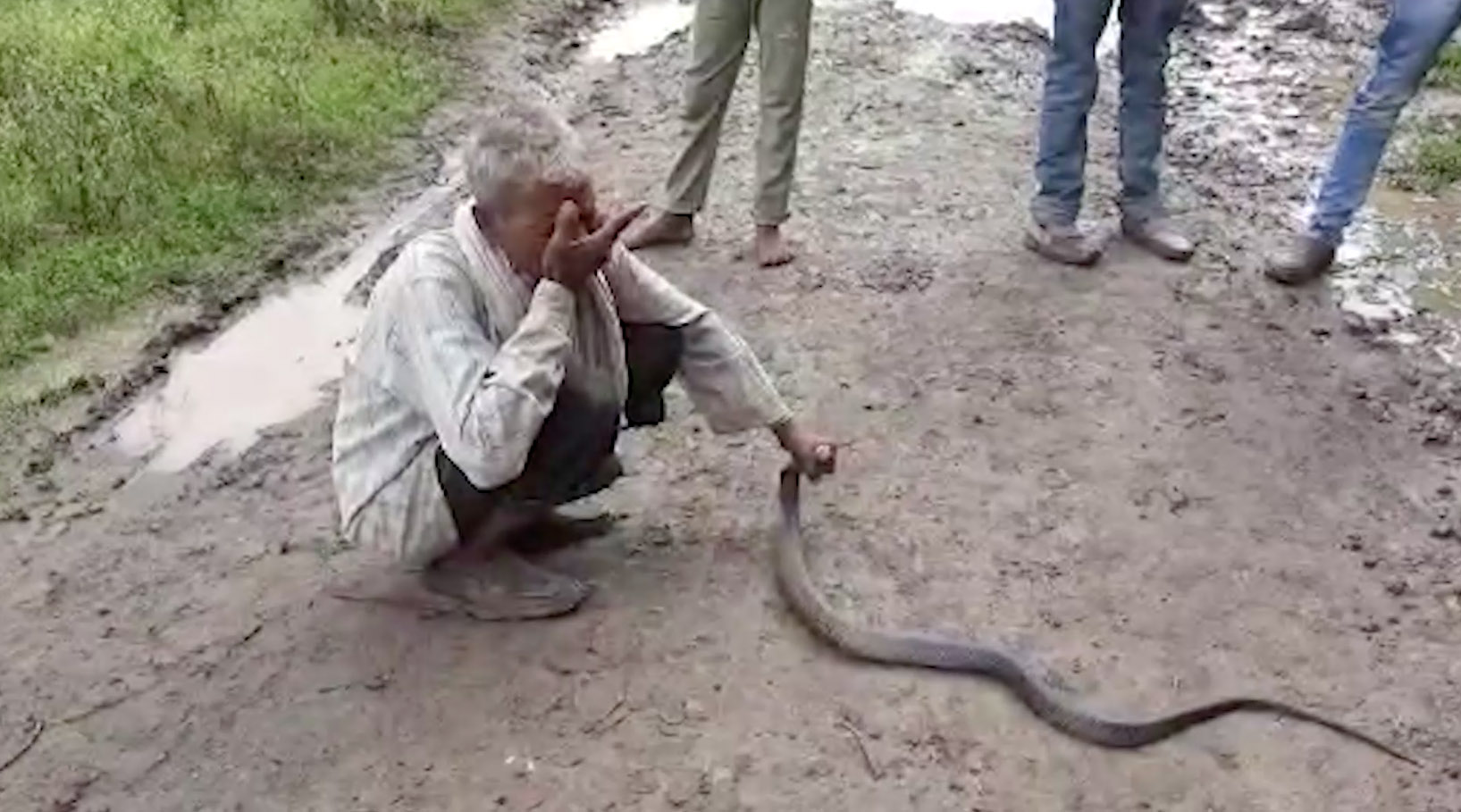