A FILIPINO ‘Snake Man’ who claimed to be immune to venom, has died after a cobra bit him on the tongue as he allegedly tried to kiss it.

Bernardo Alvarez, 62, caught the deadly Northern Philippine Cobra just moments before his death after it slithered into Mangaldan town, Pangasinan province on July 9. 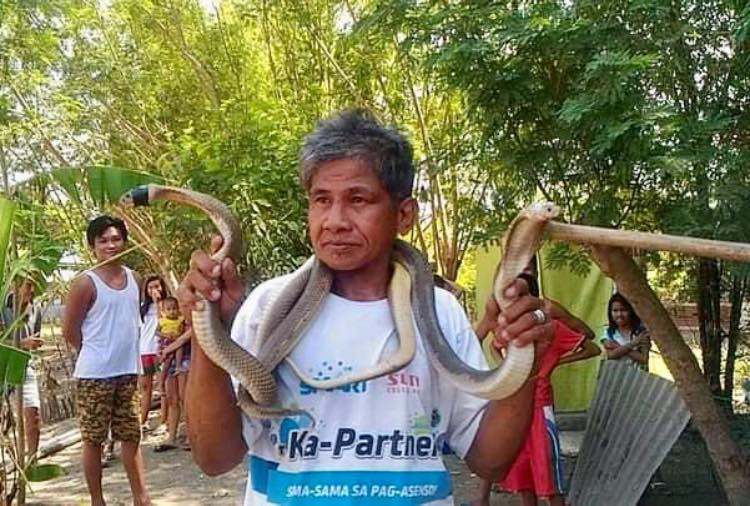 According to reports, the snake wrangler was cheered by neighbours as he caught the slippery reptile in front of an adoring crowd.

But, as he showed off the snake to onlookers, Bernardo held the cobra too close to his face, as he pretended to kiss it on the mouth.

The nother cobra – widely recognised as one of the most venomous snakes in the world – lunged at his mouth and bit his tongue.

The shocked man screamed in pain before collapsing to the ground – dying shortly after.

Provincial Health Officer Dr Anna de Guzman said: ‘The snake’s venom can cause paralysis which is what happened to the snake man. 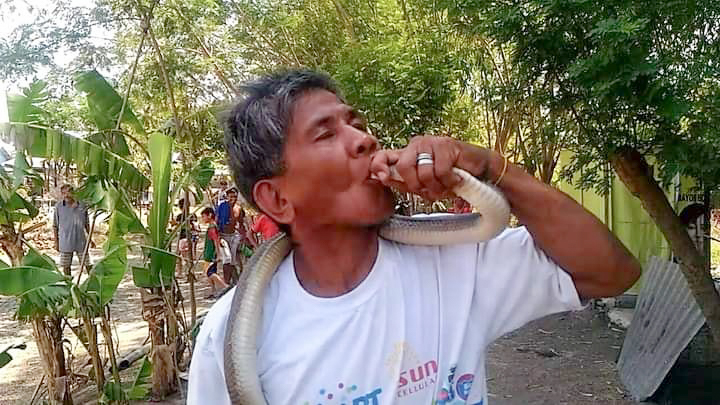 "This paralysis could can stop the breathing of the victim, affect the flow of oxygen in the body, and eventually stop the beating of the heart."

Medics rushed to revive Bernardo but he was no longer responsive and his body was already stiff from the effect of the venom.

They confirmed that the toxins from the bite, which directly attack the respiratory system of its victims, can be extremely deadly.

Bernardo's sister Teresa Oca, who was at the scene said: "A policeman and a doctor arrived to check on him and told us he had no pulse so they tried to revive him.

"They were not successful since the cobra’s venom was too strong. We don’t know how we could accept what happened to him."

The family confirmed that funeral arrangements have now been made Bernardo’s family at their home.

He is set to be buried this week.