Snow has been falling across parts of the UK all morning, with more expected to follow as the day goes on. Southern parts of England are most likely to see snow, but it should also fall in Wales and Scotland.

Snow has been forecast for southern England on Monday morning, with many people waking up to find blankets of snow in their gardens.

The Met Office warned that this week would start with some wintry downpours.

The snow might put a dampener on the re-opening of pubs and restaurants for outside table service, however.

All non-essential shops and restaurants were able to re-open from April 12, according to Prime Minister Boris Johnson’s roadmap out of coronavirus restrictions. 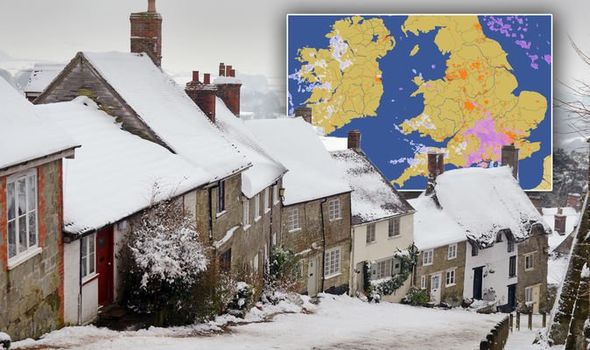 The Met Office tweeted on Monday morning: “The new week’s starting rather wintry across southern England and parts of Wales with some snow, which is giving a temporary covering in places.

“A cold and frosty start for most with icy stretches possible.

“Plenty of sunshine across Scotland and much of England but wet and wintry across Northern Ireland, Wales and western England.”

Where is it snowing in the UK right now?

Most of the snow is falling in southern parts of England right now.

London, Buckinghamshire and Berkshire are bearing the brunt of the snowfall.

But, it’s also falling in Sussex, Surrey, parts of Kent, and Worcestershire. 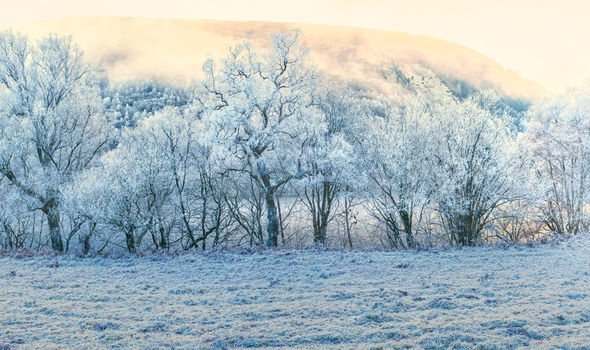 While it may feel odd seeing snow in April, it’s actually far more common than you may think.

On average, there’s more snowfall in April than in November, while some years have also had snow in May.

But, the wintry showers are expected to end for the week by Monday evening.

By Tuesday, the temperature should be warming up, with most parts of the country revelling in warmer weather.

It’s not uncommon to have these large fluctuations in weather at the start of spring, however.

Dr Mark McCarthy, Scientific Manager of the National Climate Information Centre at the Met Office said: “It’s not unusual to experience a wide temperature variation during a typical spring.

“Of course, you would expect the lowest and highest spring temperatures to occur at the beginning and end of the season respectively.

“But natural variation dictates that periods of lower than average temperatures are to be expected as we move through the season.”