Scotland could bring in its own quarantine for international arrivals if Boris Johnson’s quarantine hotel scheme is not tough enough, a senior SNP minister warned today.

Deputy First Minister John Swinney said the Scots government backed the idea of locking travellers in a hotel for up to 10 days, but any plan unveiled by Westminster politicians would only be the minimum of what could be introduced north of the border.

In a statement to the Scottish Parliament this afternoon he concede that such a plan could be ‘problematic’ in future if unrestricted travel between England and Scotland resumes, with arrivals able to sidestep Scots rules by flying to English and Welsh airports.

It came as ministers in Westminster were hammering out the details of plans for travellers arriving in the UK, amid warnings that locking them up at their own expense would bankrupt the UK’s travel industry and ruin the summer plans of millions of Britons.

Mr Swinney told MSPs at Holyrood: ‘Border controls will work best on a four nation basis. Otherwise for example if Scotland establishes a supervised quarantine regime and England does not, that could be problematic if unrestricted travel between Scotland and England resumes.

‘However if these UK restrictions are at a minimal level we will look at other controls we can announce, including additional supervised quarantine measures that can further protect us from importation of the virus. We will set them out next week.’ 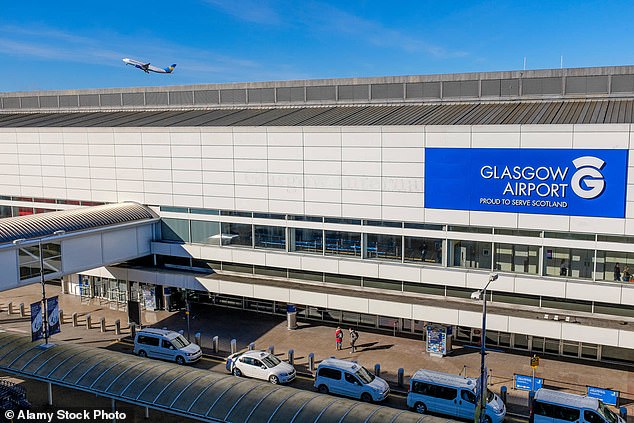 In a statement to the Scottish Parliament this afternoon he concede that such a plan could be ‘problematic’ in future if unrestricted travel between England and Scotland resumes, with arrivals able to sidestep Scots rules by flying to English and Welsh airports 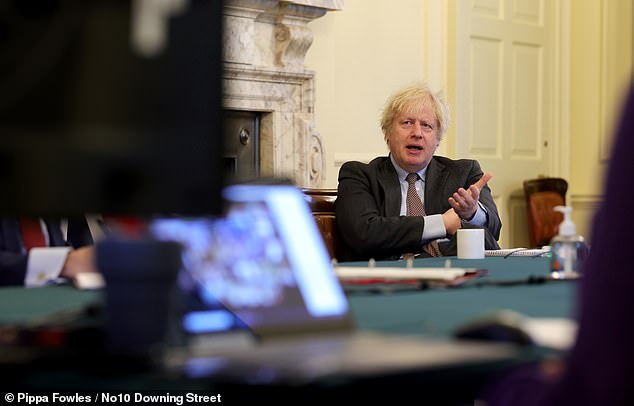 British holidaymakers have cancelled their 2021 summer breaks abroad and European beaches are empty today ahead of an expected decision tonight to introduce an Australian-style system that would see them locked up on their return.

Mr Johnson is expected to sign off on plans this evening to divert travellers entering the UK from high-risk Covid countries into hotels to stop new mutant strains of coronavirus like the ones from Brazil and South Africa entering the UK. But a decision on whether to expand the plan to those coming from other countries would be delayed.

The PM wants to force travellers entering the UK into quarantine hotels for 10 days where guests will change the sheets, empty the bins and be fed airline-style food three times a day while paying £1,500 for the privilege.

But there are grave concerns that the scheme will have no fixed end date – causing havoc for businesses – and may take weeks to set up.

Amid fury from the industry and consumers, a government source told MailOnline the decisions on the plan will ‘go down to the wire’, adding: ‘The meeting will be where the decision is taken. It’s not just rubber stamping.’

They also cautioned that some of those coming in might not be able to pay for their own hotel stay, and there might need to be means-tested support.

‘There’s a problem with Brits with not a lot of money … you can see it coming like a slow motion steamroller.’

Boris Johnson is due to hold a Downing Street press conference tonight at 6pm ahead of the meeting of the Covid-O committee that will make the decision.

It came as Vaccines Minister Nadhim Zahawi said it was ‘too early’ to book a summer holiday abroad – but some anxious Britons took to social media to admit the warning came too late, with some having bought flights for as early as the half-term holidays in mid-February.

Paul Charles, chief executive of travel company The PC Agency, said: ‘This is destroying confidence among holidaymakers. People are not booking summer holidays because they don’t believe there is an end game which will see these blanket measures removed.

‘This is a sure-fire way of destroying Britain’s aviation and travel industries. The Government needs to signal that they will withdraw the hotel quarantine rules by the end of March and return to a system of quarantining arrivals from high-risk areas only.’