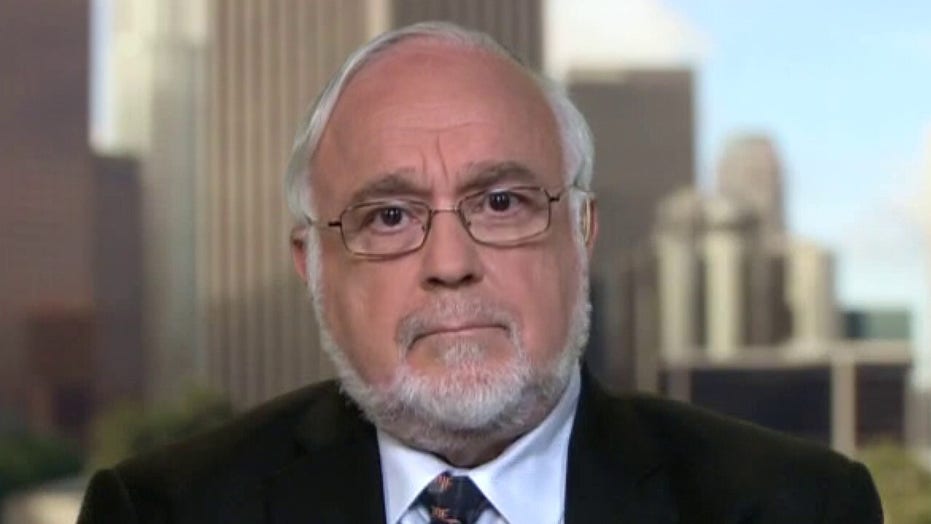 Los Angeles rabbi Abraham Cooper reacts to the wave of anti-Semitic attacks in the U.S. and argues Big Tech and social media play a role

Some experts dub the phenomenon, where social media is being used to encourage violence, the “TikTok Intifada.”

Dr. Tehilla Shwartz Altshuler, a senior fellow at The Israel Democracy Institute, told FOX Business that while posts on Facebook, Instagram, Twitter and TikTok “warn” users to certain forms of extremism, it’s encrypted apps such as Facebook-owned WhatsApp and Telegram, as well as private Facebook groups, where “incitement happens.”

“One thing that was very disturbing in Israel in the last couple of days was the use of those WhatsApp and closed Facebook groups … to incite violence against journalists and the media outlets themselves,” she said. “This is, again, something we’ve seen in the past but not in such an extreme manner. … It’s a bad time for democracy.”

It wasn’t much better on public-facing platforms, where tweets capturing the manifestation of that incitement quickly went viral.

Progressive members of the “Squad” – Democratic Rep. Reps. Alexandria Ocasio-Cortez of New York, Ilhan Omar of Minnesota and Rashida Tlaib of Michigan – embraced social media to express their support for Palestine and to condemn Israeli action.

Several prominent American rabbis suggested the high-profile stance of Squad members may have helped foster the violence in the U.S.

And as photos and videos of the Gaza violence spread from the Middle East across the globe, several well-known users were exposed for spreading past anti-Semitic rhetoric, including now-former CNN contributor Adeel Raja. Those past comments quickly entered the real-time news cycle.

She added that “hostile conversations can quickly turn into full-blown chaos, with room takeovers, moderators being kicked out, people moved down to the audience for different views and spin off rooms on the original room,” none of which is “healthy discourse.”

Users on traditional social media, which include high-profile journalists and politicians, have been sharing footage showing missiles lighting up a night sky, buildings collapsing, lifeless bodies being carried out of rubble and protests related to the conflict taking place outside of Israel. Users have also been posting their own commentary and opinions on the conflict.

Some posts on mainstream social media act as a catalyst for the extremist conversations taking place on borderline apps, Altshuler said.

“With young people, they watch TikToks over and over again. You never watch them watch once. You share them with your friends,” she said.

The tensions have spilled onto American streets.

The Los Angeles Police Department is currently investigating a possible hate crime after pro-Palestinian demonstrators hopped out of their vehicles while passing a Beverly Grove restaurant on Tuesday and allegedly began singling out and attacking Jewish diners as the brawl was caught on camera. The New York Police Department launched a hate-crimes investigation after similar violence in Manhattan.

“As the violence between Israel and Hamas continues to escalate, we are witnessing a dangerous and drastic surge in anti-Jewish hate. We are tracking acts of harassment, vandalism and violence as well as a torrent of online abuse,” the Anti-Defamation League said in a Thursday statement calling on U.S. leaders to stand up to anti-Semitism.

Ruby and Altshuler both expressed the need for more efforts from social media companies to combat hate and disinformation by improving their moderation systems, especially content moderation for Hebrew readers rather than English or Arabic readers, Altshuler noted.

“The people who have created these apps need to be on high alert during this time either through investment in AI, people and/ or both,” Ruby said. “Some discussions on social media are healthy if they allow space for civil discourse and dialogue. But there is a difference between dialogue and all-out social media war.”