She’s ready for her close up.

“SoHo grifter” Anna Sorokin was spotted shopping for makeup in Manhattan on Sunday, following her early release from an upstate lockup last week.

The 29-year-old scammer — who spent less than two years behind bars for ripping off businesses and banks to the tune of $200,000 — was trailed by a cameraman during the outing.

Sorokin was seen leaving the 5-star NoMad hotel at around 3:30 p.m., and strolling to Madison Square Park, before heading to a nearby Sephora.

She and a pal spent about half an hour inside the store, browsing and consulting with a salesperson, before exiting with a small shopping bag. They then hopped into an Uber.

The fashion-obsessed grifter wore dark pants and a black puffer coat, paired with white sneakers. She accessorized with large black sunglasses and a matching mask.

Later, Sorokin, who is also known as Anna Delvey, posted a photo in which she tagged NYC-based camera operator Douglas Higginbotham filming her in the city with the caption “Work work work work work.”

A Russian truck driver’s daughter, Sorokin posed as a German heiress worth millions as part of a plot to swindle banks and those around her in 2016 and 2017.

The con-woman infiltrated New York’s social scene, hobnobbing with the city’s elite and living in luxury hotels, without paying the bill, prosecutors said.

Her trial featured frequent meltdown over the less-than-glamourous garments she was offered to wear, postponing the hearings for hours. 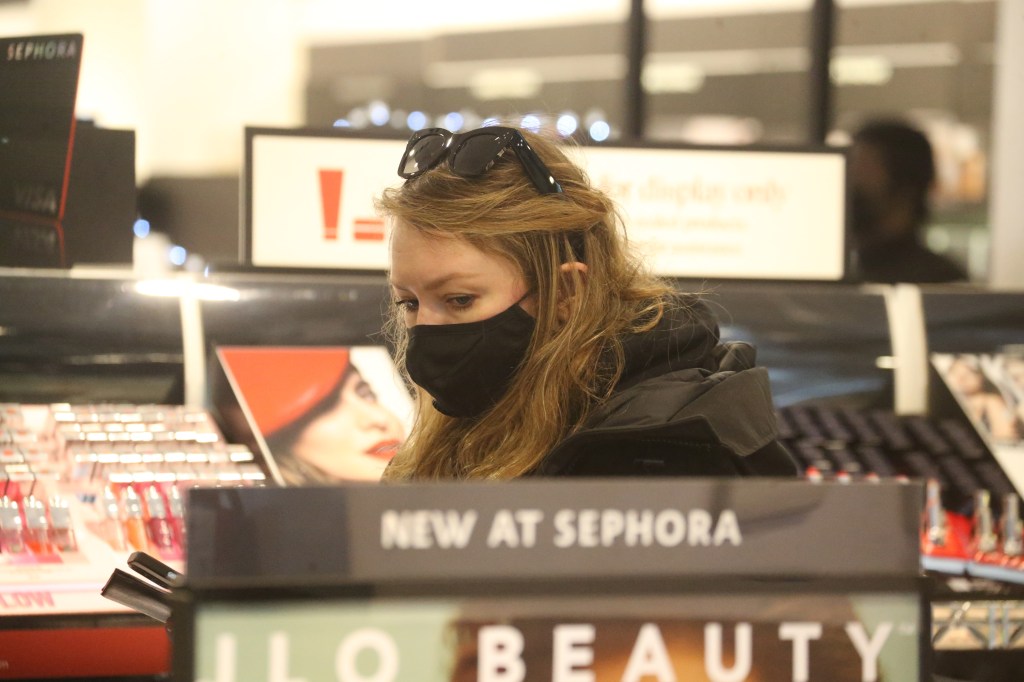 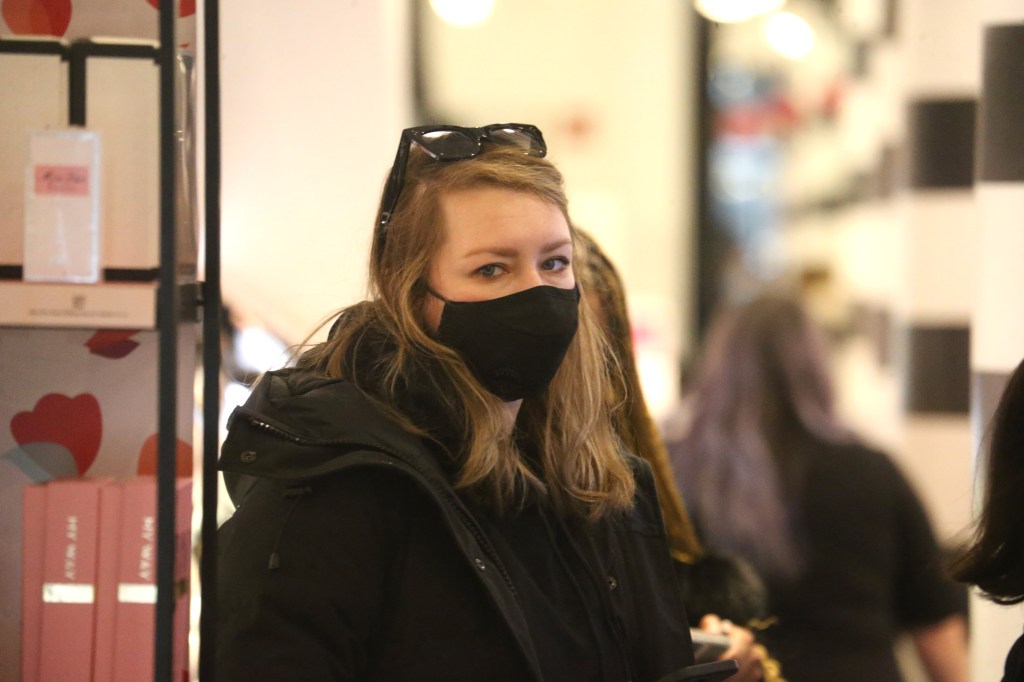 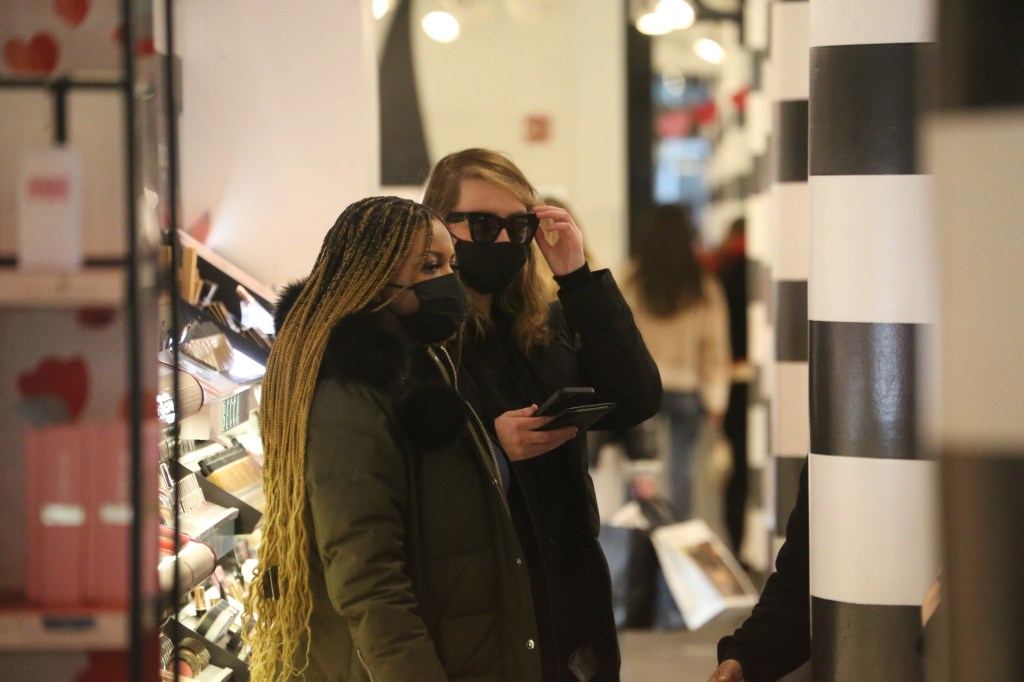