US and Mexican authorities have discovered a sophisticated, solar-powered tunnel connecting the two countries in a rugged, remote area east of San Diego.

The length of the tunnel, which hadn’t yet broken the surface in the US measure 627-feet long including 336-feet into California.

It originated in a home in the Mexican town of Jacume in Mexico and tunneled to the remote town of Jacumba in the US.

The tunnel has solar powered lighting, a ventilation system and a rail system that ran the entire length of the tunnel, as well as two sump pumps.

The following day they executed a search warrant and requested assistance from the U.S. Border Patrol’s Western Corridor Tunnel Interdiction Group (WCTIG) to enter the tunnel through the entrance location in Jacume in order to map it out. 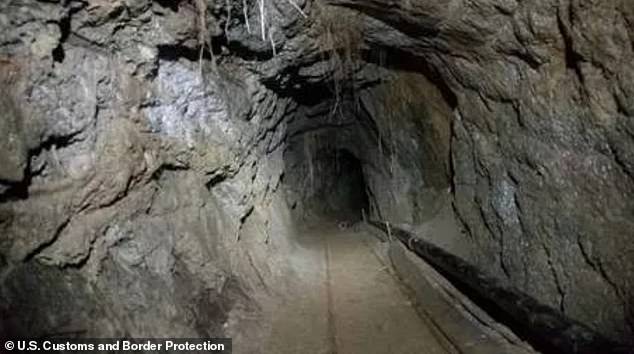 A sophisticated tunnel, which would likely be used for drug smuggling, was found between Mexico and the US 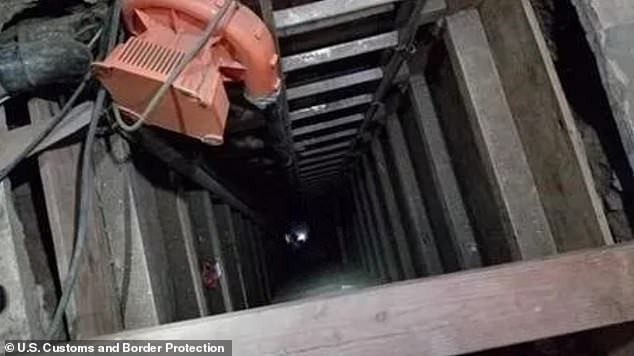 The tunnel originated in a home in the town of Jacume, Mexico but did not reach the surface of the United States 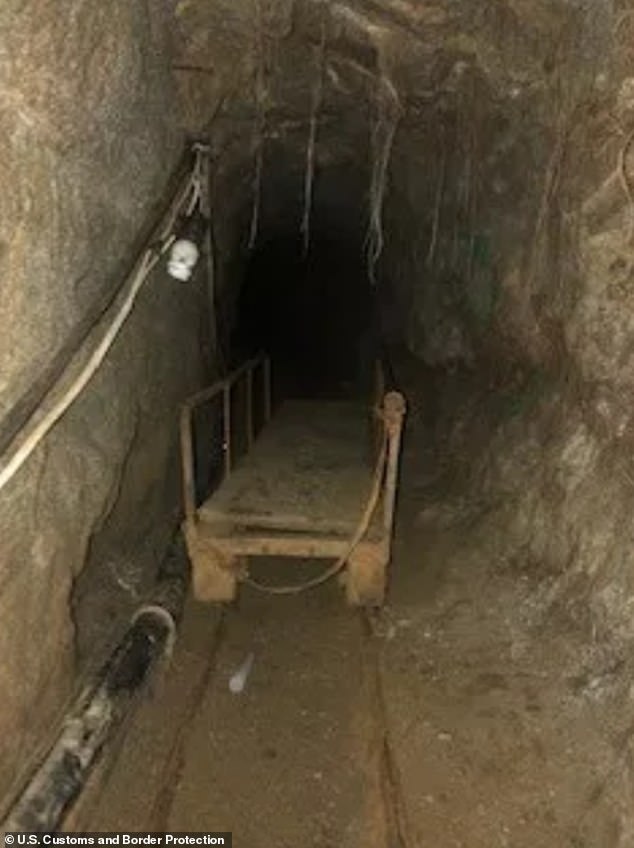 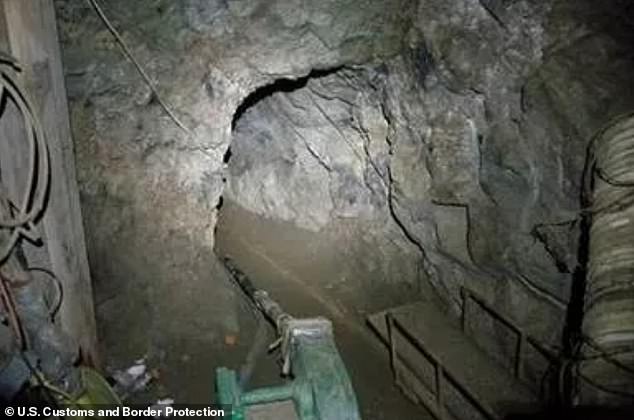 The tunnel was discovered in September by Mexico State Police while conducting an operation in Jacume, Baja California, Mexico, and stretched into Jacumba in the US

The average size of the tunnel in the United States was three feet in height and roughly two and one-half feet in width.

Agents reached an exit shaft that went approximately 15 feet up toward the surface but did not break the surface and did not have an exit point into the United States.

Based on the tunnel’s size and technology used, Border Patrol Agent Tekae Michael said it was a sophisticated tunnel that was likely intended to transport drugs into the U.S.

‘Sophisticated tunnels take a lot of time and money to make,’ Michael said, adding that they’re not uncommon to the area. ‘When we find them, they’re a pretty big deal.’