Layla Talu never imagined that her neighbours would betray her. But when former friends from the villages surrounding her home in the Sinjar district of northern Iraq gave away her location, her family was forced to flee.

At 7am on the morning of August 3, 2014, Layla, her husband, Marwan Khalil, and their two children, who were aged four and 18 months, left their home. Like tens of thousands of other Yazidis, they hoped to take shelter on Mount Sinjar.

But they never made it. Within a matter of hours, the Islamic State of Iraq and the Levant (ISIL, also known as ISIS) had encircled the city of Sinjar and its surrounding villages. Layla’s family was captured on the road and taken with dozens of other Yazidis who had tried to escape.

The men were separated from the women and children. That evening, Layla and her children were transported with others to Baaj district, southwest of Mosul, where they were held for four days. From there, they moved to Tal Afar, where they were detained in a school before being transferred again a week later to Badush prison. When the prison was bombed by coalition aircraft, they were sent back to Tal Afar.

The women and children were beaten, insulted, threatened and starved, Layla says. Then, after eight months of this, when many were exhausted by illness, they were transferred to the Syrian city of Raqqa, ISIL’s stronghold. 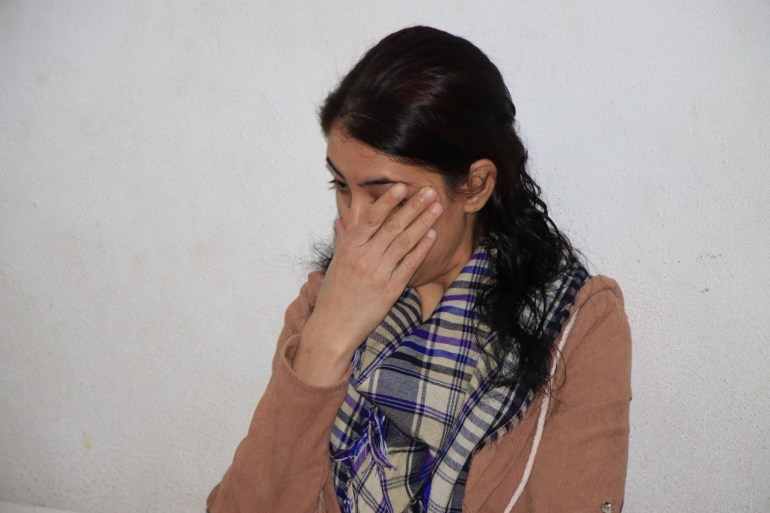 “We were transported to Raqqa in large buses with hundreds of other Yazidi women,” Layla recalls. “The way they dealt with us was not different from the way you deal with sheep and animals; they did not even provide us with adequate food and drink. We slept on the floor, and we received three daily meals along with beatings by ISIL operatives.”

Layla spent 40 days with her two children in a prison, before being moved to an apartment in the Al-Nour neighbourhood of Raqqa. It was the home of a senior member of ISIL.

The man was a surgeon. He was in his 40s, and short, with green eyes, fair hair and a full face, Layla says.

“He was tying me and beating me hard with a whip because I refused to submit to his brutality, so he raped me,” she says.

He later sold her to another man. This man came from Mosul, she says, and was in his 30s with dark skin and “black eyes”.

“He raped me several times, and then he sold me for a profit.”

I hope that telling my story will help me convey my suffering and the suffering of all Yazidis, especially women, to the world so that they may know the truth of the oppression, persecution, rape, murder and displacement that happened to us.

The man who “bought” her was from Baghdad, she says, and around 40 years old.

When Layla fell pregnant, she was forced to have an abortion.

“They used to call us ‘spaghetti’,” she says, “and tell us ‘you deserve nothing but death and being treated like slaves’.”

After this, Layla was raped by a Saudi man, who she says would beat and strike her with a whip. When she became pregnant again, her pregnancy was again forcibly aborted.

During this time, Layla was living in a small house with her two children, cut off from the outside world and with no knowledge of what had happened to her husband and the rest of her family.

She says the next person she was passed on to was a 33-year-old Lebanese man who would rape her with the help of his Dutch wife. While she was with him, she says many other men also raped her.

After two years in Raqqa, Layla was told she and her children would be freed following negotiations between her family and a Syrian smuggler, in exchange for more than $20,000.

Now aged 33, Layla shows the notebook she kept during her time in Raqqa. In it, she recorded some of the horrifying details of the experiences she and other Yazidi women and girls endured.

It was not without risk. She knew that if her captors found it, she would be in great danger.

But, for Layla, the need to show the next generation the oppression, persecution and displacement of those who came before them was even greater. She also hoped that by recording the atrocities committed against them, she might help secure justice for the victims.

Once she was freed, Layla’s thoughts turned to how she would be received by her community. Her fear of being rejected initially prevented her from talking about what had happened to her and the other Yazidi women and girls. But gradually, as she heard the stories of other survivors, she started to open up.

Now she hopes that by sharing her story, she can help to prevent this from happening to other women in the future. “I hope that telling my story will help me convey my suffering and the suffering of all Yazidis, especially women, to the world so that they may know the truth of the oppression, persecution, rape, murder and displacement that happened to us,” she says. 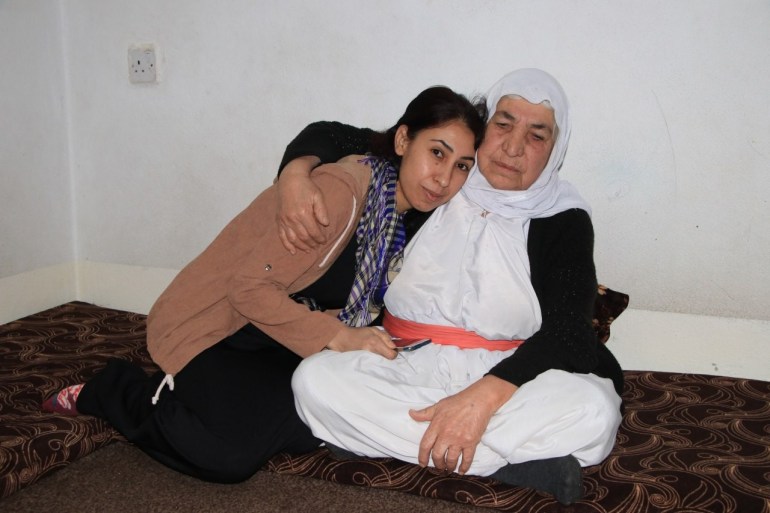 Layla considers herself one of the “lucky” ones because she and her children survived.

“A girl named Zairi committed suicide after she was raped,” she says. “She slashed her wrists with a sharp blade. Many Yazidi women did the same.”

But still, Layla is plagued by panic and fear whenever she remembers her time in captivity. The pain, emotion and shortness of breath that accompany these memories worsen when she shares them with other women from her community who were also taken captive, she says. Sometimes she wonders how she will be able to continue living like this, she reflects.

Layla hopes to one day be able to give evidence to the authorities about what happened to her and other women and girls.

But for now, she lives in the ​​Dohuk Governorate in northern Iraq, in a rented house paid for by one of her brothers. Her father died in January after losing hope that his oldest son would ever return, she explains.