A senior solicitor stole £2million from charities and other clients after being taken in by a lottery scam.

Hugh Lansdell, 70, has now been struck off the register for dishonesty after more than 40 years in the legal profession.

The Crown Prosecution Service is considering whether to bring separate criminal charges.

Lansdell’s downfall began in 2015 when he received a letter claiming he had won £1.8million in a lottery. But it was a scam to obtain fees to release the non-existent jackpot.

Over the following two years Lansdell repeatedly raided the accounts of Hansells, the Norfolk practice where he was a senior partner. He made out 59 payments to himself from the firm’s accounts, ranging from £1,500 to £168,500 and totalling almost £1.5million. 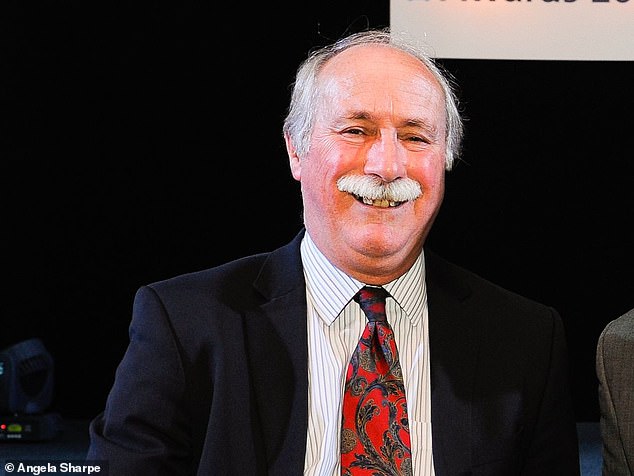 Hugh Lansdell, 70, has now been struck off the register for dishonesty after more than 40 years in the legal profession

Another £500,000 came from the sale of assets belonging to two charities and to a third client, for whom he held lasting power of attorney.

Once he had the money it was sent on to the fraudsters, the Solicitors Disciplinary Tribunal was told at a London hearing this month. Lansdell was caught when a fellow solicitor became concerned at the way he was handling client money and decided to report him.

A report from the tribunal said: ‘The lottery win was a fiction and the individuals who Mr Lansdell was in contact with were in fact seeking to defraud him by obtaining substantial payments.

‘Ningbo Two Birds Ltd, Jose Eudoro Torres Santana and PAXT Ltd are all persons to whom Mr Lansdell made payments.

‘This was supposedly in respect of fees required to procure the release of his lottery winnings, at the direction of the individuals who were defrauding him. The matter was investigated by the firm between May and August 2017. Throughout that period, Mr Lansdell gave an untrue explanation for the various payments which are the subject of the allegations against him.

‘He said they were investments in a risk-free investment scheme to which he had been introduced by his sister-in-law.’

Lansdell was suspended on August 2, 2017, and owned up to the lottery scam two days later.

A report from a psychologist said he appeared to have become obsessed with ‘the power of prayer and the guidance of God’. It added: ‘Unfortunately, it would seem that overvalued belief resulted in an inability to think rationally about the unfolding situation and led him to making some very serious errors of judgement.’

Lansdell, of Gresham, near Holt in Norfolk, admitted five counts of dishonesty. The disciplinary panel said: ‘Mr Lansdell was a solicitor of significant standing, having practised for 42 years.

‘His misconduct was very serious and occurred over a protracted period of time.

‘Given the serious nature of the allegations admitted, the only appropriate sanction was to strike the respondent from the roll.’

Lansdell was also ordered to pay £27,000 toward costs. Hansells and their professional indemnity insurers have paid back the clients who lost money.

Lansdell was arrested on suspicion of fraud and forgery in November 2017 and Norfolk Police confirmed a file had been passed to the Crown Prosecution Service.