State-owned port operator should rethink its deal with breakaway region and work with the government, says Somali FM. 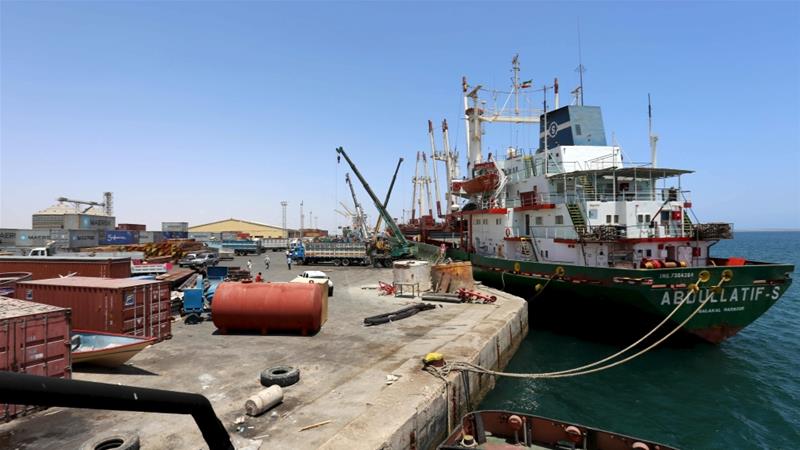 Somalia’s foreign minister said Dubai state-owned port operator DP World should reconsider its contract with the breakaway region of Somaliland and work with federal authorities so the East African country’s sovereignty is not violated.

“We are asking DP World to reconsider these agreements, particularly the one in Berbera port since Somaliland is claiming to be a state independent from Somalia,” Ahmed Isse Awad, told Reuters news agency on Friday.

DP World, the world’s fourth-largest port operator based in Dubai, said in 2016 it would invest more than $400m to develop the Berbera port. The deal also included the government of Ethiopia, which took a 19 percent stake in the port.

Abu Dhabi agreed in March to train security forces in Somaliland – a region in northern Somalia seeking secession from the rest of the country.

Mogadishu dismissed the agreement and called on the United Nations to take action.

Somalia’s ambassador to the UN, Abukar Osman, said the agreement between Somaliland and the UAE to establish the base in Berbera is a “clear violation of international law”.

“The Federal Government of Somalia strongly condemns these blatant violations, and reaffirms that it will take the necessary measures deriving from its primary responsibility to defend the inviolability of the sovereignty and the unity of Somalia,” Osman said.

Relations between Mogadishu and Abu Dhabi have been frosty since June last year after Mogadishu resisted UAE and Saudi pressure to cut ties with Qatar following a dispute between the Gulf neighbours.

Somalia said it was neutral in the GCC diplomatic rift.

UAE suspended operations at a hospital it ran in the Somali capital last week as tensions grew.

Also on Monday, the UAE said it would end its military training mission in the Horn of Africa country following reports that Somali officials had stopped a plane from the Gulf country from leaving an airport in the country’s Puntland region after Emirati military instructors on board refused to hand over their luggage to be scanned and searched.

Royal Jet is an airline based in Abu Dhabi, servicing the luxury market between the UAE and Europe.