Son who strangled his mother, 71, to death with an electrical cord from her mobility scooter after she threatened to throw him out is jailed for life 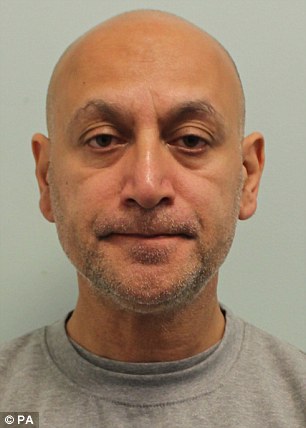 A son who murdered his mother using the cord from her mobility scooter after she threatened to throw him out has been jailed for life.

Majid Butt ‘saw red’ when his mother Onees Khatoon, 71, phoned her other son she ‘was fed up with him bossing her about’ and no longer wanted him in their home in Hayes, west London.

The 51-year-old strangled her with the electrical cord on May 13 before walking to a nearby police station.

Prosecutor Tom Little QC told the court Butt made his way to Hayes Police Station and told an officer: ‘I came here to confess that I have strangled my mother.

‘We had an argument this morning, she told me she was going to sell the house and make me homeless.’

Officers found Ms Khatoon lying on the living room floor with two pillows over her head and the scooter’s charger cord ‘wrapped several times around her neck’.

Butt admitted murder and was today jailed for life with a minimum term of 15 years and 10 months by a judge who labelled it an ‘act of unusual wickedness’. 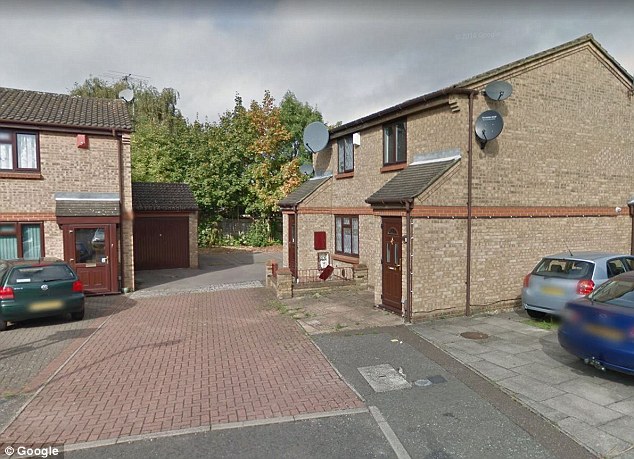 Butt ‘saw red’ when his mother said she no longer wanted him in their home in Hayes, west London (pictured)

Butt told officers his mother ‘did not appreciate him looking after her and never said thank you’.

He told officers: ‘I just had red mist. I remember seeing an extension lead, I just wanted to strangle her.’

Mr Little told the court Butt had a number of previous convictions, almost all for dishonesty matters, dating back to when he was a juvenile in 1986 through to 1993.

Police had been called numerous times since January 2008 about arguments between Butt and his mother.

In February last year Ms Khatoon dialled 999 telling the handler her son was refusing to leave her address and ‘she was scared of him’ but no further action was taken after she refused to provide a statement.

His barrister, Joe Stone QC, read out a two-page letter he penned in his prison cell while on remand at Belmarsh Prison.

In it he apologised for the ‘trauma’ he inflicted on his family and begged for their forgiveness.

Mr Stone said the killing was ‘very much a spontaneous act’ after learning he would be made homeless for the third time and explained how Butt had lived with his mother for 41 of his 51 years.

He said: ‘The true picture is of a tragic and spontaneous incident triggered in highly charged, emotional circumstances where the background is he loved his mother and cared for her over a substantial period of time.’

Judge Nicholas Cooke QC told Butt: ‘No sentence I can pass can undo the consequences of what you did. Killing your own mother, the person who brought you into this life, was an act of unusual wickedness.

‘Everyone owes a duty to care for and to protect their mother. You breached that duty in the most emphatic way.