The conflict surrounding Henry Cavill’s Superman status was fabricated and that the actor will be considered for future franchise films – but with competition from other stars, it is claimed

Henry Cavill may not actually be hanging up his Superman cape despite this week’s reports that he’s leaving the franchise, sources have revealed.

News broke Wednesday that the 35-year-old actor would no longer be donning the blue suit because of scheduling conflicts – sparking a firestorm on social media as fans speculated who would take over the coveted role Cavill has held for three films in five years.

However, insiders have now said that there hasn’t been any serious discussion within Warner Bros about Cavill’s involvement in the franchise as no new movies are currently in the works.

TMZ reports that if and when a new Superman project gets the green light, Cavill and others would be in the running for the role.

In the wake of reports of Cavill’s departure, fans have suggested a number of other actors who don the cape next, including Michael B Jordan, John Krasinski, Henry Golding and Armie Hammer. 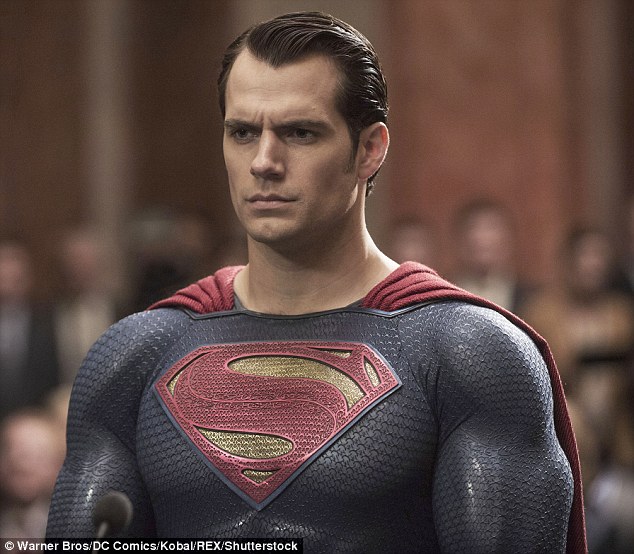 Insiders have said this week’s reported conflict over Henry Cavill’s future as Superman was made up, and that Warner Bros has not actually kicked the actor to the curb 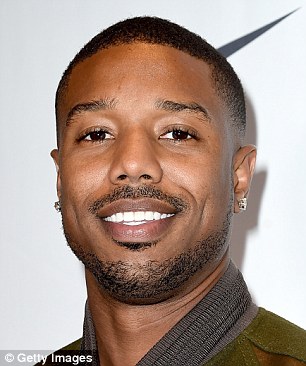 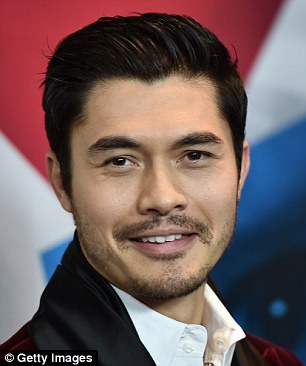 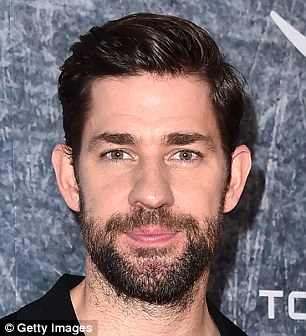 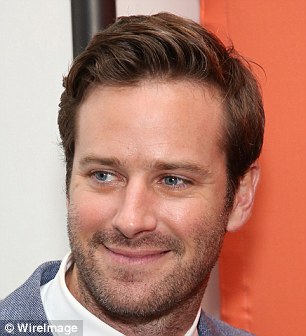 Should a new Superman film be greenlit, Cavill and others will be considered for the leading role, according to sources. After news of Cavill’s departure was reported Wednesday, fans were quick to suggest a number of other actors who could don the cape next, including (clockwise from top left) Michael B Jordan, Henry Golding, John Krasinski and Armie Hammer

The Hollywood Reporter wrote Wednesday that contract talks between Warner Bros and Cavill broke down because the actor wouldn’t commit to a planned cameo in the upcoming DC Comics film Shazam!, out next April.

It’s thought Cavill’s new lead role in Netflix series The Witcher led to his unwillingness to appear in the movie starring Zachary Levi.

On Thursday morning the actor threw fans into a frenzy when he posted a quirky Instagram video of himself playing with a Man Of Steel action figure.

In the clip he was wearing a stoic expression mimicking that of the Marvel character along with a shirt that had the words ‘KRYPON LIFTING TEAM’ written across the chest.

Fans were confused by the video, as they couldn’t tell whether he was confirming or denying the news of his departure, and many asked him to clarify what it meant. 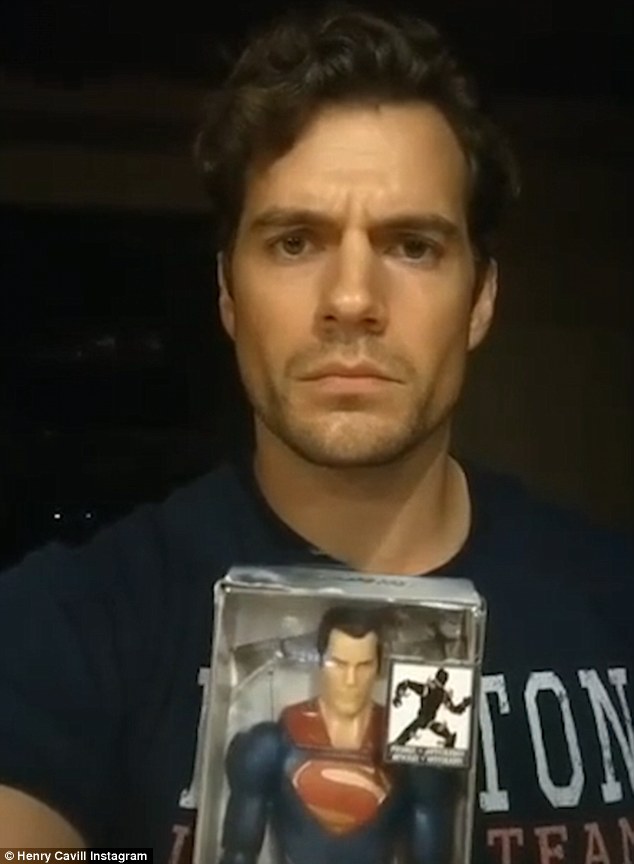 Many fans of the franchise felt that he failed to live up to the iconic role – and Cavill himself has reportedly complained that he hasn’t being paid what he’s worth. 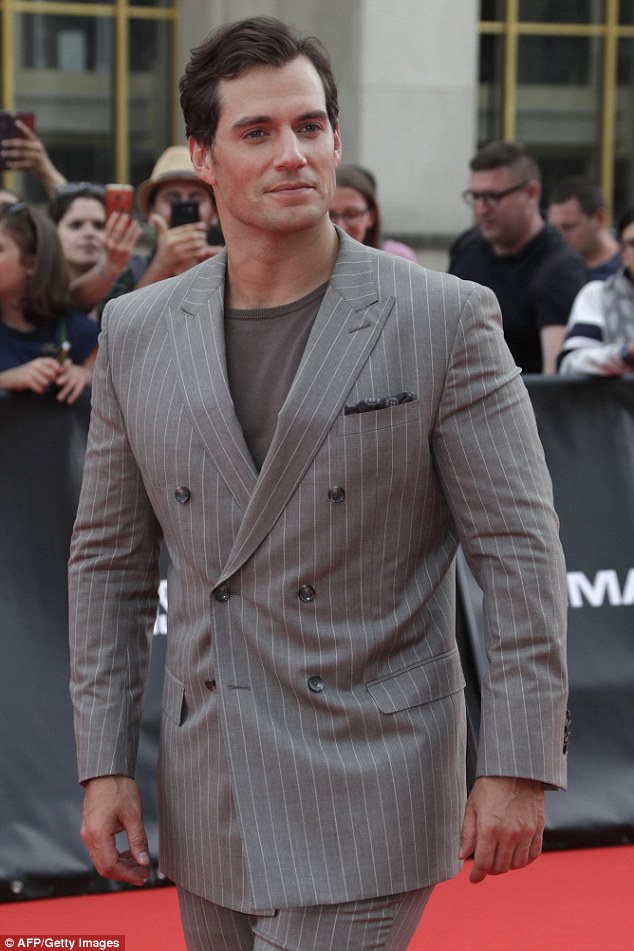 As of right now there are no new Superman films in the works as Warner Bros has turned its focus to a Supergirl origin movie, following the success of Gal Gadot as Wonder Woman.

A Supergirl film will follow rival Marvel’s introduction of Brie Larson as Carol Danvers, aka Captain Marvel – the first female superhero in the MCU to have a standalone film – next March.

With its Supergirl plans, WB is said to be keen to shelve the character of Superman for a few years before a Bond style reboot with a new leading man.

‘Superman is like James Bond, and after a certain run you have to look at new actors,’ a studio source has claimed to THR.

The source adds that the studio realises it may be due a shakeup as their last movies didn’t perform as well as hoped. ‘There’s a recognition that some parts of the previous movies didn’t work,’ says the studio insider. 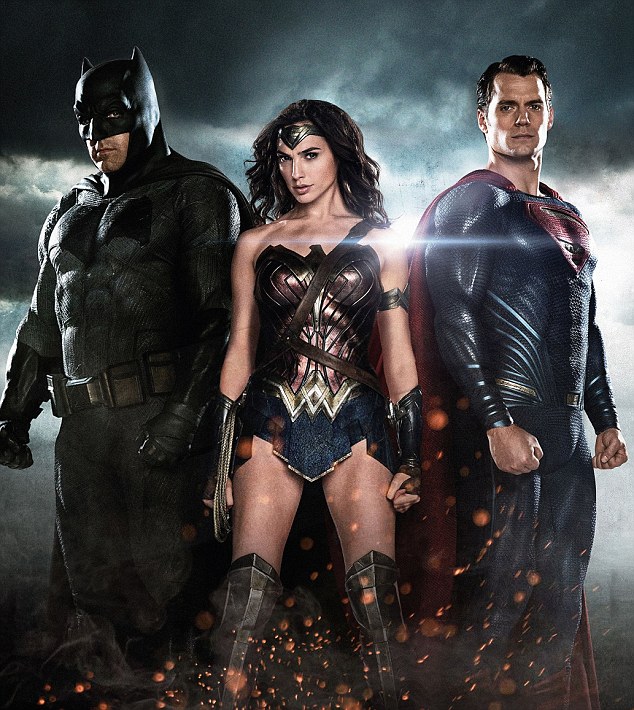 Justice League ended its theatrical run with a worldwide box office total of $657,924,295, meaning it stands as the lowest grossing film of the DC Extended Universe.

A representative for Henry has been contacted by MailOnline for comment.

It was announced last week that Henry has been cast in the upcoming Netflix adaptation of The Witcher as Geralt of Rivia, the main character in the popular fantasy universe that’s previously been adapted into a hit video game franchise.

The eight-episode Netflix adaptation of the bestselling medieval fantasy book series by Polish author Andrzej Sapkowski centers on the protagonist Geralt of Rivia, a monster hunter known as a ‘Witcher’ who travels the countryside slaying terrifying beasts.

Henry was last on the big screen in this summer’s blockbuster Mission Impossible: Fallout, alongside Tom Cruise.