JOHANNESBURG (Reuters) – Thousands of supporters of South Africa’s African National Congress (ANC) took to the streets of downtown Johannesburg on Sunday to celebrate victory in last week’s election despite a lower share of the vote. 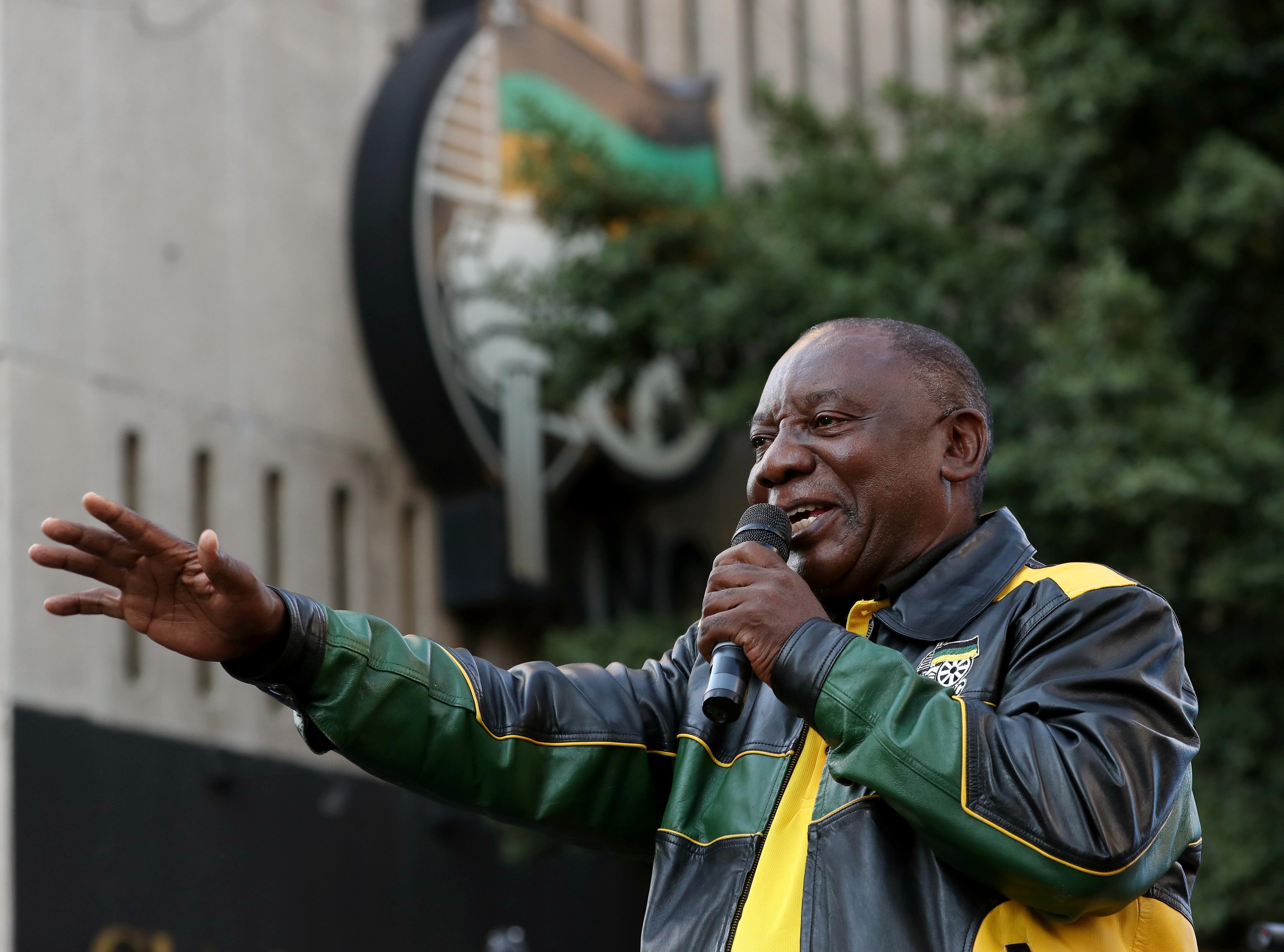 The ANC won 57.5% of the parliamentary vote and retained power in eight of nine provinces in President Cyril Ramaphosa’s first poll test since taking power in February 2018.

The result was the ANC’s worst performance in a parliamentary vote since the end of white minority rule in 1994, when it swept to power under Nelson Mandela.

But it was at least an improvement on its vote share in local government elections in 2016.

To supporters of Ramaphosa, the victory was an endorsement of his anti-graft agenda after replacing Jacob Zuma.

“Ramaphosa has done the right thing by targeting corruption. It helped us win the election,” said Tlaleng Radebe, 45, an ANC member from Soweto township on the outskirts of Johannesburg.

Another ANC member, Themba Shabalala, 39, said he wanted to see Ramaphosa, a union leader turned business tycoon, rid the country of the “scourge of unemployment.”

Around 27 percent of South Africans do not have jobs, according to one definition of unemployment.

Radebe and Shabalala were part of a crowd of several thousand wearing the ANC colours of black, green and gold outside the party’s headquarters, Luthuli House.

Music blared from speakers and people waved party flags before Ramaphosa and other officials addressed them.

“This election was a most decisive election for us. We have learned our lessons, we have heard the people of South Africa,” Ramaphosa, 66, told the crowd to cheers.

Ramaphosa’s first full term as president should start later this month after his nomination by ANC lawmakers in the new parliament.

He replaced Zuma as ANC leader in December 2017, after a decade in which the party’s image was tarnished by corruption scandals and weak economic growth. He became head of state after persuading senior ANC officials to instruct Zuma to resign before Zuma’s presidential term was due to end.

Some analysts think last week’s election result will leave Ramaphosa short of ammunition to battle party rivals who oppose his reforms to tackle corruption and galvanize the economy.

Others say he did well to win a narrow majority in Gauteng province, the country’s economic hub where Johannesburg is located and where the ANC was under pressure. 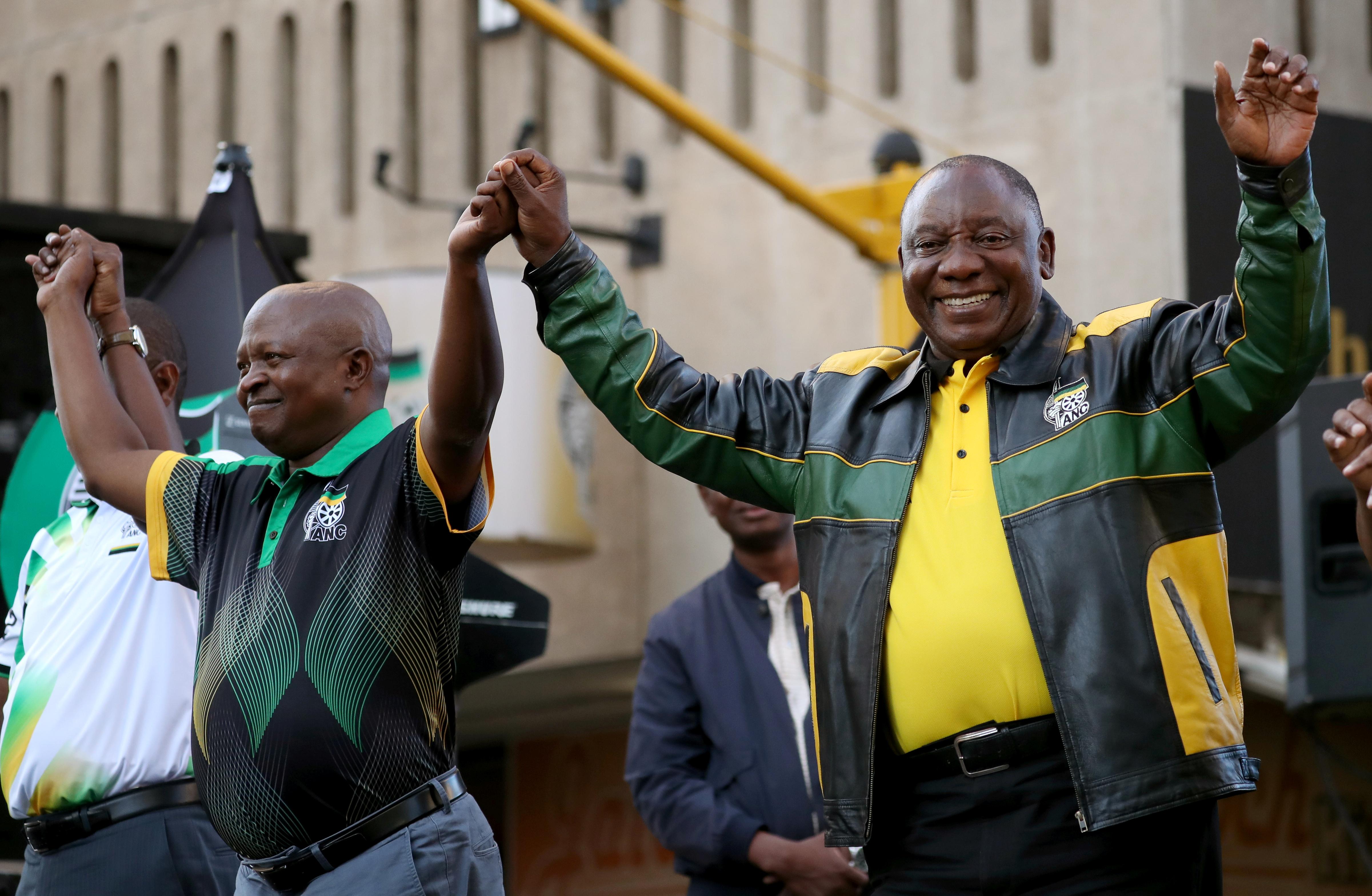 “Gauteng was our biggest challenge,” Ramaphosa said. “It does not matter how you get there, as long as you get there.”

Acknowledging that turnout at the election was lower than previous votes at around 65 percent, he urged more people to cast ballots next time.

The ANC achieved its best parliamentary election result in 2004 under former president Thabo Mbeki, when it won more than 69% of the vote.