he five-strong Royal Australian Navy (RAN) task force assembled in the Philippine Sea as the government aligned itself more closely with the US policy amid soaring tensions. In a declaration to the United Nations, Australia said China’s claims, which take in the majority of the disputed sea, had “no legal basis”. 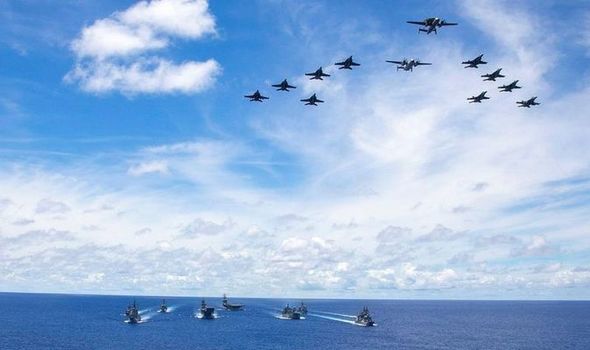 Commander of the Australian Joint Task Group, Commodore Michael Harris, said the opportunity to work alongside Japan and the US was invaluable.

He said: “Maintaining security and safety at sea requires navies to be able to co-operate seamlessly.

“The combined activities between our navies demonstrates a high degree of interoperability and capability between Australia, Japan and the US.”

Captain Sakano Yusuke, Commander of Japan’s Escort Division 4, said strengthening cooperation with the US Navy and Royal Australian Navy was vitally important for Japan and contributed to a free and open Indo-Pacific region.

Captain Sakano said: “The experience in this exercise will give us tactical and operational advantages and make our friendships stronger, in addition to our regular joint exercises with both like-minded navies.” 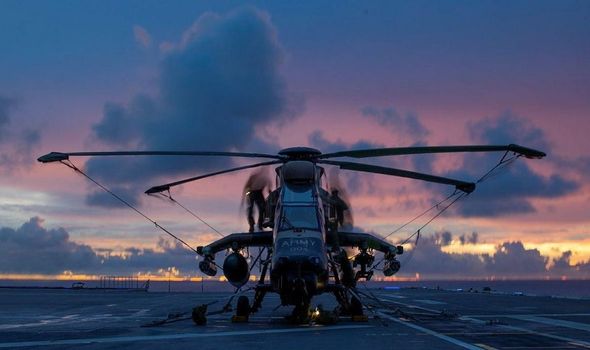 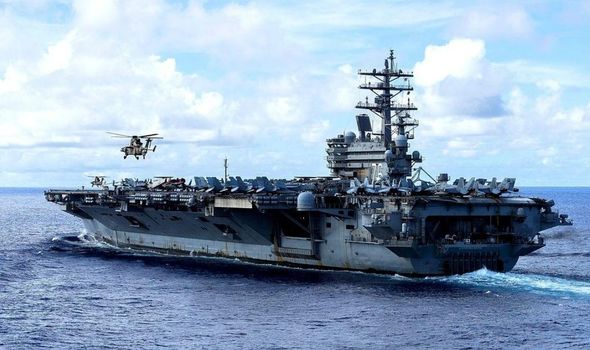 He said: “The relationships we’ve developed enable us to meet at sea and immediately operate at an advanced level.

“This highlights the enduring nature of our alliances with Japan and Australia.

“The United States is fortunate to routinely operate alongside its allies across the Indo-Pacific and coordinated operations like these reinforce our mutual commitment to international maritime norms and promoting regional stability.” 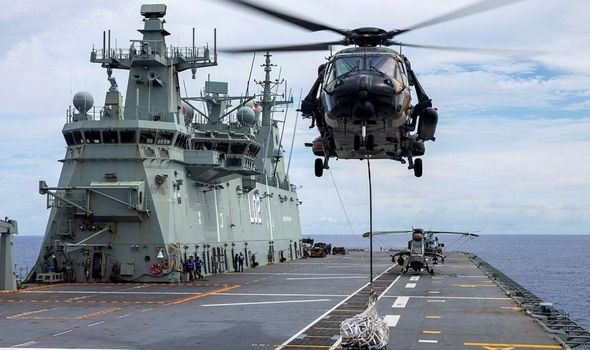 Defence analysts said the exercises were designed to send a clear signal to Beijing that allied forces were ready and able to team up effectively if the need arose.

The joint drills raised hackles in Beijing which blames Washington for trying to destabilise peace in the volatile region and warned it could beef up it military presence there if threatened.

An editorial in the the state-controlled Global Times said: “The Chinese People’s Liberation Army could be forced to increase its presence with routine deployments and exercises to safeguard national sovereignty and territorial integrity.

“These incidents, taking place thousands of miles away from the US and on China’s doorstep, have again proven that the US is the real pusher of militarisation in the South China Sea.” 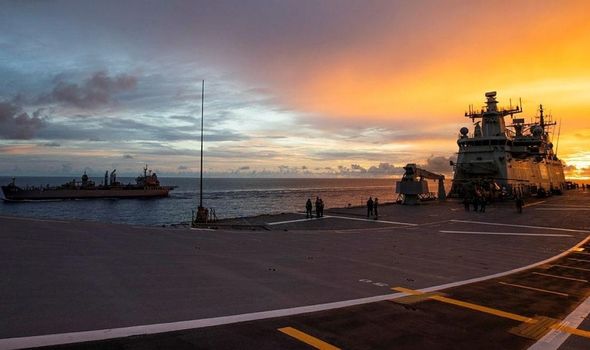 He said: “American aircraft carriers have been in the South China Sea in the Indo-Pacific since World War Two and we’ll continue to be there, and we’re not going to be stopped by anybody.

“We’re going to sail, fly and operate where international law allows and we do that, again, to assert international law and rights to back up the sovereignty of our friends and partners and to reassure them that we will be there to defend those things.”

The joint Australian, US and Japanese force will at the weekend move on to Hawaii for larger-scale war games, RIMPAC, involving many Pacific and Southeast Asian nations.

The USS Nimitz aircraft carrier, which had been operating with the USS Reagan earlier this month, has moved into the Indian Ocean where it is conducting similar interoperability exercises with the Indian navy.