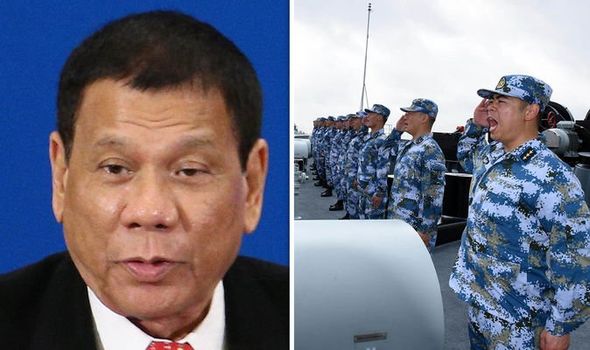 Sung Kim reiterated the US commitment to the treaty following reports Beijing sunk a Philippine fishing boat. The Chinese vessel reportedly rammed a fishing boat in Reed Bank. A total of 22 crew members on the boat were rescued by a nearby Vietnamese vessel.

Mr Kim said on Cignal TV’s One News: “(US Secretary of State Mike Pompeo) made clear that because the South China Sea is part of the Pacific, under the treaty itself, any armed attack on Filipino vessels, Filipino aircraft will trigger our obligations under the Mutual Defence Treaty.

“I think that’s about as clear as you can get without getting into millions of possible hypothetical situations.

“Any armed attack, I would think that would include government-sanctioned militias.

“We are totally committed to the obligations under the Mutual Defence Treaty and we will live up to those obligations. 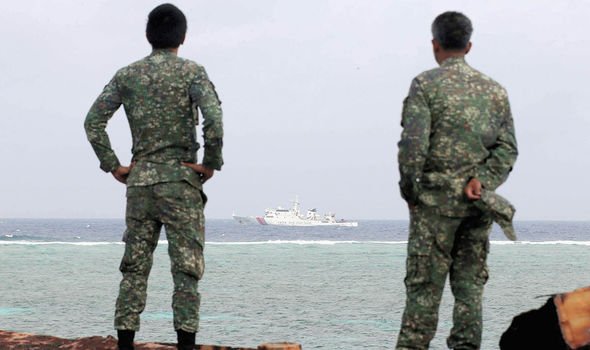 “I have confidence that our defence leaders in Washington and Manila understand what is at stake and that when we encounter situations that will require our commitment to come to reality, I think we will deliver.”

His comments come after the Philippines foreign secretary, Teodoro Locsin has snubbed any international support following the alleged attack.

Mr Locsin hit out at calls for support as he called the dispute “our fight”.

Philippine politicians have claimed the alleged incident was a “hit and run”, the South China Morning Post (SCMP) reported. 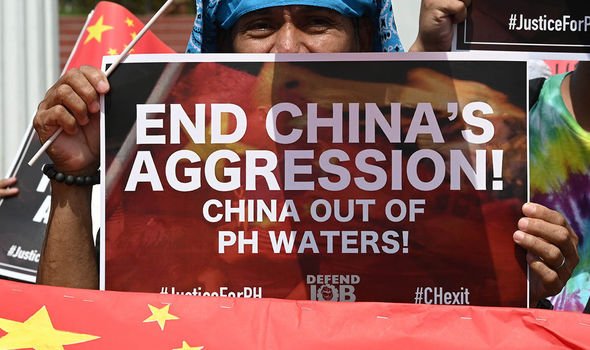 “It can be bought.

“This is our fight and in the end ours alone.”

However, the US ambassador stressed the need for accountability after an investigation into the incident.

Mr Kim added: “If in fact a Chinese ship ran into a Filipino fishing vessel and ran off without offering any assistance to the Filipino fishermen, I think that’s a very serious situation and I believe that’s why senior government officials here have called on Chinese authorities to investigate fully and hold those responsible accountable.”